Alexandria, VA – May 8, 2019 – Today, Bill Shedd, president of the American Fishing Tackle Company (AFTCO) and a 25-year Chairman of the American Sportfishing Association’s (ASA) Government Affairs committee, testified before Congress on the impact of drift gillnets on sportfish populations.

The U.S. House of Representatives Natural Resources Subcommittee on Water, Oceans, and Wildlife held a legislative hearing today on multiple bills including the bipartisan Driftnet Modernization and Bycatch Reduction Act (H.R. 1979), which is supported by ASA. H.R. 1979 would align federal law with California state law and modernize the swordfish fishery by phasing out mile-long drift gillnets that contribute to significant bycatch. Shedd’s testimony helped to elevate how the bill would greatly reduce the amount of bycatch, which includes important fish for recreational anglers.

“When commercial fishing methods cause excessive amounts of bycatch that impacts sportfish populations, something must be done,” said ASA’s Pacific Fisheries Policy director Danielle Cloutier, PhD. “Making sure fish populations remain healthy means we must transition away from outdated fishing methods, such as mile-long drift gillnets, and replace them with alternative gear that is sustainable both from a conservation and economic prospective, as H.R. 1979 would do if passed.”

Cloutier noted, “Shedd’s testimony before the U.S. House Subcommittee on Water, Oceans, and Wildlife makes the case that it’s time to close this loophole in federal law that still allows for the use of drift gillnets. Once the drift gillnet fishery is phased out, we will be better able to manage marine life and make sure that abundant sportfish populations are available for future generations.”

“There have been decades of effort trying to clean up the California swordfish fishery, yet it remains one of the most indiscriminate fisheries in the country,” said Shedd. “Passage of H.R. 1979 will greatly reduce unnecessary bycatch, help produce a higher quality seafood product and even increase the number of recreational and commercial fishing jobs in the California swordfish fishery. This is an opportunity to take a sustainable replacement for drift gillnets and make the fishery bigger.”

Shedd’s full testimony to help phase out the use of drift gillnets in California’s swordfish fishery can be found by clicking here. Additionally, anglers can take action by contacting their members of Congress and asking them to support H.R. 1979.

Drift gillnets are nearly-invisible nets, fifty yards deep and up to a mile long. The nets drift freely overnight in the ocean and catch valuable swordfish. But, drift gillnets also ensnare 70, or more, other species of ocean wildlife. This results in over half of the catch being discarded as unwanted waste, and approximately 20 percent of this is already dead upon release. Recognizing the indiscriminate nature of drift nets, the United Nations banned large-scale drift nets on the high seas twenty years ago. Federal waters off the coast of California are the only area in the U.S. where this gear is still allowed.

Today’s committee hearing is a continuation of ASA’s years-long effort to phase out the use of drift gillnets at the federal and state levels including: 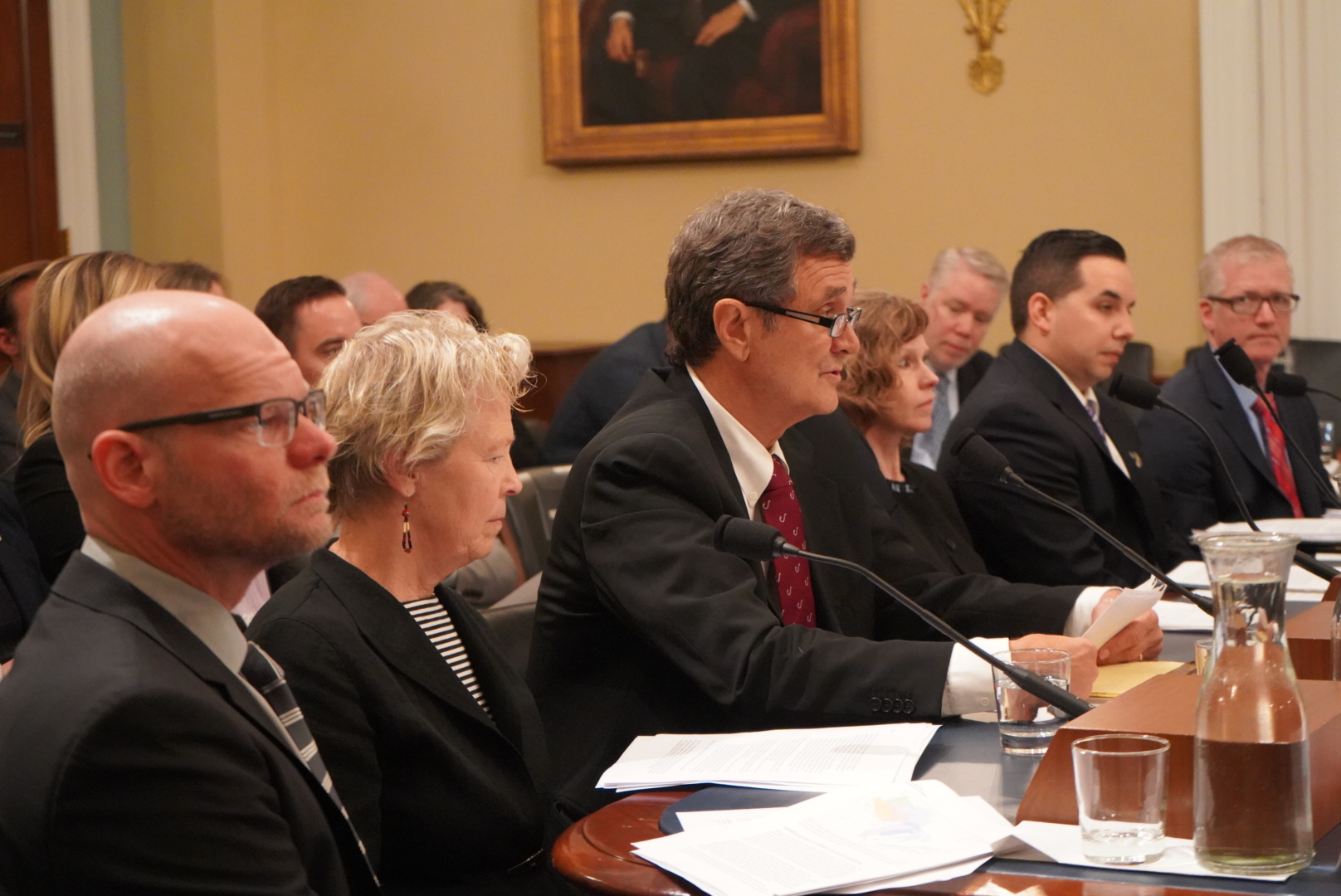 Bill Shedd, president of the American Fishing Tackle Company (AFTCO) and a 25-year Chairman of the American Sportfishing Association’s (ASA) Government Affairs committee, testifies before Congress about the devastating impact that drift gillnets have on sportfish populations.

« Are you ready to Spring into Savings?
Mercury Marine’s product development team achieves more than eight million hours of no-lost time and makes donation to local fire and first responders »