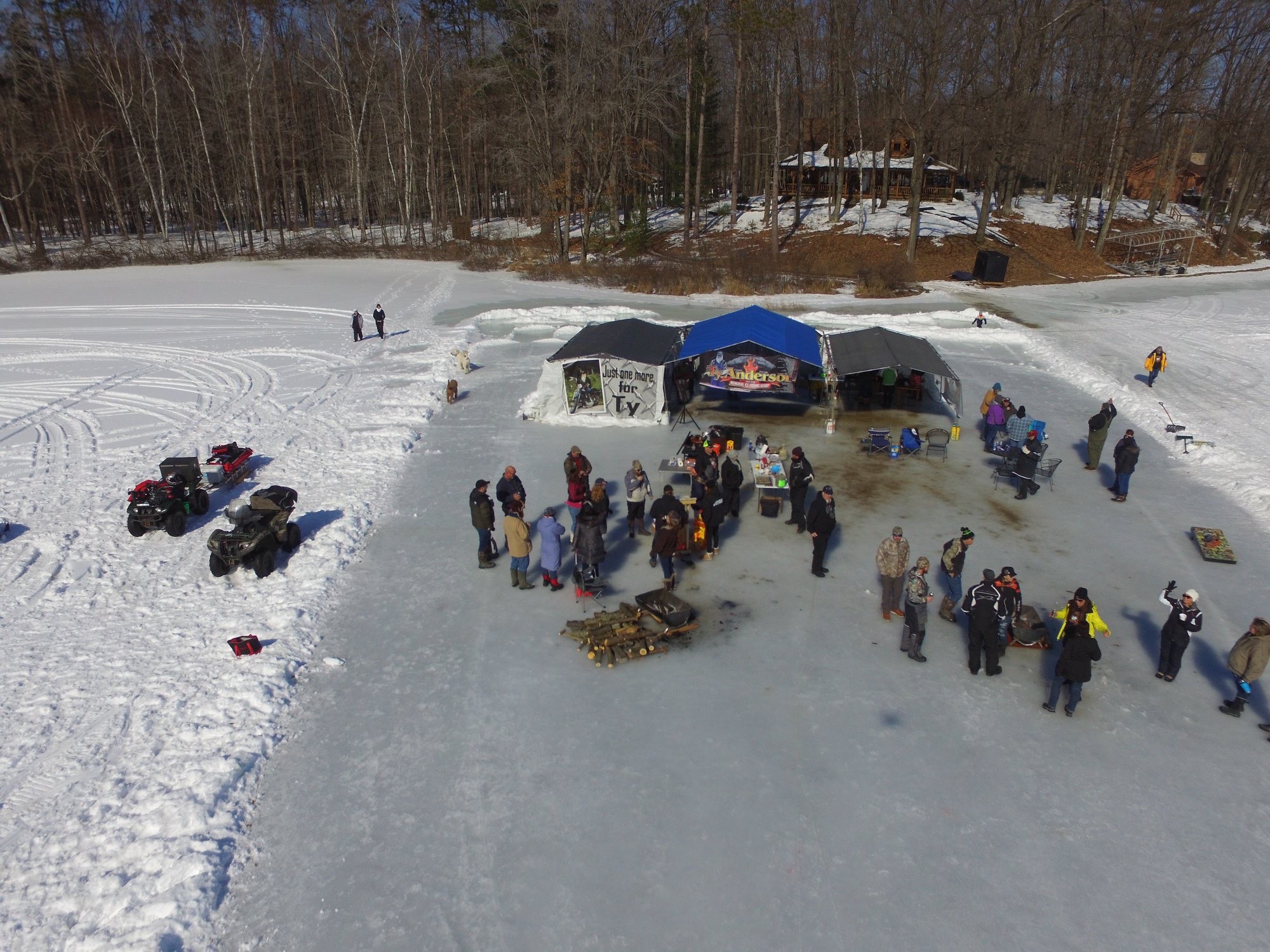 There were 176 anglers with 27 anglers under the age of 18 who took place in this exciting even on beautiful Pratt Lake in Gladwin Michigan.  The event was put on by NPAA Member Jake Trombley (#490) along with Lacey Anderson, Cindy Anderson, Peter Schaefer (#553), Bob Leslie (#361), Jesse McKinnon, Ben Redman, Erin Redman, and Becky Noteboom.

The 27 youth anglers received an ice fishing rod courtesy of the Future Angler Foundation and NPAA along with a T shirt and each received a goody bag thanks to the Michael J Annual Fun Run donated by Jay’s Sporting Goods.  The youth in this event learned the importance of clean drain dry for preventing the spread of aquatic invasive species as well as the importance of practicing catch and release on our smaller inland waters.

Pratt Lake is around 180 acres which put nearly one angler per acre of lake.  This was a catch, weigh, and release tournament which taught the next generation that not every fish needs to be kept in order to help sustain fishing for the generations to come.

The charity of choice for this year’s event was NPAA supporting partner Catch Your Moment Foundation who will be receiving the profits from donations for lunch, apparel sales, silent auction prizes and a restored 1970 Ski Doo donated by Andy Sheehan which was won by NPAA Board member John Gillman (#871).

Thank you for the continued support of the NPAA and the Future Angler Foundation for keeping our youth outdoors!

Click here to view drone footage of the event!