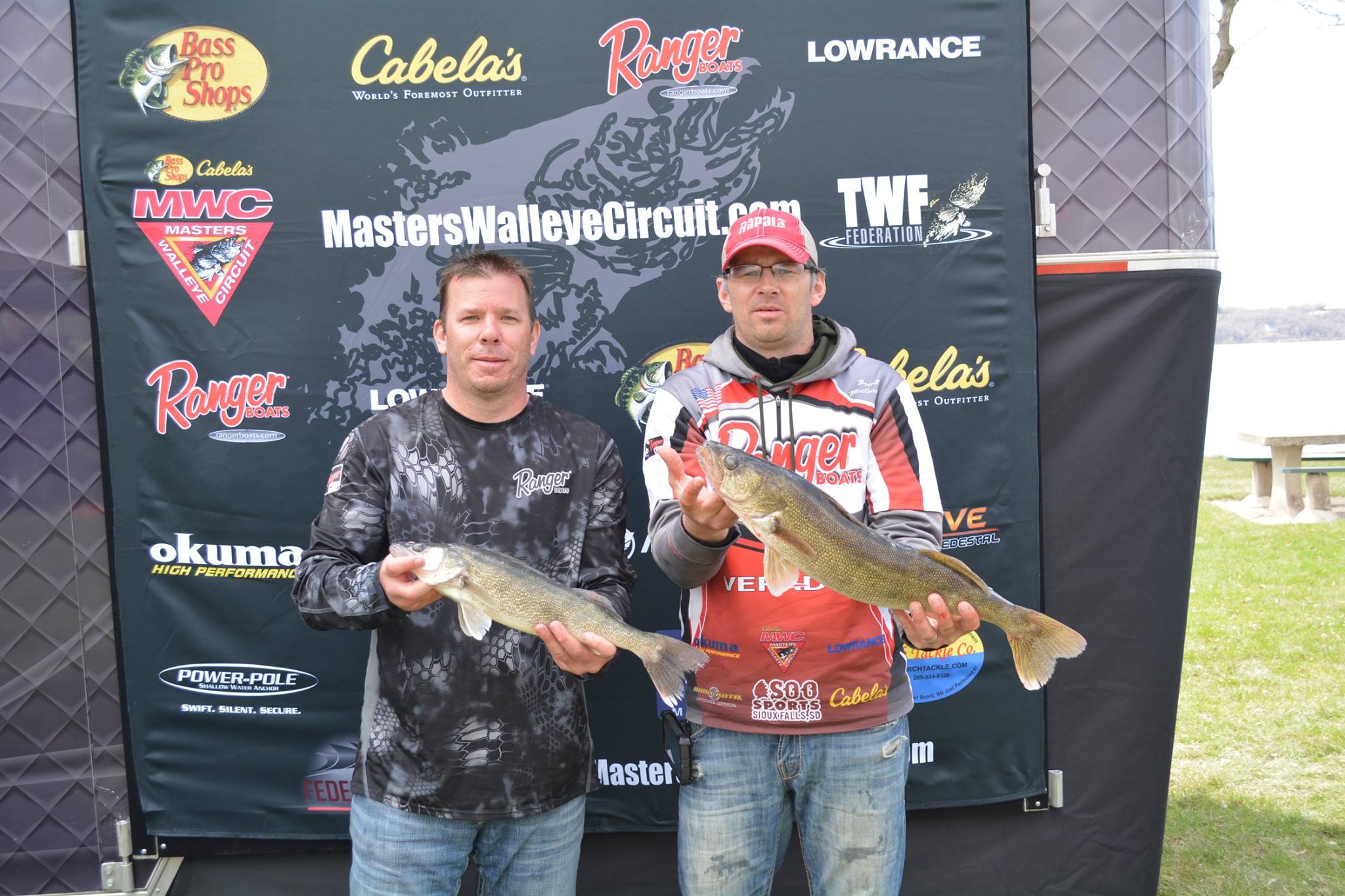 With a successful Bass Pro Shops & Cabela’s Masters Walleye Circuit (MWC) event on Lake Erie now behind us, we’re now heading west, to Big Stone Lake in Ortonville, Minnesota for the third event of the 2022 MWC season, this one, presented by Lowrance.

The lake is 27 miles long with walleyes to be found from the very upper reaches of the system to the dam found in Ortonville. Big Stone Lake is a unique body of water in that, it is relatively shallow in comparison to its size and also lies right on the border between Minnesota and South Dakota. This system is known to hold giant walleyes and the anglers competing in this tournament are hoping a couple show up each day on May 20th and 21st to bring to the scale at Ortonville City Park.

Big Stone Lake has unique regulations that only allow anglers to bring in one fish over 20 inches per person to the scales. That means the teams competing will have their work cut out for them trying to find not only a couple big fish but also good numbers of walleyes that are hopefully just under that 20-inch mark to give them the biggest bag. According to studies by the Minnesota Department of Natural resources, there are high numbers of fish in the 18-to-24-inch range which should make for some good weights. This year, after hearing feedback from the anglers and community the MWC is returning to Big Stone a few weeks later in the year to offer anglers a prime shot of some big post spawn walleyes that will hopefully be hungry after a long winter and the spring spawn.

Daily live weigh-ins will be held at the Ortonville City Park beginning at 3:00pm both days on May 20-21. We welcome everyone to watch the weigh-ins live, online, at masters walleyecircuit.com or on our Facebook page facebook.com/MastersWalleyeCircuit.

Each MWC event has a lucrative payout which is based on the number of teams entered into that event, and is awarded to 20% of the field, providing more inspiration to sign up and join the fun. In addition to a hefty check, the first-place team also earns a $1,000 Bass Pro Shops & Cabela’s National Team Championship (NTC) prize package including: paid entry, a travel stipend, team jerseys, and plaques. Additionally, the big-fish pot, option-pot and sponsor bonuses from Ranger Cup, Lowrance, Okuma, and T-H Marine Atlas Awards will add thousands more for distribution among the field.

Under the umbrella of The Walleye Federation (TWF), the Bass Pro Shops and Cabela’s Masters Walleye Circuit is North America’s longest-running and undisputed leader in team walleye tournaments and as an inductee into the freshwater fishing hall of fame, has set the standard for competitive walleye fishing for the past 38 years. The MWC is open to walleye anglers from all walks of life. The 2022 schedule includes seven qualifiers in six states, plus berths into the 2023 Bass Pro Shops and Cabela’s MWC World Walleye Championship in Pierre, SD.

fishingNewsTournamentwalleye
« BoatUS Consumer Alert: Be Wary of Any Letter Arriving by U.S. Mail Offering U.S. Coast Guard Documentation Renewal
5 Ways To Beat The Heat This Summer In Your Car or Boat »