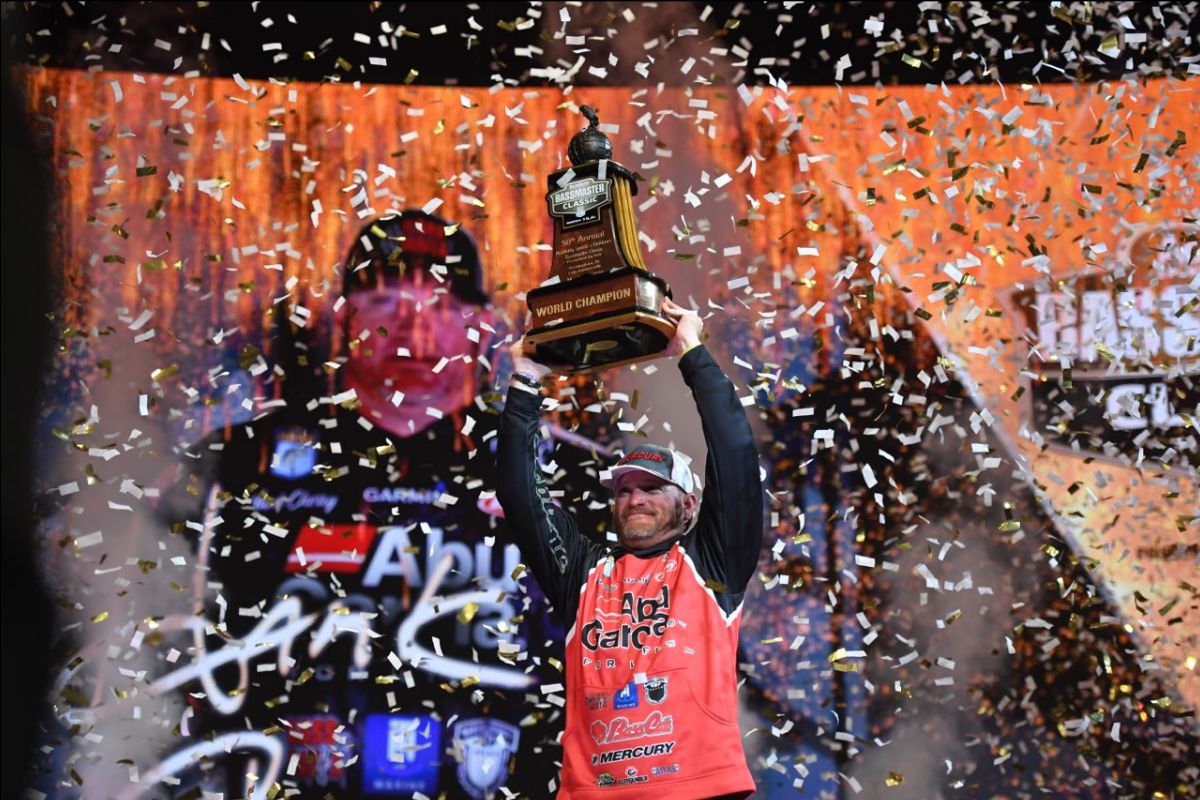 Abu Garcia pro Hank Cherry brought 19 pounds, 8 ounces to the scales on the third and final day of the 50th Bassmaster Classic, completing a wire-to-wire win with a total of 65 pounds, 5 ounces. With the win, his first Bassmaster Classic championship in five appearances, Cherry took home the $300,000 first-place purse and a career-defining victory for an angler with a lengthy list of accomplishments already to his credit.

Cherry started the 50th Bassmaster Classic with a bang, bringing 29 pounds, 3 ounces to the scales on Day One, a sack anchored by a 7-pound, 2-ounce kicker fish. Landing his biggest fish of the tournament on Day One, Cherry slipped and injured his right (casting arm) elbow, resulting in significant pain and swelling. With nearly an 8-pound lead after the first day of competition Cherry battled through his injury on Day Two, Cherry brought 16 pounds, 10 ounces to the weigh-in stage on Saturday and remained in the lead. Sunday’s third and final day of the Bassmaster Classic saw Cherry’s patterns continue to produce, helping him stave off potential challengers to win the tournament by 6 pounds, 11 ounces over second-place finisher Todd Auten.

“If this is a dream, I don’t want to wake up,” Cherry said. “I was close (to winning a Bassmaster Classic) before but it just wasn’t my time. This time it was.”

“To say we are proud of Hank for this historic victory would be a great understatement. He battled conditions and adversity that might have derailed other anglers proving how great a competitor he truly is,” said Abu Garcia Vice President of Marketing Jon Schlosser. “Abu Garcia’s prime directive is to produce the gear anglers need to be able to fish to win, regardless of whether they fish for fun or for a paycheck. We’re incredibly proud to see Hank take home the 50th Bassmaster Classic championship and proud of our team for producing the kind of gear that excels for the sport’s toughest competitors on the sport’s biggest stage.”