AIM’s First $9,000 Winners Do It As First-Time Partners At Lake’s North End To Take Day Two of the ‘Bago Beast’ 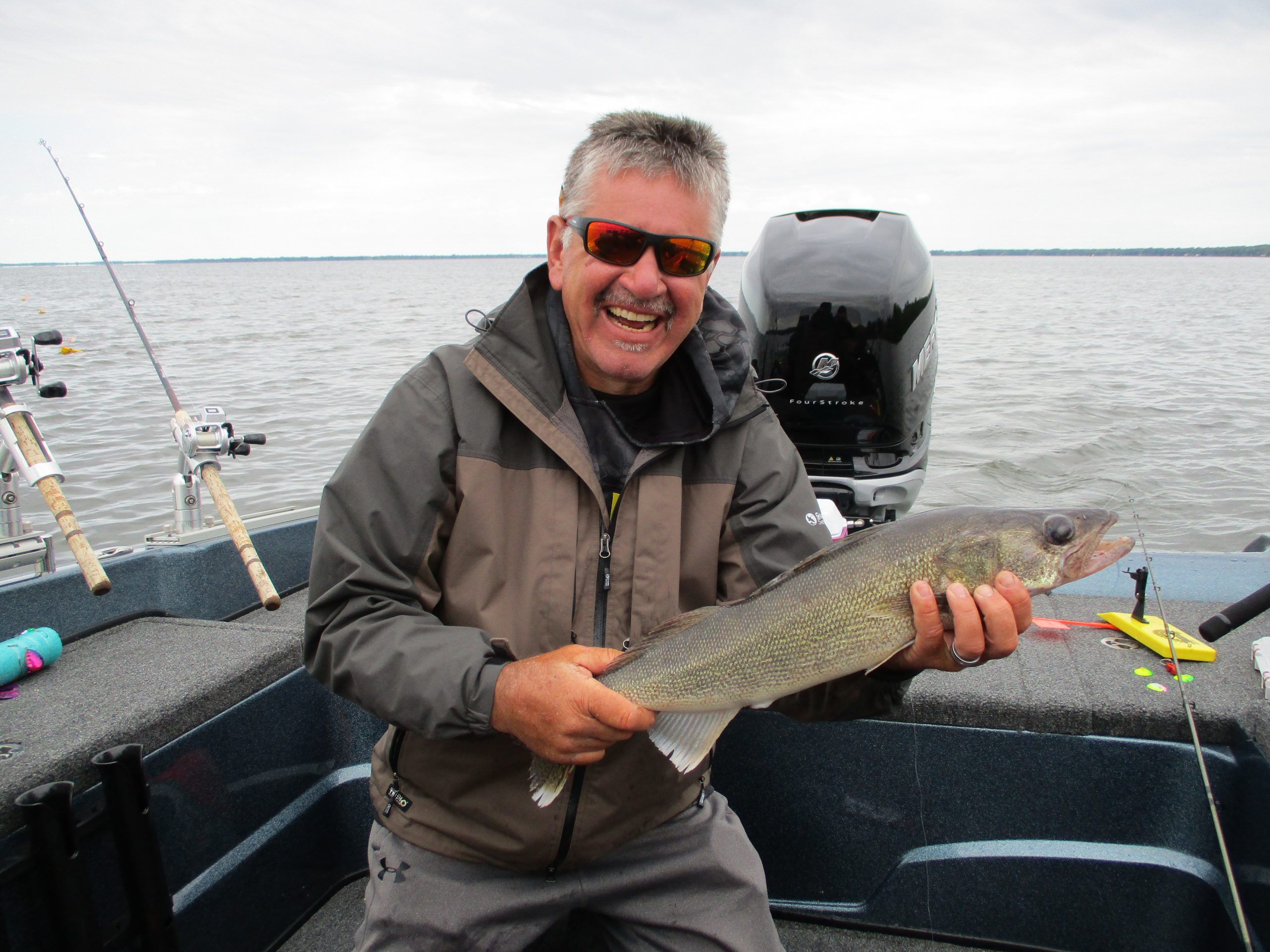 We’ve said it before and are sure to say it again: sometimes you take on the Universe; most times the Universe takes you. And when you’re confident and relaxed about your chances, chances are, you’ll do well.

William Borcherdt of Stevens Point, WI, and Mike Kabacinski of Green Bay, had never teamed up before, but everything came together for them to top the field and take home that $9,000 for a 21.12-pound bag Sunday, but not without a few tribulations beforehand, Borcherdt recalled.

First, his pre-fishing didn’t go as planned. “Two days before the tournament on Friday, my engine blew up,” he said. A non-AIM sponsor built it, by the way, but fortunately it’s under warranty.

For Sunday, they instead launched Kabacinski’s back-up boat powered by a 350 Mercury Verado. That was good move Number 1. The pair had only pre-fished together maybe three or four times before Sunday.

“My good friend was going to fish with me but wasn’t able to, and that’s how Mike came into the picture,” Borcherdt said. A friend at Appleton’s The Sportsman store suggested Kabacinski.

Come Sunday, they drew Boat No. 1 at take-off.

“I just had a feeling this was going to be the day. The whole thing was a bit of a Cinderella story, but if you’re going to win it has to be that way, and it all comes on its own time,” he said.

Right away, they headed to the lake’s north end. Only two boats followed them. ‘We went to an old school spot I’ve had for years. I told Mike, ‘okay, there’ll be saugers over here and walleyes here,’” Borcherdt continued. And, he was right. They pulled crawler harnesses all day attached to Offshore planer boards, changing colors frequently, and staying in about 14 feet of water, with the one fish taken in 16 feet that iced it.

“It was a color thing. You had to change colors all day long to keep the bite going. I’ve fished that spot so many years I can tell you that’s the way it always is. And it’s a spot on a spot,” he said, “about a quarter-mile long, and a northeast wind turns that side on.”

Yup, you guessed it. They were in a northeast wind. That’s Number. 4.

“We put a 24-incher in the boat in the first 10 minutes, and within a half hour after that, a 26, and we both knew that if we ground out the day, we’d be looking pretty good. With my partner, we didn’t ever have to get serious. Now I know why he runs a guide service. He’s got the personality that fits. It allows you to fish without pressure, and when that happens the light comes on.”

“We never left that spot all day. Until the very end, we had just under 20 pounds, and I said to Mike, we need to have 20 or better, and at that point we were around 19 pounds. And at that last pass we picked up one more big fish, and it was the one that put us in first and kept us there. Everything had to line up, and it did,” Borcherdt said.

In second with 20.44 pounds, missing the top by about 2/3 of a pound and earning a $3,500 check were Greg and wife Kathy Dekalb, of Franklin, who fired up their Mercury 250 Optimax-power and headed south, after pre-fishing the north end and unlike the eventual winners, found only smaller fish.

“We decided to head to spots I’ve fished in the past, about half-way between Oshkosh and Fond du Lac. At the second spot we ran a pass and caught a 21-1/2. We went right back through and got another 21. Then the third pass was a 22, and the fourth, a 23-incher,” he said. They all came on red and chartreuse crawler harnesses, running about 1.3 to 1.4 mph and trolling with the waves, in the mud, in 16 to 17 feet of water.

“I thought, if you catch 20 pounds on Winnebago, that’s pretty gold,” he added. It was his highest AIM finish.

Third place, with 18.35 pounds, good for $2,800, went to Dylan Peotter, of Kaukauna, and Anthony Englebert, Little Chute. In fourth and going home with $1,400 for 17.15 pounds were Jeff Erickson and Joel Justinger, both of Appleton. Fifth place and $1,300 went to Tyler Nickel of Oshkosh, and Korey Sprengel, Beaver Dam, with 16.50 pounds.

This week, we’ll also be previewing AIM’s return to Mille Lacs after the National Championship Shootout just two weeks ago for the first Minnesota Division qualifier of the season, AND, the first North Dakota qualifier of the year on Lake Sakakawea at Garrison, both on this Sunday, June 14.