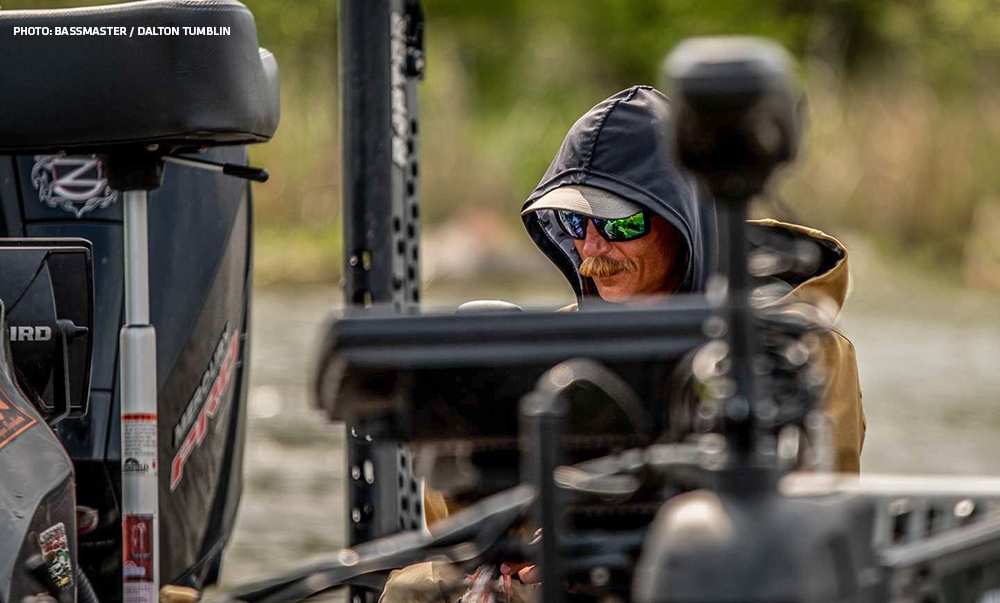 Historically, Northern anglers haven’t enjoyed the consistency that Feider’s displayed throughout the first seven Elite Series tournaments. His performance this season has been impressive with three Top-10 finishes and none lower than 29th. Feider said one of the keys to his continued success this season has been an increase in his experience levels with the fisheries on the Elite Series schedule.

“It really is more time on the water,” Feider said. “The more time you spend on a certain body of water, the more you’re going to learn about it.”

Whether it’s adapting his game plan to incorporate new technology or dealing with adverse conditions, staying nimble on the water and not getting caught up in overdeveloped game plans are other keys for Feider. 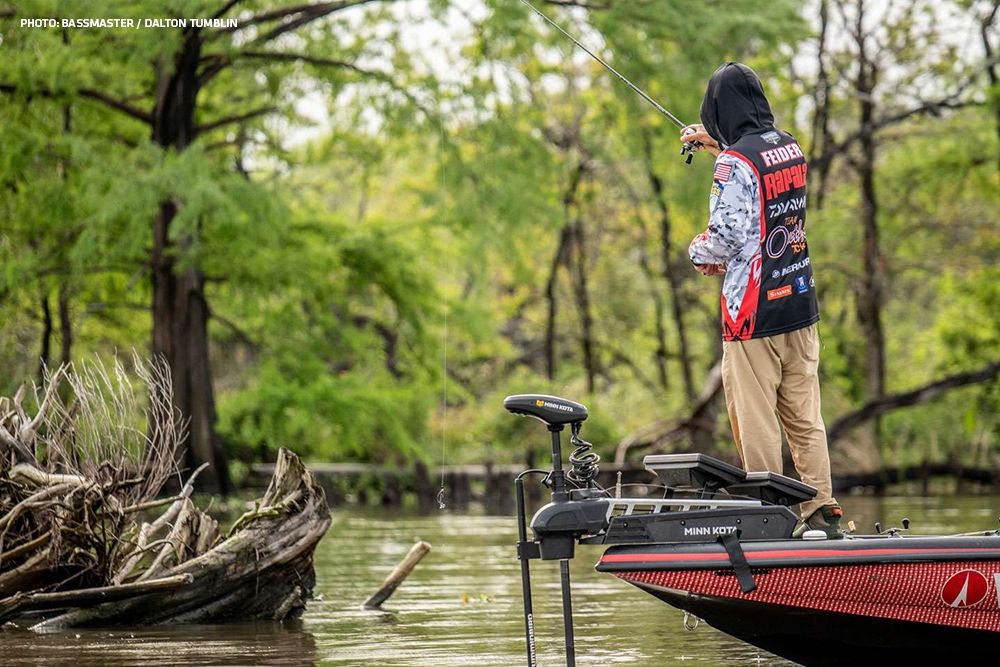 This philosophy leads him to pursue unexpected opportunities and avoid the temptation to anchor down in one place for too long. Few Elite Series anglers are more relaxed and go-with-the-flow than Feider, who said his demeanor gives him an advantage come tournament time by allowing him to avoid rushing his casts and letting his mental state get in the way of his game.

“Bad stuff is going to happen, it’s inevitable,” Feider said. “This year, a lot of chances are going my way and I think that’s because I let them come to me instead of chasing them down.”

Momentum is crucial for any angler and as Feider mentioned, bad things are going to happen. Having equipment you can rely on will limit the amount of opportunities for bad things to occur. With his Minn Kota® Ultrex® at the bow and Minn Kota Raptors® at the stern, having equipment Feider can rely on to perform has been crucial to his momentum this season. 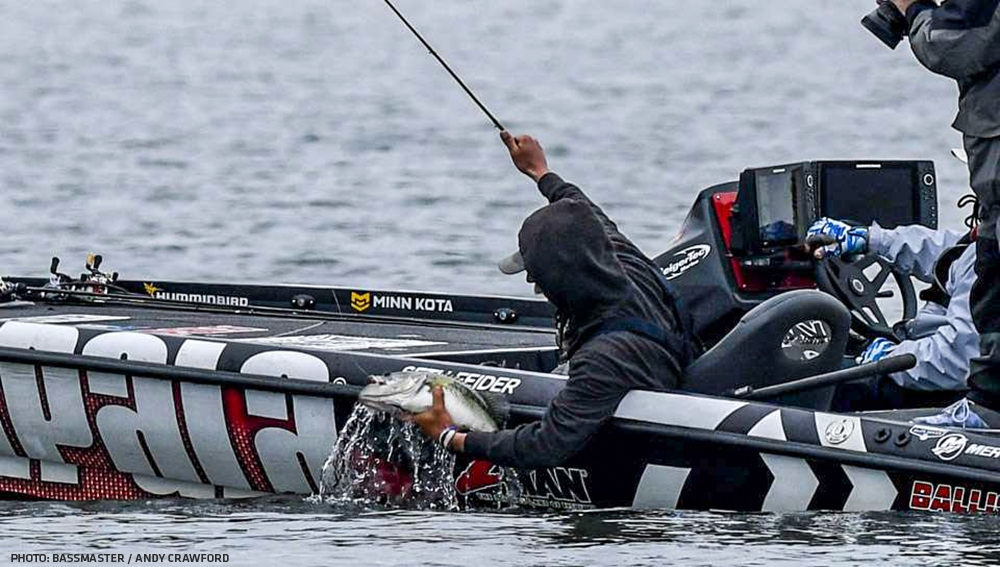 Heading north for the season’s last two events, Feider’s lead in the Angler of the Year race is made all the more intriguing by the June announcement of Humminbird MEGA Live™, which combines live sonar with the unparalleled detail and clarity of MEGA Imaging. In addition to giving Humminbird pros the best-equipped boats on the water, the new technology expects to play a significant role on these northern fisheries where finding at least one big bite a day will be required to stay in contention.

Feider’s final key for success is the fishing technology with which he surrounds himself. Relying heavily on Humminbird® Lakemaster® Mapping has given Feider the confidence and ability to quickly adapt to the variables he encounters on the water during every day of competition.

“Each tournament I base what I’m going to do on Lakemaster mapping. Especially in situations like this year’s tournament at Pickwick [where heavy rainfall caused a 6-foot water level increase], sometimes you’re fishing a lake that’s totally different from when you practiced on it,” Feider said. “That’s where LakeMaster comes in really handy. I’d be scared to go fishing without it.”

As he prepares to finish the season strong, Feider’s hopes for the AOY trophy rely on the two remaining events in this year’s Bassmaster Elite Series — and Feider has a history with both. First up is Lake Champlain, a Northern tournament that “feels like home” according to Feider, a place where he’s already logged a pair of second-place finishes in his career. The final tournament of the season is St. Lawrence River, where Feider also has a Top-10 finish in his career. 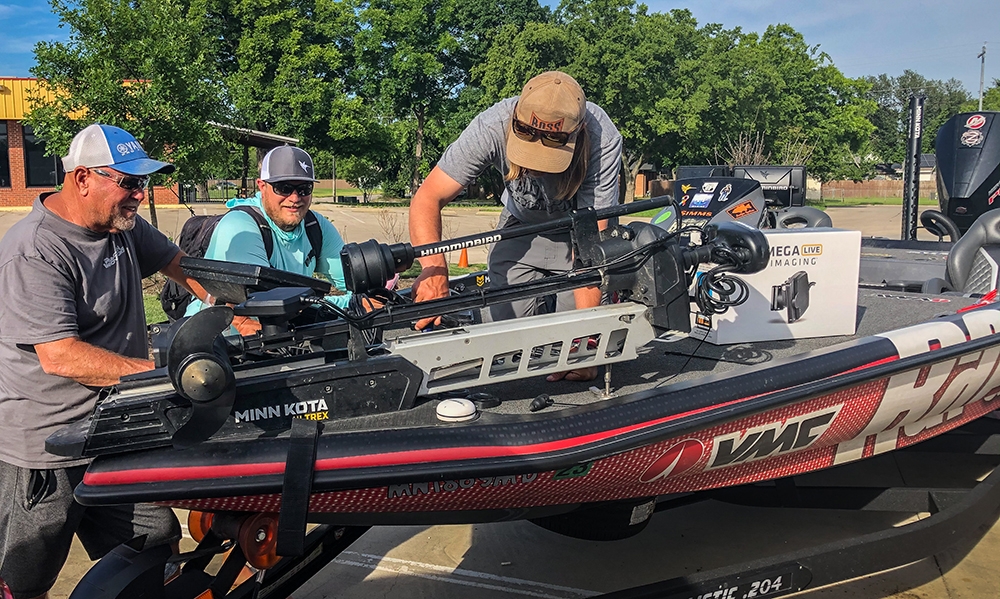 In addition to Feider’s cumulative success thus far, the Humminbird and Minn Kota pros have been dominant, winning four of the first seven tournaments in the 2021 Bassmaster Elite Series season: