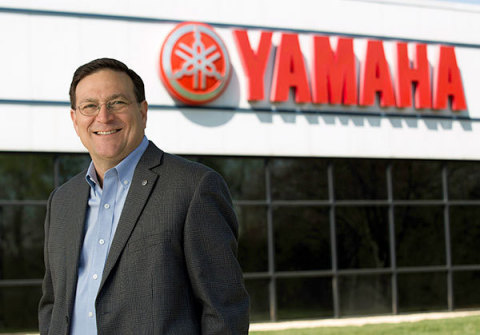 Ben Speciale, President, Yamaha U.S. Marine Business Unit, is the 2020 recipient of the Eddie Smith Manufacturer of the Year award presented by the Center for Sportfishing Policy.

“Ben Speciale grew up on the water helping out with his family’s marina and dealership. He has a deep understanding of the relationship between conservation and a thriving marine industry,” said Jeff Angers, President of the Center for Sportfishing Policy. “Ben’s commitment to conservation is evident through his active advocacy efforts and the recent launch of Yamaha Rightwaters™, a national sustainability program that encompasses all of Yamaha Marine’s conservation and water quality initiatives. There is no finer champion for our national waterways and the marine industry, and CSP is pleased to present him with this recognition.”

Speciale joined Yamaha Motor Corporation, U.S.A., in 1987 with Yamaha Marine Parts and Accessories. Over the years at Yamaha Marine, he held positions in marketing and promotions. Speciale left Yamaha in 1992 to serve as New Fishing Production Manager at Fenwick Fishing Tackle in Huntington Beach, Calif. He returned to Yamaha in 1996 in strategic planning and financial operations, and was promoted to Vice President, Operations and Planning in 2005.

During Speciale’s tenure as Vice President, Yamaha outboards received a number of design and innovation awards from the marine industry and national media. Yamaha Marine is the only outboard brand to have earned NMMA®’s C.S.I. Customer Satisfaction Index award every year since its inception.

Yamaha Marine Past President, Phil Dyskow, was the 2013 recipient of the Eddie Smith Manufacturer of the Year award.