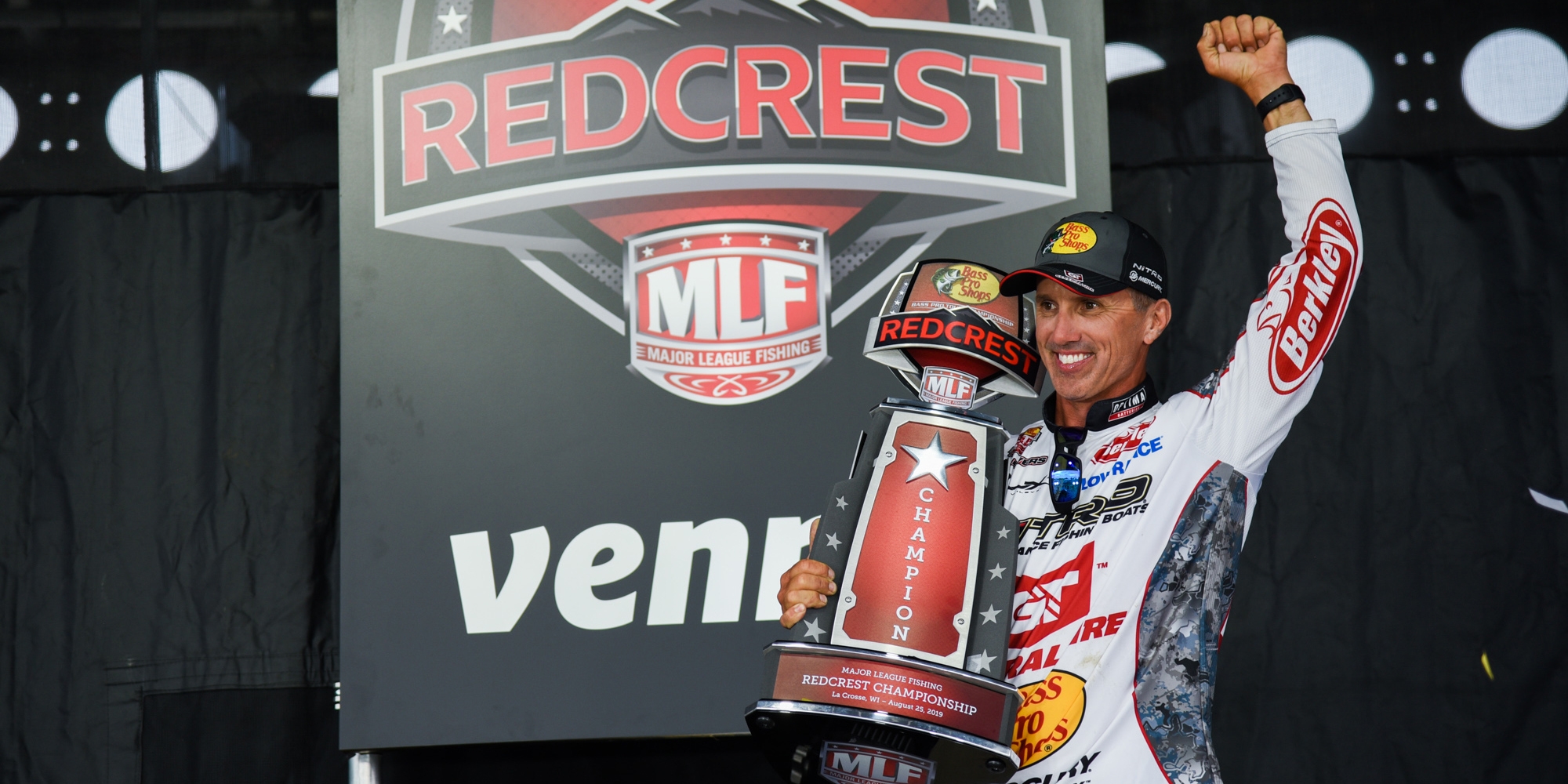 The third annual Major League Fishing’s REDCREST presented by Bass Pro Shops is set to be held on Grand Lake in Oklahoma. Home to a lot of bass fishing history, more will be made this week as 41 anglers hit the water in search of $300,000 worth of scoreable bass.

Of the 41 anglers, a total of 10 Berkley and Abu Garcia pros will be competing for the grand prize and to become the next Major League Fishing’s REDCREST champion.

Coming into this event as a heavy favorite, Berkley pro Edwin Evers is hungry for his second REDCREST win after winning the inaugural REDCREST event on the Upper Mississippi River in 2019. This year he has the opportunity to earn his second REDCREST trophy on his home water.

Evers says, “Already having one REDCREST championship win under my belt, I feel less pressure going into this week. There is always the stigma about guys not being able to get it done on their home water, but I feel confident here. I just need to keep an open mind, get that PowerBait MaxScent around a bunch of big largemouth and see where the bites take me.”

There are going to be various patterns at play this week on Grand Lake, but the Berkley and Abu Garcia pros are suited for any situation that’s thrown their way. Backed by decades of science, they’ll have the upper-hand on these spring-time Oklahoma bass.

Berkley and Abu Garcia’s Senior Vice President of Marketing, Jon Schlosser, mentioned, “This week is going to be exciting for our guys and our team. Having our pros take up 25% of the field says a lot about them as anglers and we’re glad our products play a part in their success. We’re excited to watch them compete this week and will be in their corners from start to finish.”

We wish all the competitors at this year’s MLF REDCREST good luck and safety. Come visit the Berkley and Abu Garcia team at the REDCREST Outdoor Sports Expo presented by Costa located at the Tulsa Expo Center from Friday, March 25 to Sunday, March 27.