Bleeker Locks Through, Locks In Win On Mississippi At Hager City At AIM Minnesota Qualifier With 40-lb Bag 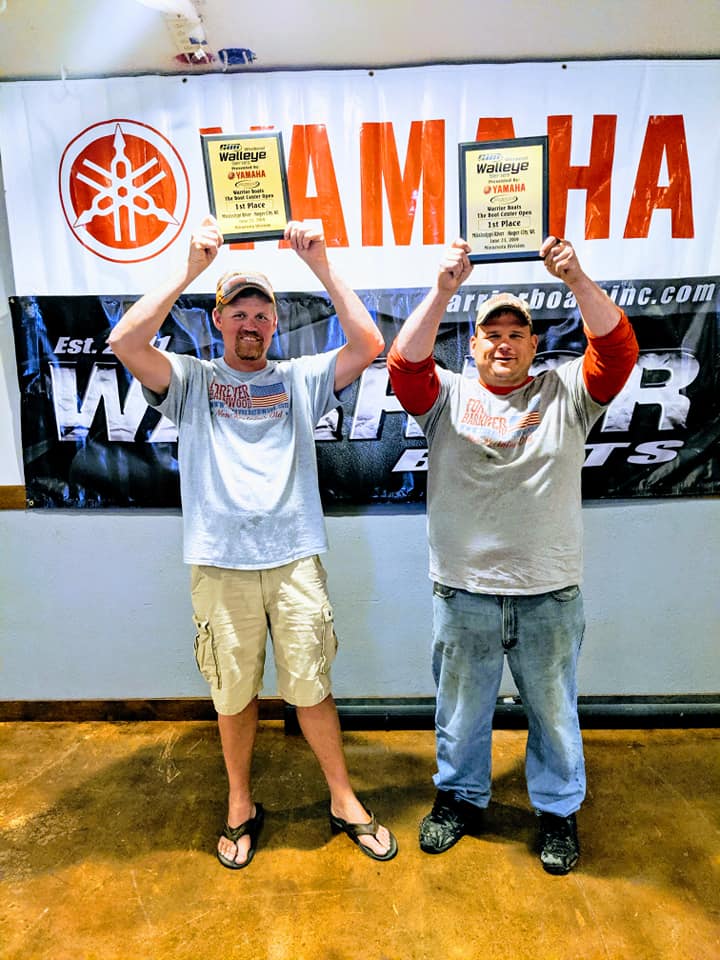 “The one-day total that Chad and Mike posted shows how many big ‘eyes are in this stretch of the upper Mississippi, and that’s why AIM loves coming here,” said Denny Fox, AIM national tournament director. “And make no mistake, this isn’t the last time we’ll be here, either.”

Bleeker and Piekarski, both of Elsworth, WI, used the same strategy Bleeker used when he won in 2017: find the cleaner water the walleye like, away from the dirty stuff that appeared when the lock and dam that creates Pool 3 turned off, muddying up water on Pool 4 below it. While some anglers thrive on those conditions, like the second-place team of Clayton and father Robert Freiburger (more on them below), Bleeker likes the clean stuff, and he said why.

Pre-fishing, Bleeker said he fished quite a bit on Pool 4 to eliminate water, and then went in search of cleaner digs. He found it going in Pool 3. Where? All Bleeker is giving up is “far” from the launch at Everts Resort in Hager City. Well, that’s almost all.

In all, he said, they probably caught and released 20 walleye and sauger.

“We used a little bit of everything. Jigs and a crawler, casting cranks (Shad Raps), pitched what’s called a dork rig with willow cats and chubs, and caught every species. We went through an awful lot of fish” to get the winners, Bleeker said. Now, he didn’t say where he stuck’em, but he did say that river walleye like current edges, because the food comes to them, not the other way around.

Locking through on the Mississippi between pools always carries risk, he added, but he checked with the barge schedule, and luckily very little traffic was moving either direction. “It was about the easiest I’ve ever seen. I don’t think they locked a barge all day, but it’s always a gamble,” he said.

And, that weight, he figures, put him in great position for Team Of The Year honors. “The next event is Leech Lake, and I look forward to it because I have a cabin on the lake, so I’m ready for that one.”

In other words, watch out, all you Minnesota teams, because the mike’s just been dropped.

In second, the Freiburgers, Clayton of Dubuque, IA on Pool 12, and father Robert, of LaMotte, IA, concentrated on those wing dams he said he preferred in the tournament preview, landing 36.69 pounds, good for $2,000.  Since they are from farther downriver, they’re quite happy, thank you, getting down and dirty with walleye when the Mississippi turns chocolate color.

“I’m used to fishing some wing dams but wasn’t anticipating them shutting the water off at the dam about midweek. That ended up turning on more fish on the dams than I expected,” Clayton said. For the uninitiated, Freiburger gave a crash course in the ins and outs of fishing wing dams, those rock line dams meant to direct current into the main river channel, helping keep it free of shoals. Or rather, the ups and downs of same.

They use a one-ounce jig on a six-inch leader on a three-way swivel. Tip that jig with a leech. Attach a three-foot-long leader to the other spot on the swivel, with a bead and hook at the end. Add another leech or a crawler. Position your boat upstream of the submerged wing dam, depending on the current, five to 30 feet above, and using boat control, sweep your boat back and forth in front of the dam.

“That’s what we did. Most of the active fish are generally in front of the dam or on top. We found a few on wing dams pre-fishing. That bite ended up picking up once they put the gates in the water,” Clayton said.

“We got to our first dam and on our first pass we had a 23-incher,” he said. Things got better. The second pass netted a 27-incher, along with assorted sheepshead and bass.

“We ended up leaving that after about two hours to our second dam downriver. We didn’t have anything on so we headed farther downriver and cast some riprap shore with crankbaits and picked up a 17. Then we headed back to our first dam, and picked up another 23-incher.

Then, they headed to dam No. 2 again, landed a 26-3/4-incher. And it was there that they almost shook hands with two fish that could have won it all for them.

“I lost another one, that was at least seven or eight pounds. That wasn’t the only one. My dad lost one that was even bigger, a nine- or 10-pounder. It was just huge. It was up to the boat and we saw it, but I couldn’t get the net under it, and it popped off. We stayed there the rest of the day and at 3 p.m. I caught a 28-3/4. We’re definitely happy with second place up there,” Freiburger said. He’s also happy with AIM’s Catch-Record-Release™ format.

“It’s a great format especially when you get warmer water temperatures and the fish start getting more difficult to take care of and it really opens up the fish you can weigh, with the stricter regulations in some lakes. I think it’s the future of tournament fishing,” he said. 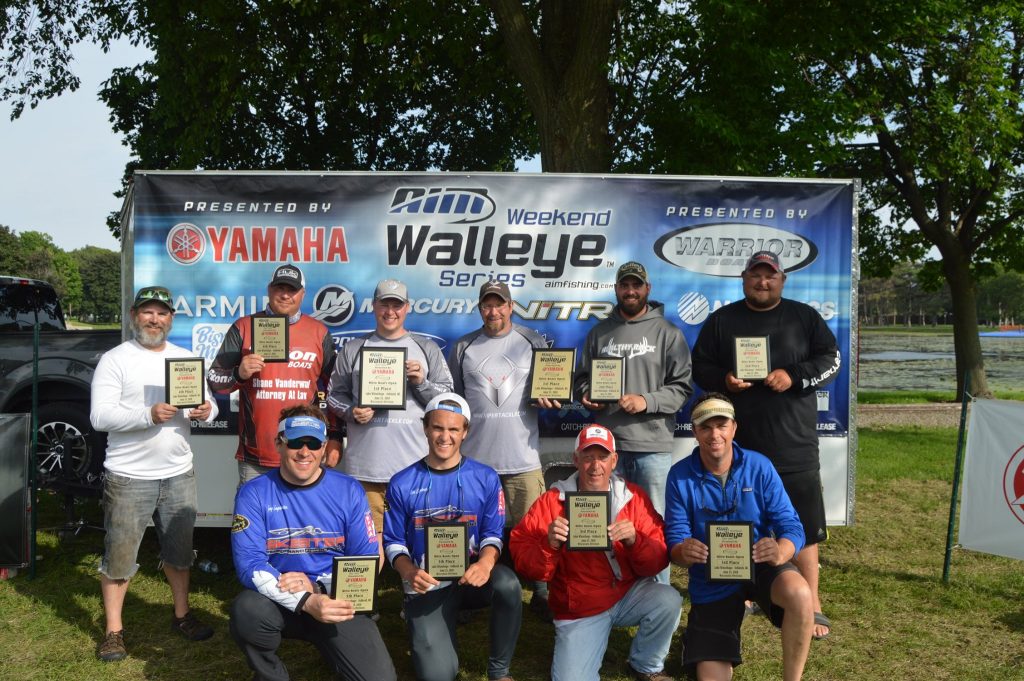 Minnesota’s schedule returns July 7, when AIM visits Leech Lake. North Dakota anglers turn their trailers towards Lake Sakakawea at Garrison for this Sunday’s event, and we’ll preview that event this week. Wisconsin, start boning up for your state championship, on Green Bay and Lake Michigan at Marinette, Aug. 23-24.

Follow Sunday’s action via Garmin Fish & Hunt, same time, same channel: our Facebook page. Visit our website for information on all AIM tournaments and how to register for all AIM events.