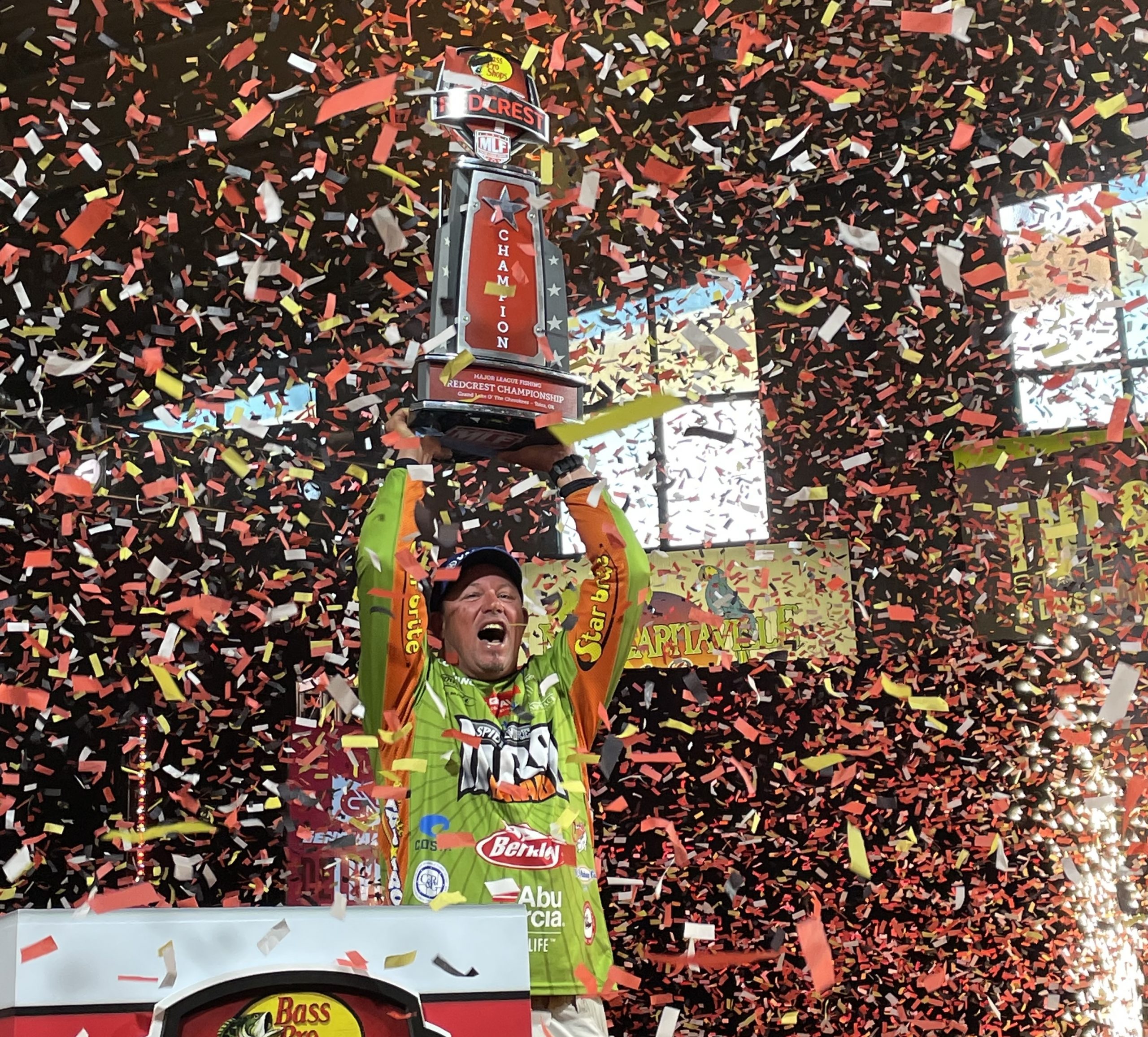 Heading into day one of competition, many eyes were locked on Lane’s SpiderWire DuraBraid wrapped Phoenix boat, anticipating what may be up his sleeve. After a decent start on day one, Lane breezed through the Qualifying round in eighth place. With the Berkley Frittside 5 in hand, he put 12 scorable bass in the boat for 36lbs 5oz over two days to advance to the Knockout round.

“This week was all about cranking, targeting the last stretches of rock in the back of pockets, anywhere from two to seven feet. That was where I was getting my most consistent and best bites,” said Lane. “The Berkley Frittside was what put 99% of my fish in the boat this week, it’s an amazing bait to crank shallow rock and certainly saved the day for me.”

“This week during practice and during competition, one thing I have learned is to not put the Frittside down. The biggest contributor to my success this week on Grand Lake was the Berkley Frittside 5 in HD Brown Craw. That bait is responsible for almost every fish I put in the boat during REDCREST. ”

Having confidence in his pattern, Lane relied solely on the Berkley Frittside for the Knockout round and boated 9 scorable bass for 27lbs 13oz to place fourth in the Knockout and advance to the Championship round.

On Championship Sunday, Lane hit the waters of Grand Lake in pursuit of his first ever MLF REDCREST trophy. Lane kept his Berkley Frittside locked in his hands for most of the morning before switching to a flipping jig paired up with a Berkley PowerBait Meaty Chunk to land a critical buzzer-beating fish in round three. Berkley has recently introduced a lineup of jigs with PowerBait infused skirts, which Lane was an integral part of developing. When the clock struck zero on the last period of the day, Lane remained on top becoming the 2022 REDCREST champion with 10 scoreable bass worth 29lbs 14oz.

“This win means everything to me. I’ve been at this a long time and it’s finally come together for me to win a major title,” added Lane. “I owe so much to Berkley and the team there that develops the best products in the business. It’s a simple formula. They do the science and we do the work.”

This win is a huge statement for Lane’s career. Being his biggest win to date, it further solidifies the incredible fishing career Lane has had.

“A championship win for Bobby and the entire team at Berkley is a fitting punctuation point on an amazing week of bass fishing,” said Jon Schlosser, Berkley’s Senior Vice President of Marketing. “To see so many pros successfully using our baits like the Stunna and Frittside and to get a major title win for the Frittside is a validation of the hard work and scientific approach to product development at Berkley. We couldn’t be prouder to be part of Bobby’s historic accomplishment.”