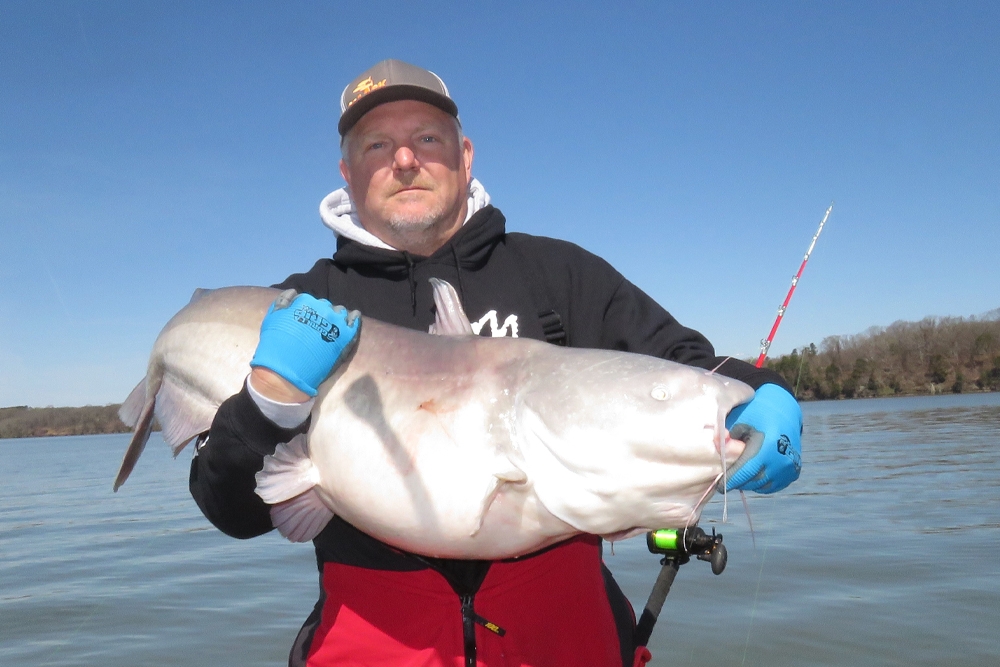 Cad Daly was one of the volunteer captains at the 2022 Spring Warrior Catfishing Contest hosted by Patriot Catfishing INC. Daly took out some of the veteran anglers and I covered the event for CatfishNOW. I hinted that I might be looking for a boat on Sunday following the event. He responded with an invite and we made plans to hit the water on Sunday morning.

I had met Daly several times before at tournaments in the area and had fished with him and Chris Parker when I was fortunate to land my personal best blue cat at 83 pounds. That history made the prospects of our morning trip even more exciting.

The last day of the Patriot Catfishing event was extremely windy but the forecast was for a much calmer day on Sunday. If the forecast was right, it would be the perfect kind of day to suspend fish in deep water. Anglers familiar with Wheeler know that there are a lot of trees and deep water available for trophy cats to live in and relatively calm days are a good time to fish the trees. 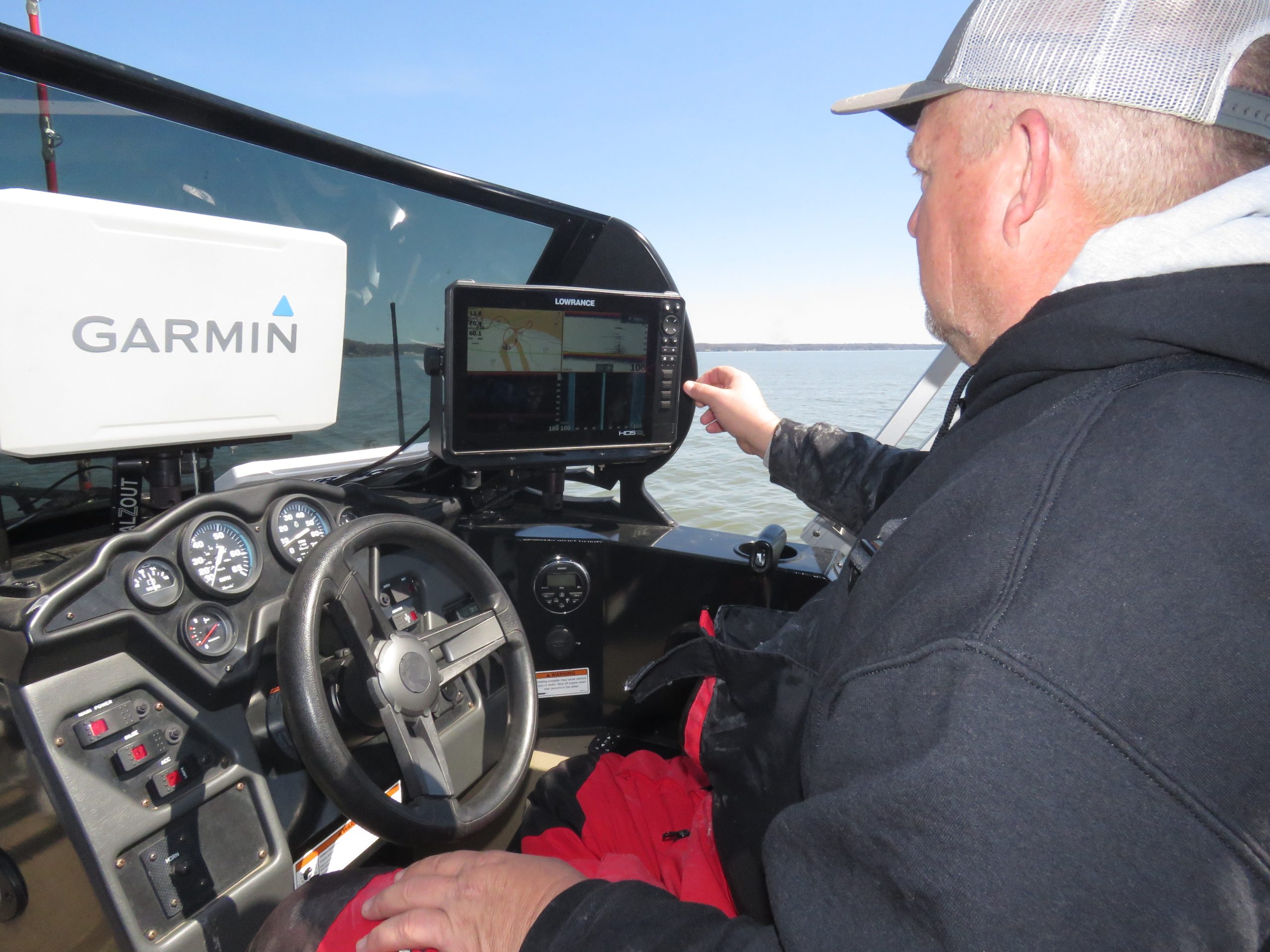 If the wind is blowing suspended baits are bouncing up and down with the movement of the boat and are not as effective as when they hang calmly in still conditions. Big bloody baits suspended directly below the boat and above the trees will produce a scent trail that the fish will follow. The strategy is to pull them out of the trees with the scent trail and have a better chance of landing them.

We met at the First Creek Boat Ramp near Joe Wheeler Lodge. The weatherman was right on and Daly had already decided where we would fish. We hit the water and made the run toward Wheeler Dam where he had some waypoints in the trees and deep water. 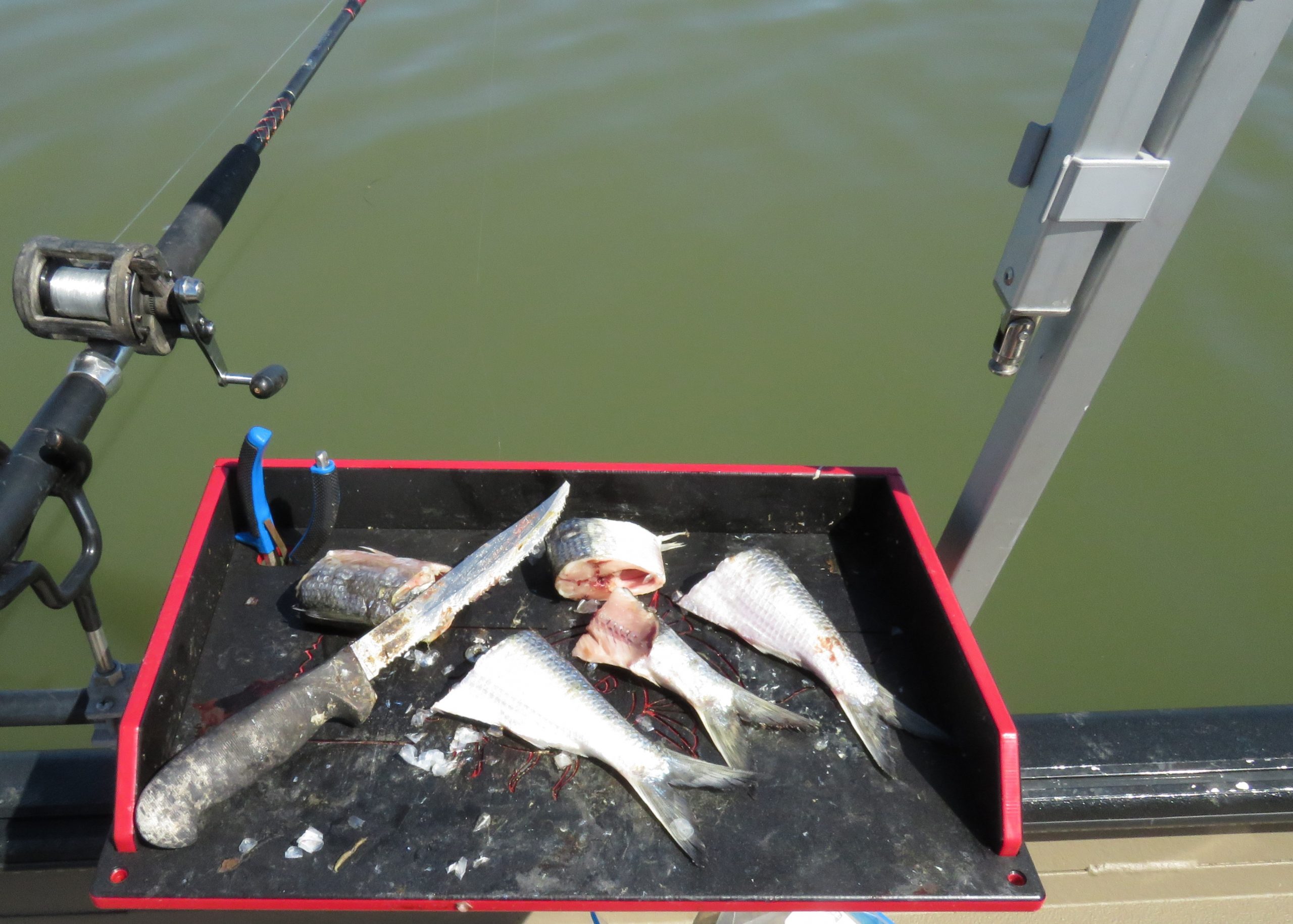 “We are going to an area with a nice ledge,” stated Daly. “It ranges in depth from 70 to 100 feet deep and is full of trees. I get out the heavy equipment when I fish this spot because of all those trees down there.”

He had his heavy rods rigged and ready to go. The terminal tackle is a Carolina rig that is suspended straight down from the boat from Driftmaster Rod Holders. The rods are placed in a horizontal position on the dual angler holders.

“This is a really fun way to fish,” continued Daly. “More often than not you are setting there relaxing and shooting the breeze when all of a sudden, that rod tip is buried in the water.”

The sheer aggressiveness of the bite is why it is important to use a heavy rod with a good backbone. You want to stop that fish and not let it go back into the trees. Suspend fishing in heavy cover is a gamble because sometimes those trophy blues take you right back into the trees and you are hung up 70 feet below the boat.

“I use the B’n’M SilverCat Elite Heavy for suspend fishing,” stated Daly. “It has the strength to hold up to the force of the bite and the backbone to stop them before they go back home in the trees.” 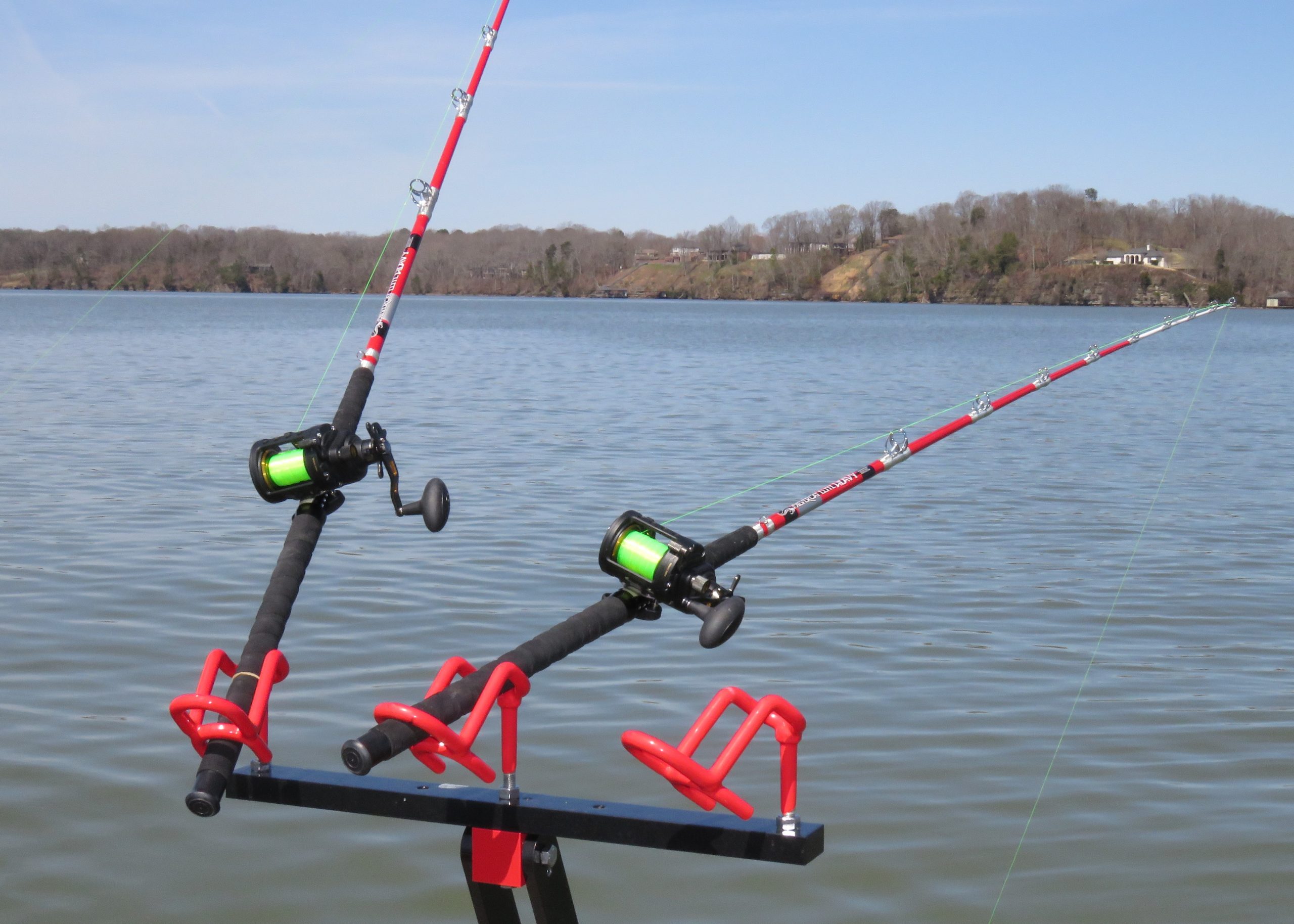 “It is a ferocious bite,” continued Daly. “It’s like they come up and take the bait and just turn around and go right back down. If you have ever done any offshore fishing on structure this is very similar.”

Suspend fishing is old fashion fishing in the sense that you are putting out the bait and waiting for the bite. Part of the strategy deals with how long to stay on a spot before moving on.

“Once I am set up I will stay on a spot for up to an hour or more,” explained Daly. “I have set for up to 45 minutes before getting the first bite so my experience is to be patient. That bait is working to put out a scent trail and it may take a while for the fish to find their way to the bait. But when they do, look out!”

A few minutes later a loud noise caused both of us to turn to the number 1 pole. It was bent over in a smooth arch towards the water. Daly grabbed the rod and struggled to get it out of the Driftmaster Rod Holder because of the intense pressure of the big cat pulling straight down.

“That’s why I use the heavy equipment,” Daly said. “You just can’t let them go too far. He was taking drag and I had it set pretty tight.”

After a short fight, the 50- to 60-pound class fish came to the surface and Daly put the net under it. It was another struggle lifting the trophy blue cat up and over the rod holders to the waiting deck.

“Let’s split the difference and call it 55,” joked Daly.

Patience paid off that day. Just as Daly predicted, it was about 45 minutes after dropping the big chunk of skipjack into the 70-foot-deep water before that fish hit. There were other minor bites along the way that encouraged us to stay and not move. Just as Daly had said, this kind of fishing requires patience.

A few minutes later another serious bite bent the same rod in the same rod holder in a parabolic arch towards the water. With the tip nearly in the water, a similar struggle to remove the rod from the holder, the feeling of a head shake, and a short fight ended with a straight force pull and the obvious knowledge that the fish was hung up. This time the fish had won.

We ended the day on a lost fish, but overall, it was a great success. The weather cooperated and the fish did too. Wheeler Lake is known for its big cats, and we were lucky enough to bring one on board for a quick photo session before releasing it back to its deep water home.

Anyone interested in a blue catfish destination (flatheads too) can’t go wrong with Wheeler Lake. The area is full of great lodging facilities, restaurants, and other amenities with Tuscumbia, Sheffeild, Muscle Shoals and Florence nearby. For those in your party who are not fishermen, there are plenty of cultural and historical activities to investigate, music history among them. For more information on the area visit the website at https://www.colbertcountytourism.org.