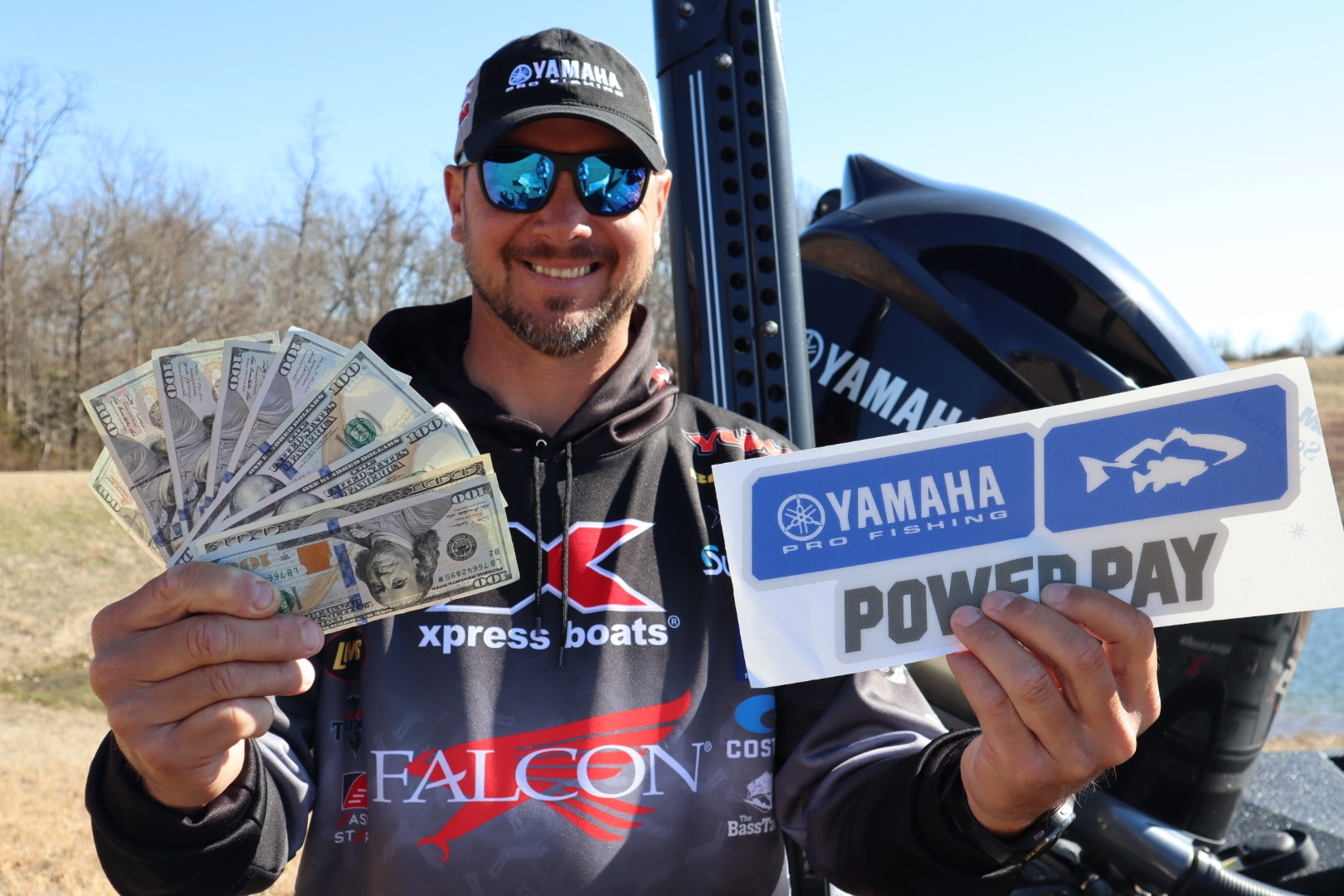 Jason Christie leaned on his power fishing prowess at the Bassmasterâ Elite on the Tennessee River to catch enough skinny water largemouth to finish in fifth place, and capped his weekend with a $2,500 bonus from Yamaha Power Pay.

This is Christie’s first year running an aluminum Xpress® Boat powered by a Yamaha motor, but it didn’t take him long to see the difference in performance or reap the rewards of Yamaha’s popular contingency program.

“I was in my happy place on the Tennessee River,” Christie said. “My best areas were super shallow, and a lighter aluminum boat coupled with the incredibly flat hole shot of that Yamaha allowed me to hop up instantly on pad in as shallow as a foot and a half of water. That saved me a ton of idling time and lead to more casts everyday.”

Christie was quick to point out the minutes of idling time saved during the Tennessee River Elite were particularly important due to how tough the river was fishing. Every minute counts in any competition, but it’s magnified when keeper bites are extremely hard to come by.

The Park Hill, Okla. pro employed a Norman Lures® Speed N crankbait and a ¾-ounce Booyah® Covert Spinnerbait (single Colorado blade) to catch his fish throughout the week. He threw those baits along stretches of chunk rock or isolated pieces of cover like wood and other man-made structures.

As thrilled as Christie was to be fishing Championship Sunday, he was equally as excited to learn he had earned the Power Pay money for the week.

“I won’t lie –  it’s great to get a bonus check from the Power Pay program this early in the game,” Christie smiled. “Contingency programs have made me a lot of money throughout my career, and I’m excited to participate in Power Pay this season.  As far as I’m concerned, this motor is already money. Add in the opportunity for extra cash rewards and it’s a win-win.”

Whether you fish in high school, college, or compete in supported walleye and saltwater tournaments, you can reap the rewards of Yamaha Power Pay just like Christie. And as Christie proved on the Tennessee River, you don’t have to win a tournament to win the bonus money. You simply have to be the highest finishing registered participant in a Power Pay sponsored event.

Registering for the program is free, quick, and easy whether you are a pro or recreational angler. Head to Yamahapowerpay.com for a complete list of events, more information on the program, or to get yourself signed up today.