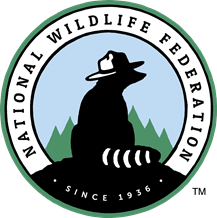 WASHINGTON, D.C. (December 21, 2018) – Hunters and anglers have found themselves passed over by the fourth Congress in a row, after a package of conservation, recreation, and public land bills was pulled from consideration. The National Wildlife Federation criticized Congress for failing to advance a “sportsmen’s package” of bills with bipartisan support to increase hunter participation, public hunting access, and wildlife conservation, while encouraging the next Congress to make it a priority.

“The National Wildlife Federation has been proud to work with other hunters and anglers to support wildlife conservation and the critical role outdoor recreation plays in our economy and heritage,” said Mike Leahy, director of wildlife, hunting and fishing policy for the National Wildlife Federation. “We encourage Congress to salvage the bipartisan sportsmen’s package or make a it a priority in 2019 to pass a bill to increase opportunities for outdoorsmen and women, and address critical wildlife conservation challenges such as poaching and invasive species, as well as endangered species such as sea turtles.”