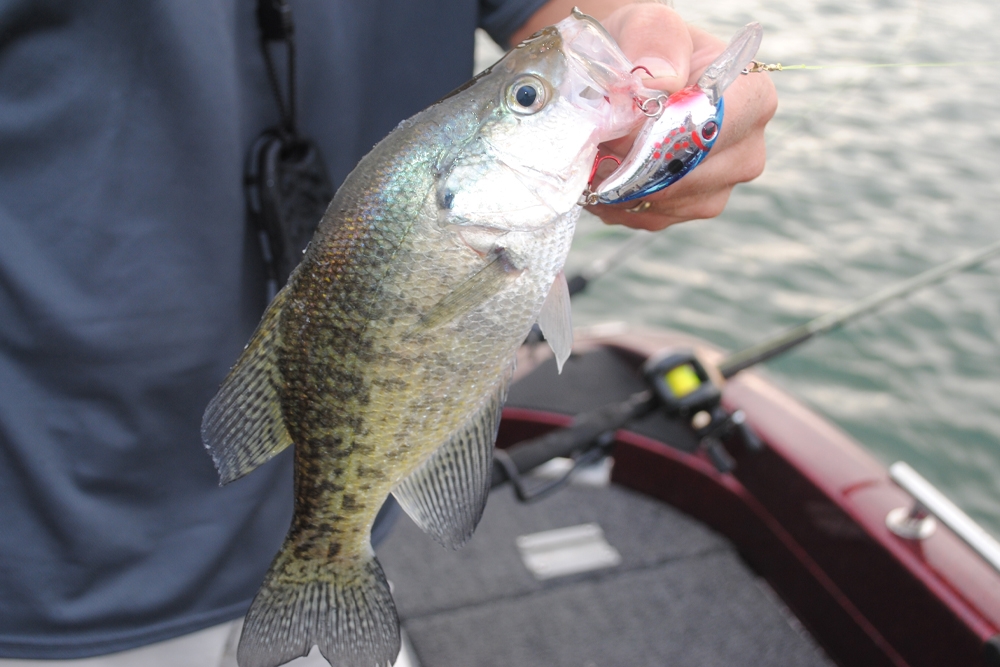 In many ways, pulling crankbaits looms as an intimidating technique for catching summer crappie.

With the conglomeration of rods, lures, electronics, and other boat accessories – plus the need-to-know details about fish location, depth, boat speed, and line length – pulling cranks can be something of a daunting proposition.

The process does not have to be that way, however. In fact, those fishermen who practice the craft suggest that with just a little experience, trolling crankbaits for crappie is one of the simplest approaches available, one that is particularly lethal on those fish that have settled into summer patterns.

Perhaps the finest example comes from central Mississippi, known as one of the ultimate destinations for catching crappie in the country. Practitioners of the crankbait art abound on the Big 4 lakes – Grenada, Enid, Sardis, and Arkabutla – along the I-55 corridor. 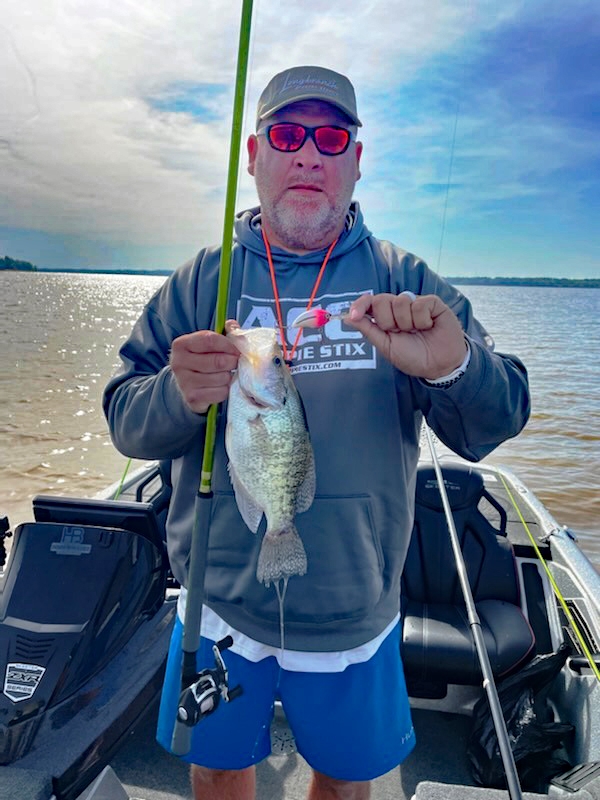 Tim Howell of Longbranch Guide Service is one Mississippi guide who longs for pulling cranks in the summer.

“It’s the easiest, most economical way to catch fish on these Big 4 lakes,” Howell said. “There is no rhyme or reason to it. Generally, you don’t have to know the lake. There’s really no technique to it. You can just put those poles out there and go. Pull from one end of the lake to the other, and you’re going to catch fish.”

Starting in late May and running through some point in August, Howell almost exclusively pulls crankbaits for Mississippi slabs. He breaks down the presentation, simplifying the steps with basic instructions.

“(Pulling cranks) is the easiest, most economical way to catch fish on these Big 4 lakes.” – Mississippi guide Tim Howell.

He begins most trips by scanning the waters he intends to troll with his side-scan technology. If the fish present themselves in sufficient numbers, he begins to deploy his lineup of eight rods. He favors ACC Crappie Stix rods, using 16, 14, 12, and eight-footers, starting with the longest on the outside.

Using Shakespeare line-counter reels, Howell lets out the longest length of line on the outside rod and places it in the first spot in his Millenium rod holders, arranged at the back of the boat parallel to each side. On certain days, the line might be let out 75 feet while on other days, the length might be double that. The depth of the fish and the speed of the boat determines line length.

“Normally what I do, I start with different lengths of line until I dial in where the fish are,” Howell said. “I work from the longest poles to my shortest poles, usually in 10-foot increments.

Howell normally pulls with his trolling motor, seeking speeds of 1.2 to 1.8 mph.

“Speed up to go deeper; slow down to go shallower,” he said. 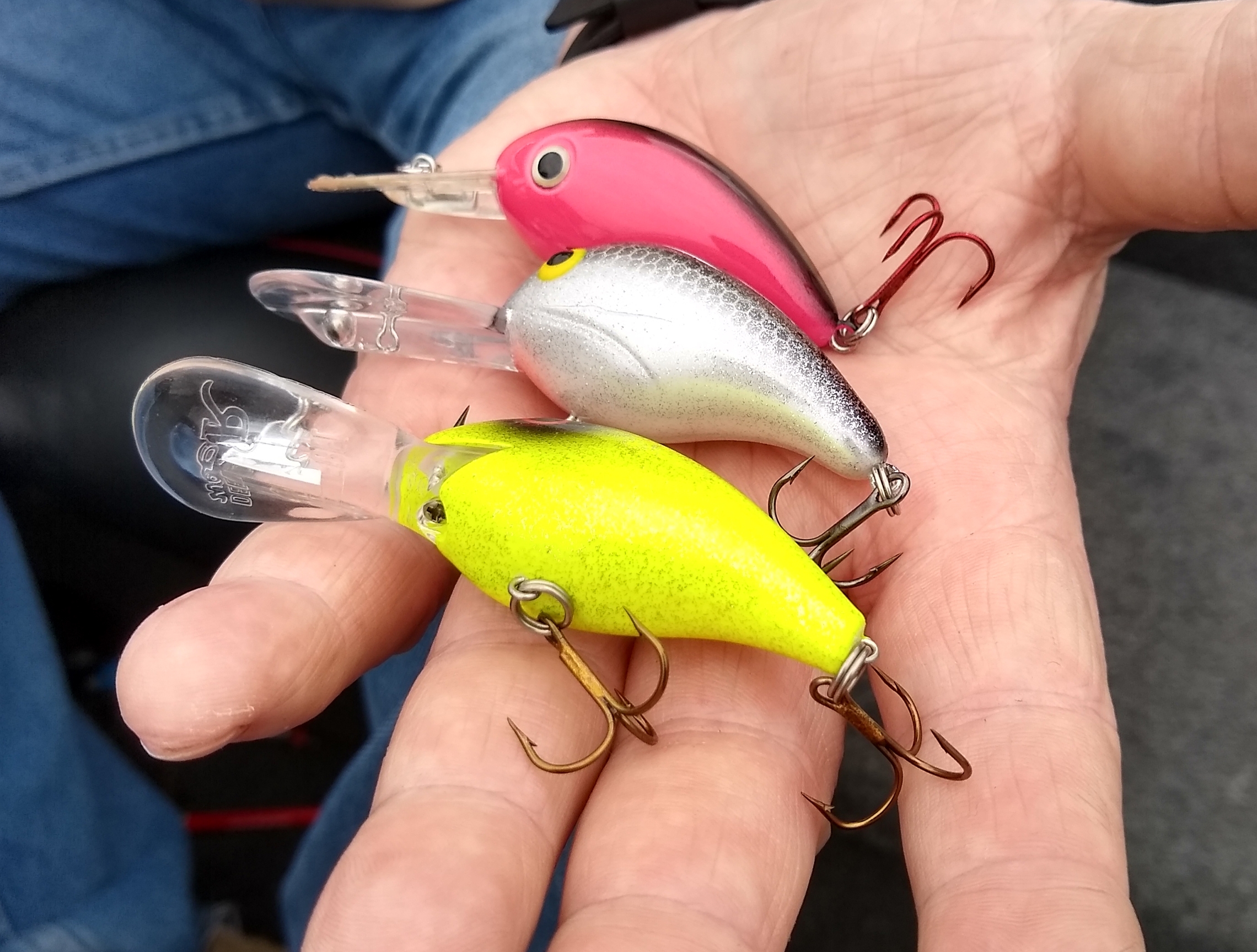 Howell pays particular attention to the type and style of crankbait he uses, mainly 300 series like the Bandit, while varying slightly if the crappie act like they want something else.

“Color is paramount,” he said. “Any other time, I’m not particular about color, but I am when using crankbaits. Every single day, one color will dominate.”

Howell said pink is a consistently effective color on the Mississippi lakes, whether on a solid bait or when paired with other colors. He also mentioned red, green, blue, and black as effective producers.

“It varies from lake to lake and also varies depending on water clarity, pinks, blues, greens in clearer water,” he said. “On cloudy days, sometimes I like a solid black or maybe a solid pink. If the sun’s up high, I like a chrome bait, like a chrome clown or anything with a sparkle in it.”

“He’s an artist and a good crankbait fisherman in his own right,” Howell said. “His color patterns are so good and consistent.” 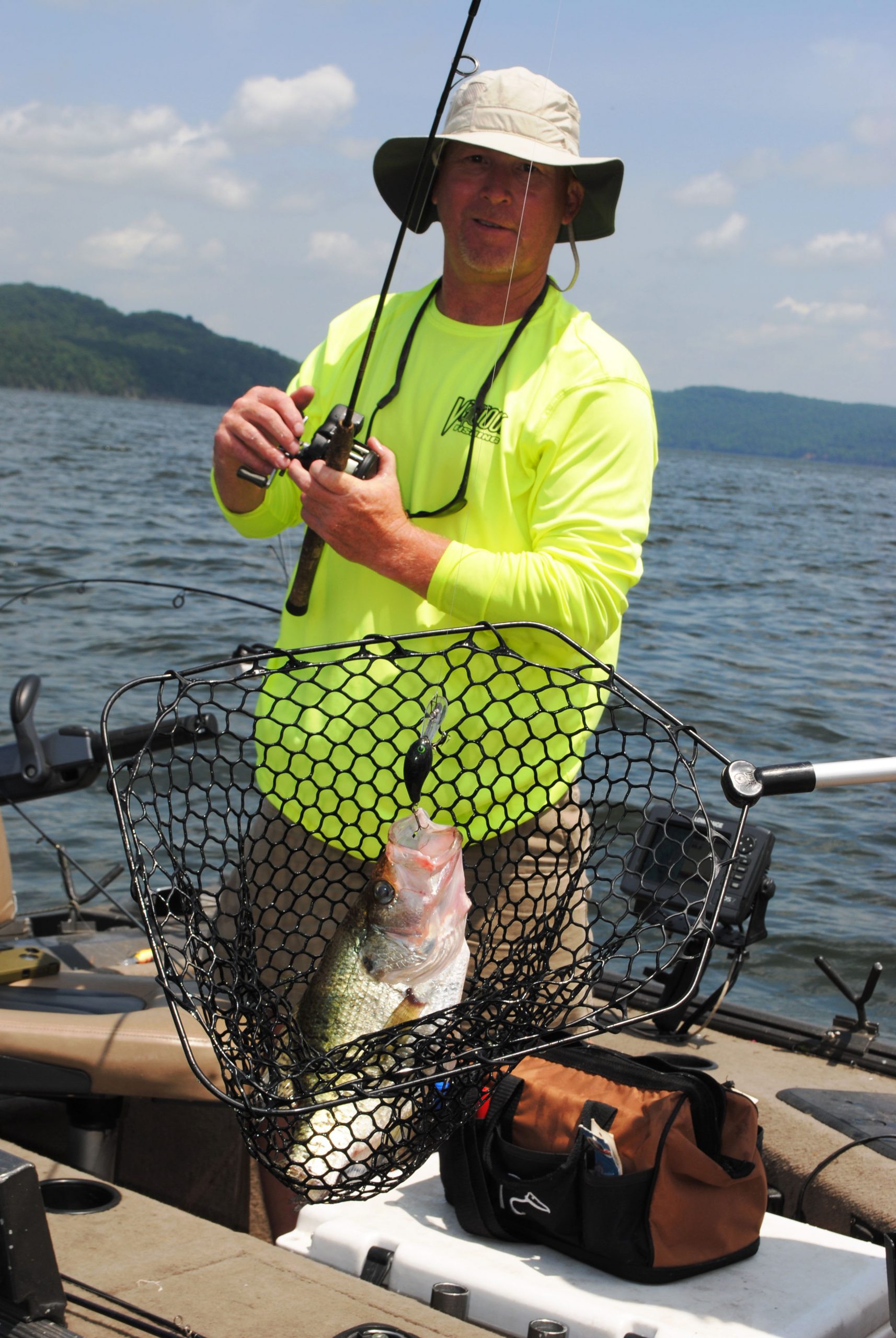 Howell’s only deviation occurs when the crappie are not responding to the deep-diving crankbaits. He snaps on – he always connects with a snap swivel – a Berkley Flicker Shad, which runs slightly shallower but more importantly produces a different action.

“I will pull a Flicker Shad,” Howell said. “These fish over here see a Bandit 300 series a thousand times a day. They hardly ever see a Flicker Shad. I think something a little different can trigger the bite.

Howell makes a couple of other observations that translate to just about any fishery. He almost always fishes with the wind at his back in the summer, which preserves battery. He also said to note a natural phenomenon that dictates fish placement.

“Thermocline is a real big deal,” he said. “Fish will not go down below it. It usually sets up about 12-14 feet deep here. Put those crankbaits right above that thermocline, and you’re going to kill them.”

The thermocline is a distinct layer between the warmer surface waters and colder water underneath, which lacks oxygen. Most lakes develop a thermocline in the summer months unless current consistently runs and keeps the water mixed.

Pulling crankbaits is not just a Mississippi thing. Howell confines most of his fishing to Grenada, Enid, or Sardis but said the nature of crappie potentially makes the presentation effective anywhere.

“It’s basically a reaction bite,” he said. “I don’t know if they are hungry; it’s just a reaction.”

Regardless of location, just about anyone with any type of boat can potentially catch crappie pulling crankbaits in the summer.

“A lot of people do it from a pontoon,” Howell said. “You don’t need fancy rods or high-dollar electronics. It’s really, really easy. Just about anybody can do it.”

(Greg McCain is a retired educator and freelance writer from prime crappie-fishing territory in northwest Alabama. His regular stories appear on the ACC Crappie Stix blog, in Georgia Outdoors News, and on the Alabama B.A.S.S. Nation website in addition to his contributions to CrappieNow.)