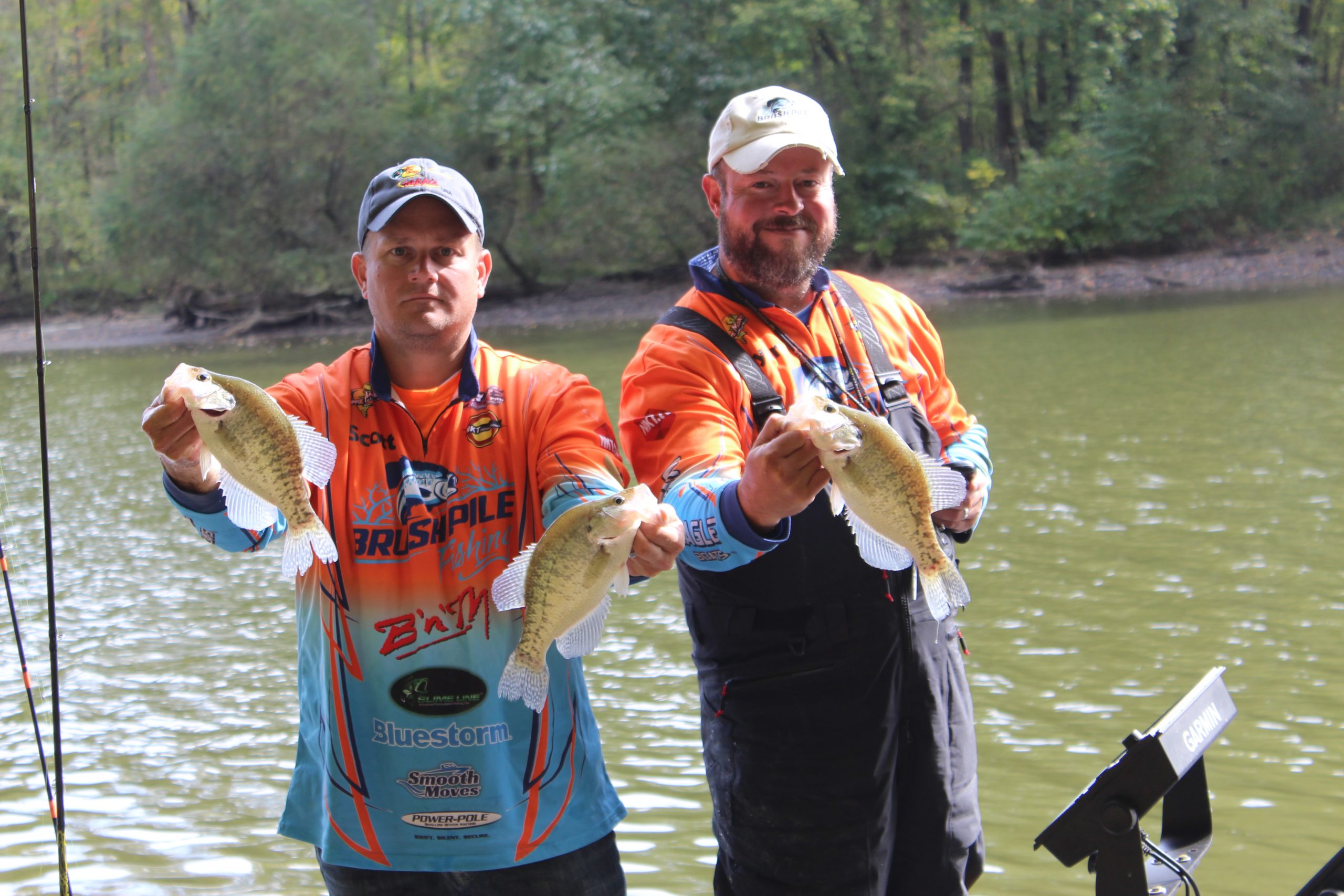 In a state full of fishing destinations, Green River Lake ranks as a proven producer of huge numbers of crappie.

Located in south-central Kentucky, Green River often gets lost in the myriad of other crappie fisheries such as Dale Hollow, Kentucky, and Barkley lakes. Yet few Kentucky crappie-fishing venues offer the daily consistency of Green River, and the small reservoir also serves as a hub for a family-friendly vacation.

Guide David Jones knows the lake well and has caught crappie there most of his life. He lives less than a mile from one of the most active ramps and resort areas, Holmes Bend Marina and Resort, and puts clients on fish from mid-March through about December. 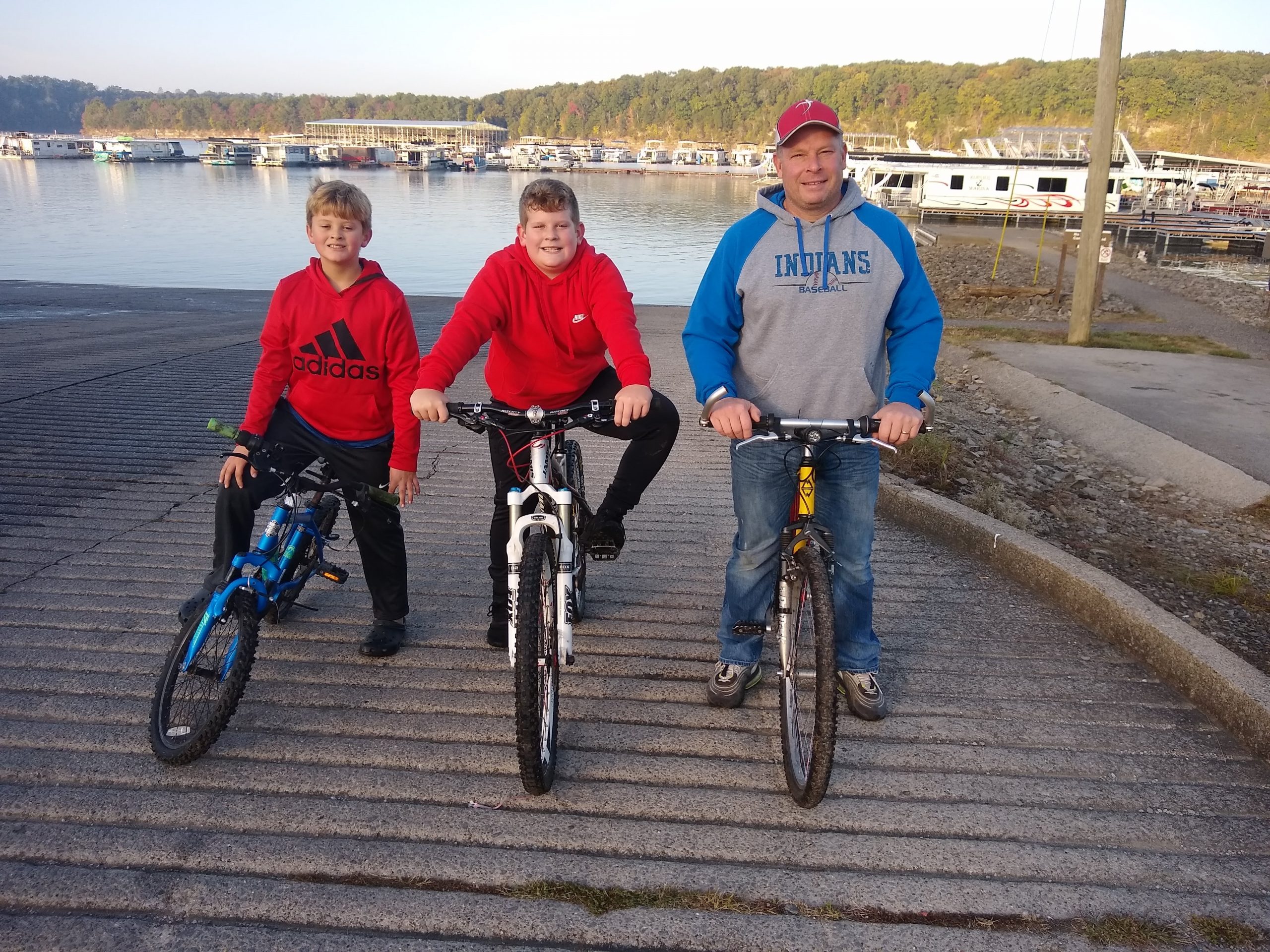 “It’s a great place to visit, not only for the fishing but also for the other things found at Holmes Bend and in the surrounding area.”

A few hours on the lake with Jones provided an excellent illustration of just how productive Green River can be. Looking for filets to supply a fish fry, Jones headed to an area close to Holmes Bend and zeroed in on several waypoints on his electronic units in an area roughly the size of a football field. Each of the spots marked on his maps featured brushpiles in about 15-20 feet of water.

He eased toward the first one with several B’n’M rods extending from the front of his boat. He prepped the rods, baiting with minnows as he neared the first brushpile. The wood cover rested in about 20 feet of water, and Jones dropped the first minnow rig about 10 feet down.

Before he got the next rig situated, the tip of the first rod dipped and then plunged into the water. Moments later, Jones swung the first keeper aboard. He stayed on the spot for perhaps 30 minutes, depositing about a dozen fish in the livewell, and then repeated the process on the next brushpile in the area. The action was so hot on the first two brushpiles that Jones never got his full complement of rods in the water.

“Most of the time, I keep things simple,” Jones said. “Tight-lining minnows is one of the best ways to put fish in the boat on this lake.”

For most of the trip, Jones used a staple of his guide trips, the time-honored B’n’M Capps and Coleman Minnow Rigs. The double-hook rigs are simple to use, even by inexperienced clients. Later in the trip, we cast Crappie Magnet jigs and plastics, tipping them with Crappie Magnet Slab Bites and occasionally with minnows. Both presentations produced a steady supply of crappie.

Before the trip ended about three hours later, a two-person limit – 40 fish – swam in the livewell, almost all a perfect size for fileting. We released a few crappie short of the legal nine-inch limit but caught none bigger than 12 inches. 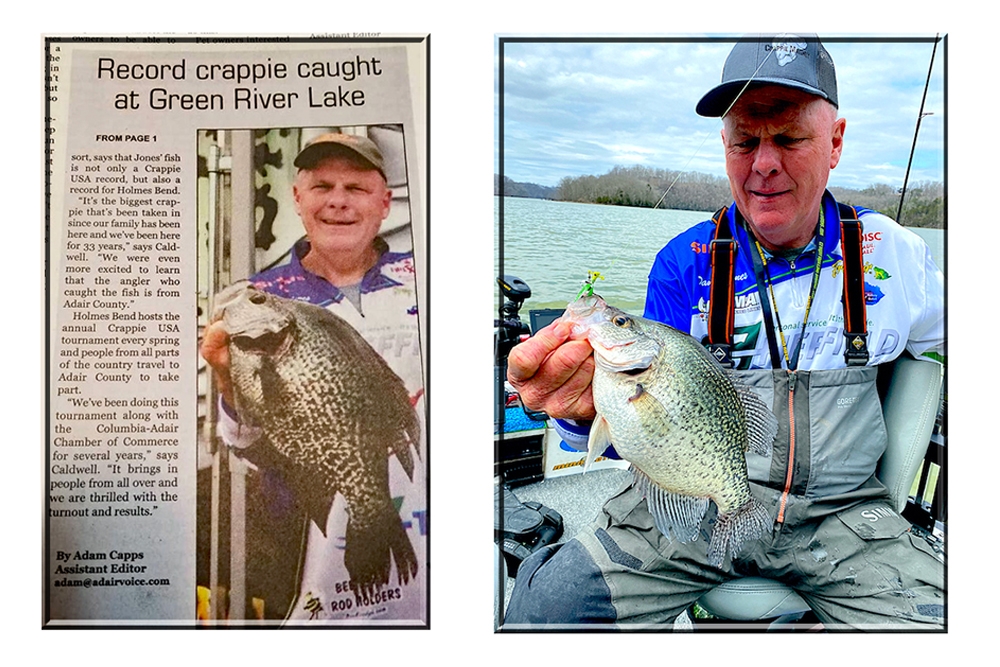 Jones, by the way, landed the biggest crappie ever from the lake, a 3.36 black crappie during a Crappie USA tournament in 2018. White crappie make up the majority of the lake’s populations with a growing number of blacks and the occasional black nose.

While crappie fishing is the centerpiece of any visit to Green River, the lake, particularly the Holmes Bend area, features plenty of other amenities. The marina and resort cater to families with a beach, fishing pier, cabins, and boat rentals, from the smallest flatbottom to the largest houseboat. A seasonal restaurant serves up simple but excellent fare. Try the traditional country breakfast or a burger for lunch.

Aside from the family-oriented features, the resort also offers corporate facilities with studios, suites, and meeting rooms available for larger gatherings.

“It pretty much offers just about everything for the smallest families to larger groups,” Jones said.

If a day trip fits the schedule, Jones mentioned several historical destinations near the lake in either Adair or Taylor counties. One of the more novel attractions is the home of noted Kentucky author Janice Holt Giles, a log cabin pieced together from the remnants of four similar structures. Located about 15 miles east of Holmes Bend, the cabin is open 1-4 p.m. on Saturdays and Sundays June through October. 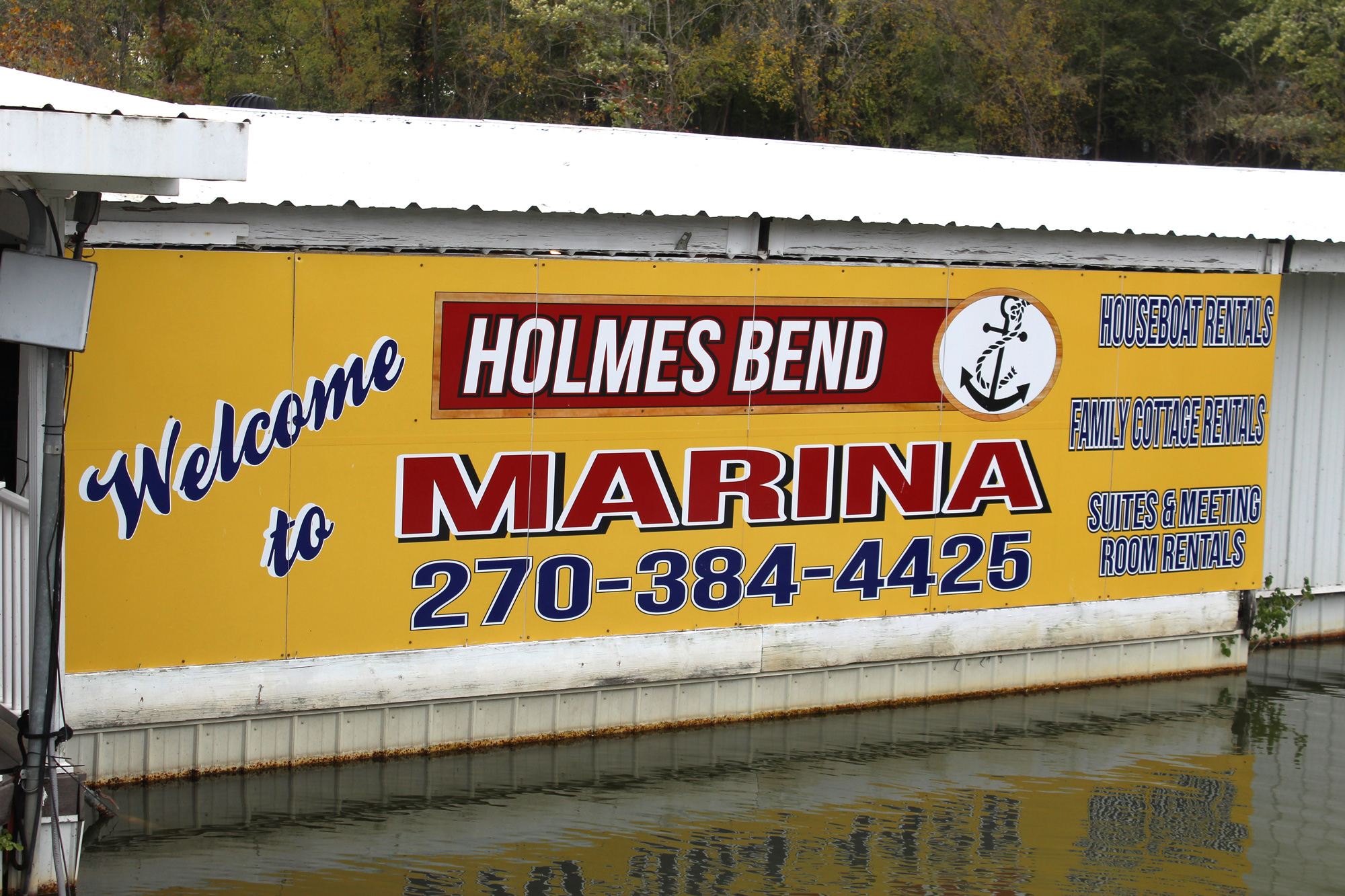 “Her cabin and home place sits back in what we call a ‘holler’ around here,” Jones said. “It’s a unique, beautiful place.”

“What’s unique about this lake is that you can catch them year-round,” he said. “I would rather go fishing in June than I would in May. I know people might think that’s crazy, but I might go one day in March and catch 100 crappie and go the next day and the wind is blowing 40 mph.”

Regardless of the timing or purpose of the visit, Jones is confident in his ability to put people on fish.

“It’s a lake where 99.5 percent of the time you’re going to catch your limit,” he said. “I tell people that you can even catch two or three in the parking lot before you get started. Even if you don’t fish, it’s a great place to visit.”

(Greg McCain is a retired educator and freelance writer from prime crappie-fishing territory in northwest Alabama. His regular stories appear on the ACC Crappie Stix blog, in Georgia Outdoors News, and on the Alabama B.A.S.S. Nation website in addition to his contributions to CrappieNow.)

CrappiefishingTourismTrips
« CatfishNOW: Get the Lake Murray Blues
Fishing with ACT Angler of the Year Kyler Beckmann »