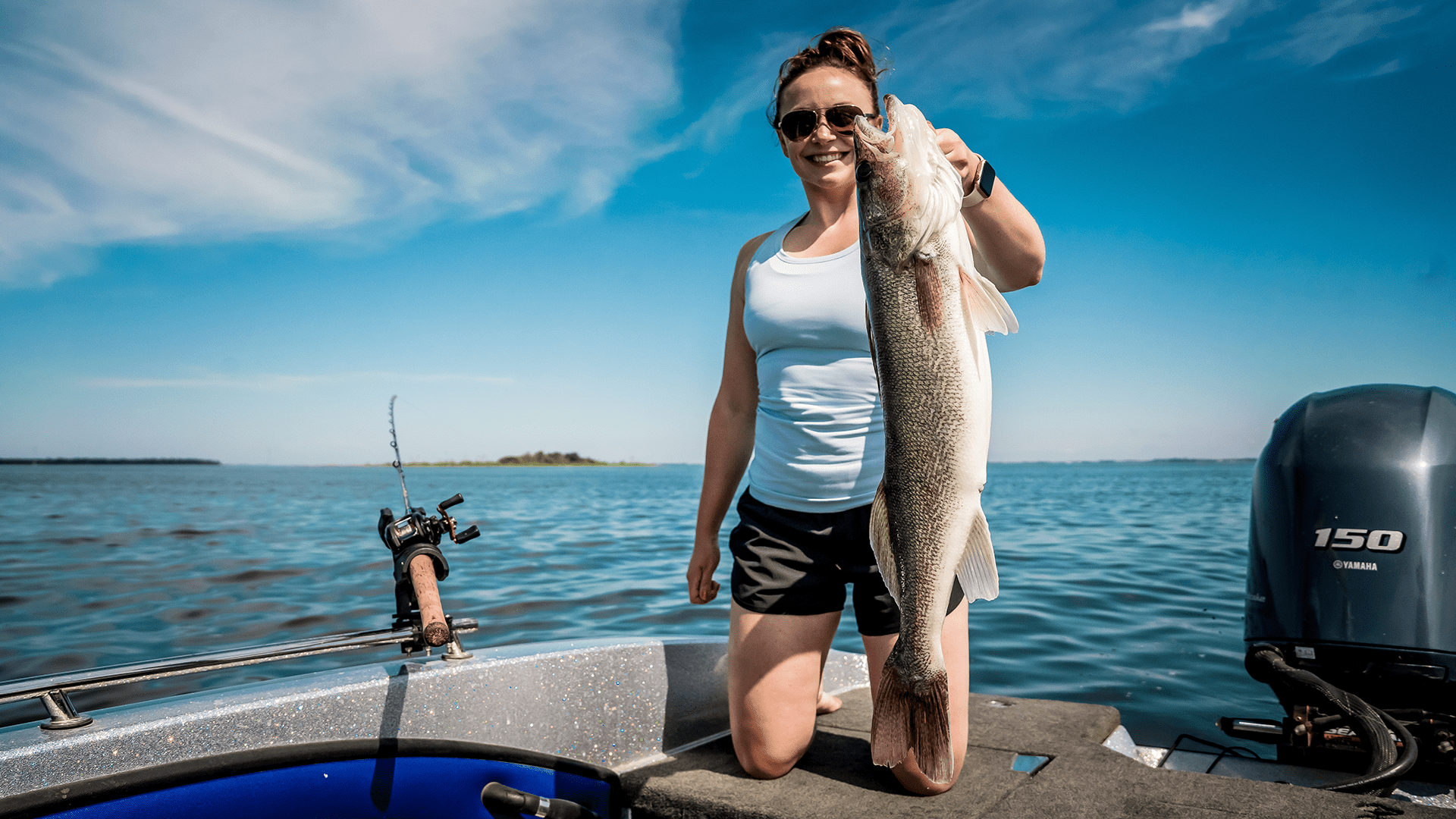 The fish are doing well.  So, too, is tourism according to Tourism executive director Suzie Kenner.  She said, “Tourism has been going really strong.  If the summer activity pace continues, I feel Devils Lake will experience a record year.” 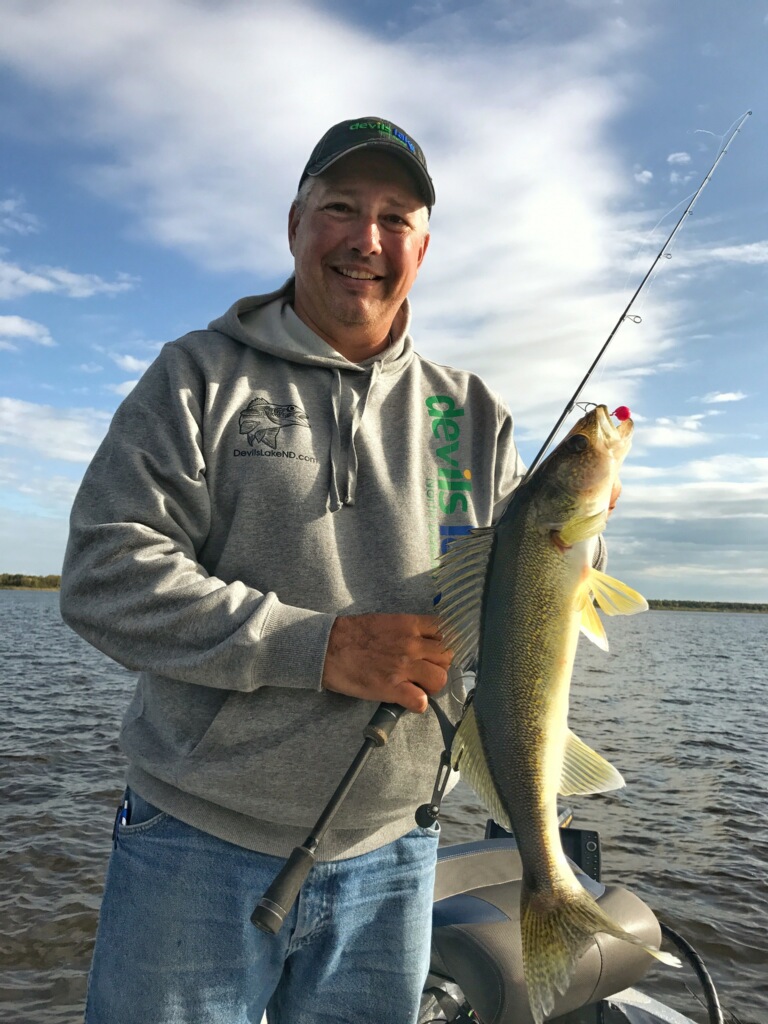 White bass per net averaged 11.4 this year, compared to 5.5 long-term.  The “big guys” above 15 inches showed up 3.5 per net compared to historical averages of 0.6 per net.  “This large age class was hatched in 2015.  They are now in their seventh growing season, and their numbers will decline over time as they age,” he said.  Most northern pike were from 21 inches long to 34 inches, “Not hammer-handles,” he added.

Yellow perch, something on the minds of Devils Lake ice fishermen year-round, made a great showing.  Caspers’ team recorded 18.3 per net, compared to the average of 11.5.

Devils Lake has a unique history of something from nothing.  From a record low following the Dust Bowl years when the lake covered 11 square miles, it grew to a maximum size in 2011.  It is now seven feet lower than its record and covers 240 square miles.  That is approximately 145,000 acres.

“With a dry fall last year, very little snow throughout the drainage last winter, and almost no moisture this spring and summer,” explained Jeff Frith, manager of the Devils Lake Basin Joint Water Resources Board, “the results are evident.”  Like all the farmers, fishing guides and tourists know, he added, “We’re at the hands of Mother Nature.”  He advised boaters to check locally about obstacles such as flooded roads, trees, machinery, etc. that are now reappearing.  Ramps will be extended as necessary for fishermen.  Caspers added, “We will chase the water as it goes down, just like we did as it rose.”

Guides and their clients are liking the late-summer fishing.  Guide Cody Roswick, Fin-Hunters guide service, said the two words that best describe the walleye action.  He said, “Consistent.”  And, “Excellent.”  His go-to method is bottom bouncers and spinners with nightcrawlers.  The magic depth this week is 18 to 25 feet along the old shorelines that were scoured out by wave action as the water came up.  He said, “Walleyes like these rocky areas.”  When he trolls, the new Northland Shiner crankbait is his top producer.

A similar story has been occurring in guide Johnnie Candle’s boat.  “The heat of summer with temps in the mid-90’s warmed the water, but absolutely nothing changed.  The fish are right where they traditionally hold this time of year,” he said.  He was enthusiastic about the many walleye tactics that work so well on Devils Lake.

Old shorelines at 18 to 22 feet hold everything a walleye wants, Candle said. Bottom bouncers effectively contact these fish.  The flooded road pattern (10 to 14 feet deep) is exceptional when the breeze blows on overcast days.

Shallow rock piles with slip bobbers produced on a recent guide trip.  “We had a 20-fish limit by 10 am, and went into 12-feet and cast jigs to the 6-foot weed edge.  In just a few hours we caught and released another 20 walleyes and the same number of white bass.  What a fun day,” he said.  “These dog-days of summer patterns haven’t changed in over a decade.”

Candle’s extremely popular monthly fishing seminar is broadcast live on facebook.com/devilslake at 7 pm CDT on Sept. 2 and Oct. 5.  He shares exactly what’s happening, where, how and offers answers to the “Why” questions.

More details about everything you need to know about Devils Lake (the City and the Lake) can be located at devilslakend.com.