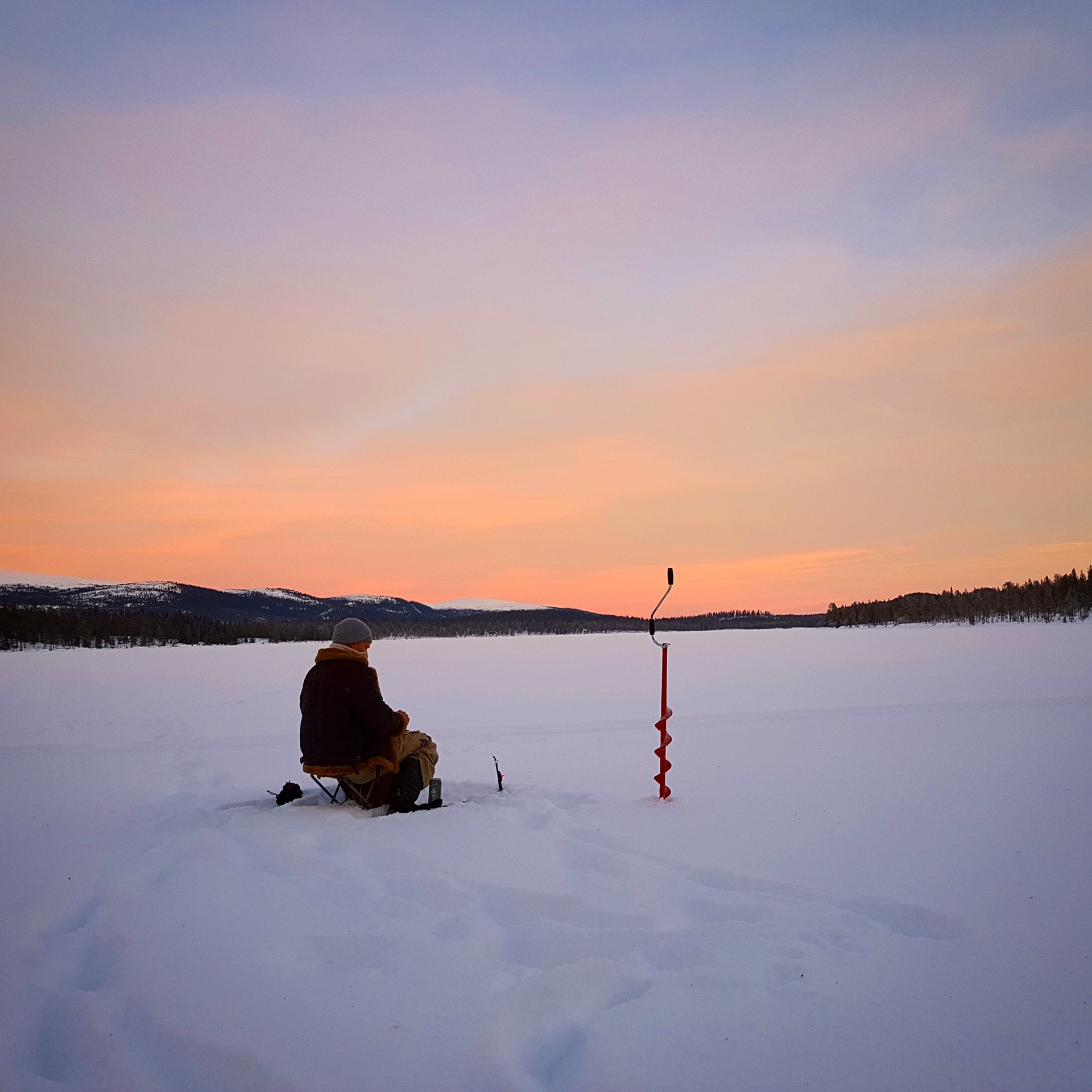 For some fishermen, planning, preparation and going to a special destination is the thrill.  To others, it is the actual fishing experience.  For the guys and gals with Devils Lake on the brain, it is both.  This gigantic lake in north-central North Dakota attracts people because as Perch Patrol guide Korey Sprengel said, “It’s always changing.  Every day is a challenge.  It’s an incredible fishery.”

Guide John Adams loves it and so do his clients.  “Devils Lake is a mega-fishery.  People soon learn it’s a multi-species system and the season never closes.  My guests are surprised how differently we fish, and they take these lessons home with them,” he said. 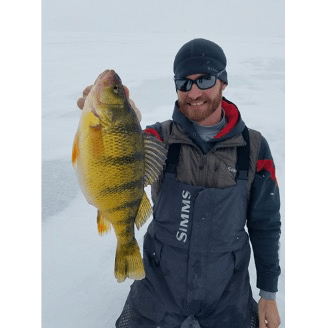 Sprengel is a world-class walleye tournament angler with victories and top finishes in many National Walleye Tour events.  He won the Cabela’s World Walleye Championship on Devils Lake a few years back.  Last year he won the Sturgeon Bay (Wisconsin) Bass Tournament.  He’s won several walleye Team and Angler of the Year titles.  Adams has been guiding for a decade on the lake.  He considered retiring, but said, “So many clients want me to keep going, so I do.  It’s what I love, fishing and meeting new friends daily.”

Sprengel is a hard worker on open water and ice.  In typical Sprengel fashion, he put it simply, “The Devils lake fish make you fish…harder.”   Late January found him on ice six days a week with the walleyes biting extremely well.  A fact also relayed by Adams.

Sprengel Lesson:  On dark, cloudy days, concentrate on walleyes.  Fish early and late on bright days.  With sunshine, spend more time on perch.  He had several opinions about perch, which has been very good at times this winter.  “Perch don’t seem to be as concentrated as normal, at least not yet,” he said.  The size is there as represented by his personal best, a 14-plus inch perch that tipped the scales at 1.86 pounds recently.  Devils Lake perch grow well eating freshwater shrimp and blood worms.

Sprengel said the reason guides are a bargain on the lake is that, “You basically put what you’ve learned in the recesses of the memory banks and approach each day based on the weather.  The fish are here one day; gone the next.  Tactics, colors, areas, structure, depths – it’s a diverse system.”  Adams said that’s why he has so many spots and he keeps seeking even better new areas to spread his clients.  “Some are in Eskimo shelters staring at their Vexilars while some prefer the permanent house and others are hole-hopping.  Options and opportunities are endless,” he said.

“How many places have you fished where three to four feet of perch are stacked up waiting to attack a jig?” Sprengel asked.  “With a shot at the biggest fish of their lives, clients flock to the lake.”  Adams said perch and walleyes rank as the number one and two reasons Devils Lake is so popular.  “Don’t slight northern pike,” he continued.  “When filleted and de-boned, they taste just like walleye.”

He said clients really have fun chasing flags.  A group of four anglers with 16 tip-ups in the water (4 lines in winter) will be busy.  “When families book trips, I know it will involve fun with these big toothy fighters,” he said.  “If they do it one day, they want to go again the next day.”

Adams Lesson:  He fishes where the walleyes and perch lead him.  That could be old shorelines from when the lake increased from 40,000 acres in the early 1990’s to today when it is at least four times as large.  Flooded buildings, roadbeds, rock piles are all in play.  In a call from the lake, he was fishing an underwater ridge that previously (in low water) separated two small lakes.  The ridge is now a fish highway, and in five feet of water, jigging a Northland Buckshot rattle spoon, he was having a grand time.  “My clients are thrilled with all the 14 to 21-inch walleyes they’re catching,” he said.  For walleyes, it’s Buck Shot and Forage Minnow spoons and Jigging Raps.  Perch require PK Lures tungsten jigs and NW Metro Tackle gold jigs.

Devils Lake guide services are featured on devilslakend.com, along with weekly fishing reports, lake info, ice conditions, details about the community, lodging, restaurants, casino and so much more.  Fishing is open year-round.  Devils Lake questions will gladly be answered by a knowledgeable local resident at 701-662-4903.