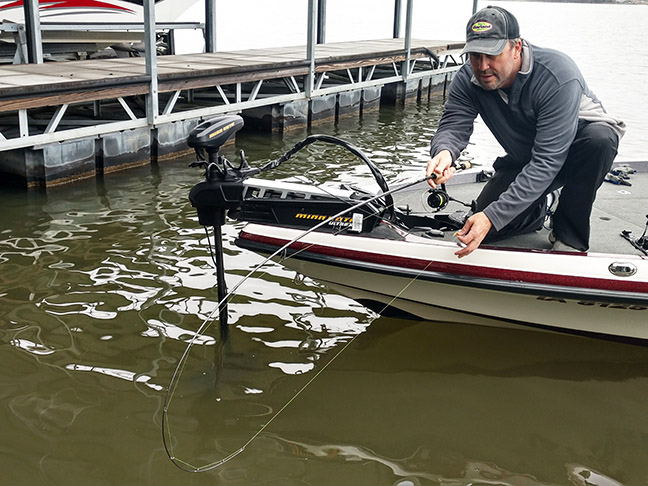 Park Falls, WI (May 1, 2019) – Chances are if you’re a crappie angler you’ve at least heard of the technique called dock shooting. What exactly is it? It’s a lethal way to catch fish in hard-to-reach places that’s part dock skipping—which many of us know from bass fishing—and part archery, in that jigs are launched as projectiles into these spots from a loaded rod.

Putting the mechanics of dock shooting aside for a second, the first question anglers typically ask is why use the technique. Missouri-based crappie tournament angler Steve Seifert explains: “I started shooting docks about ten years ago and the reason I started doing it is there were a couple guys fishing tournaments who were just killing everybody and nobody could figure out what they were doing. Then one day I ran into them on the lake and saw them shooting docks. I immediately took up the technique and the amount of fish I caught and the size of the crappies I caught increased dramatically. I just couldn’t believe it. I’ve been doing it ever since.”

READ THE REST OF THE STORY…