Fishing with ACT Angler of the Year Kyler Beckmann 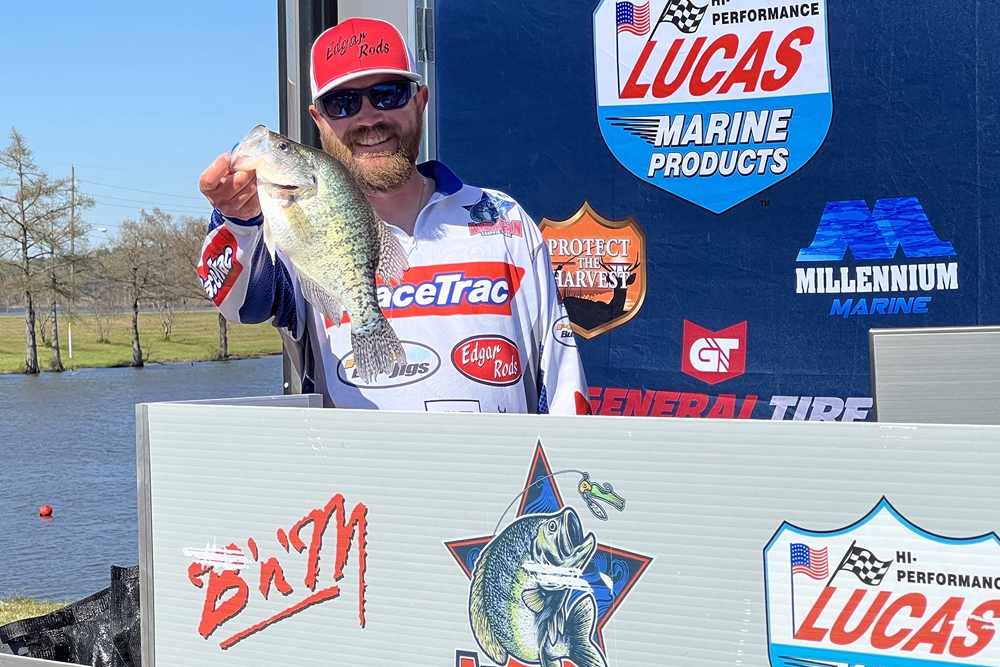 Stover Missouri is home to the new American Crappie Trail Angler of the Year, Kyler Beckmann. He and his father, Shannon, started chasing the title and fished together through the Grenada tournament. Their journey took a sad turn, however, when Shannon suddenly died. The tragedy led Kyler to continue to pursue their goal as he fished by himself the remainder of the circuit season.

Beckmann is a full-time guide in Missouri. Sponsors include RaceTrac, Edgar Rods, Lucas Oil and others. His fishing experience began while he was in diapers and his dad took him with him on Lake of the Ozarks fishing trips. When Kyler got older, he fished local ponds. At 14-years-old, he got a 14-foot johnboat with a 9.9 motor that he used every day when he could get to the lake. Today, he’s on the water more than 250 days a year fishing on his home lake, Lake of the Ozarks, fishing national tournaments and guiding on Truman Lake. 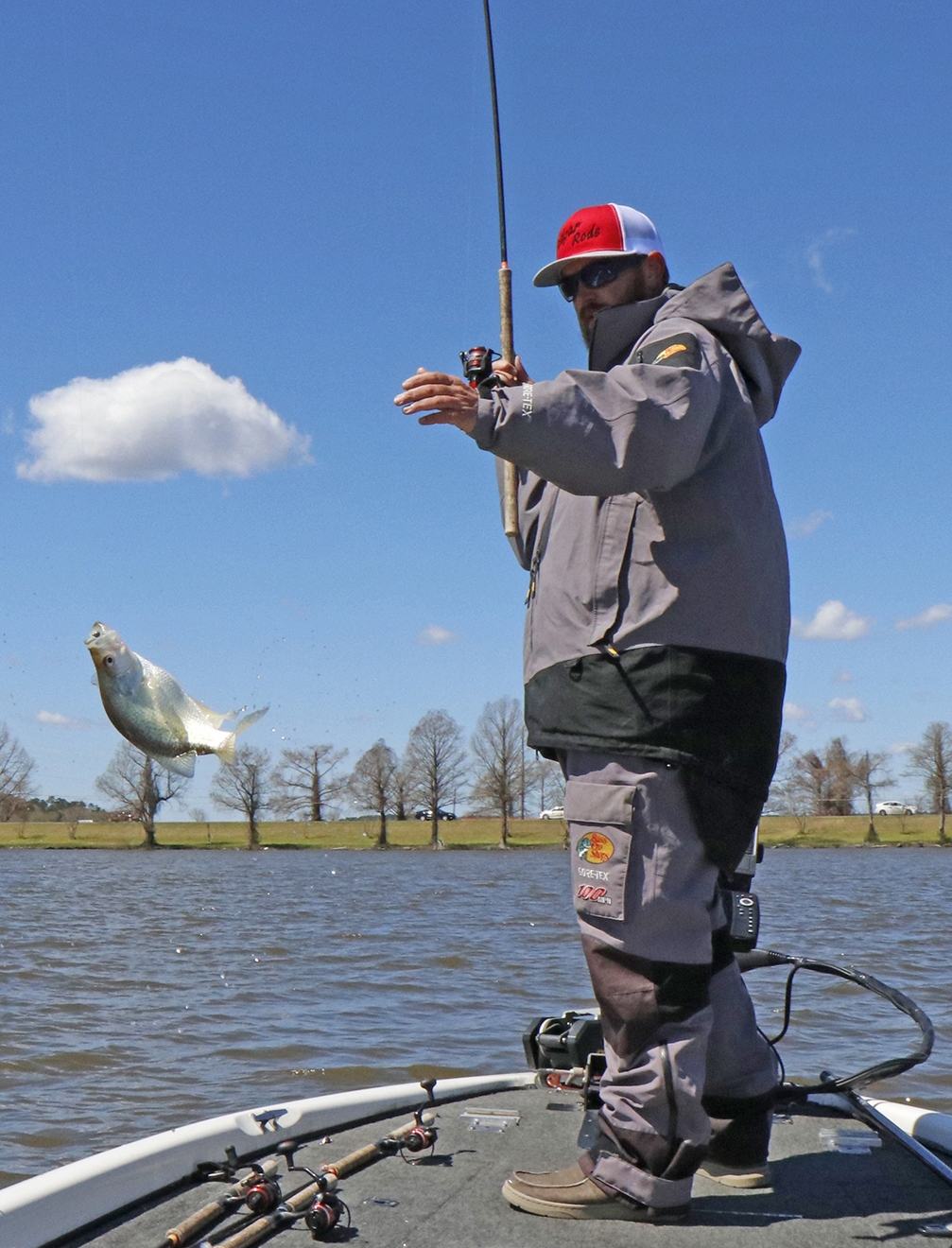 “My greatest day fishing was on day two of the Grenada tournament (2021). On day two we caught 18.18 pounds. That was the biggest weight ever for a post-spawn weight. It moved us from 8th on day one into the 2nd spot to finish the tournament. It was the best day fishing I’ve had in my life. Dad passed away after that tournament.

“Consistency?  For me it’s basically hard work every day. When I go to a lake my goal is to learn everything possible. Another thing that helps me is not being scared to just fish on the fly. That’s one reason I like two-day tournaments, because by the second day of the tournament, I have it figured out, but I’m still learning as the tournament progresses.

“A weekend fisherman can get stuck on where they’ve caught fish in the past. I recommend they go out and find new places. Learn. Their special little honey holes might work some of the time, but a fisherman should get out on the body of water he fishes and learn where the fish are today, not just where they were in the past.”

Beckmann is a one-pole fisherman. He will sometimes cast and shoot docks, but 90 percent of the time he is using live-imaging to find and catch fish.

“When guiding, I hold a rod in my hand, find a fish and tap the water with my pole tip where I want my customer to put the jig with the pole he is holding. I coach them the entire way, arm, hand, push out or pull in, and sometimes tell them when to set the hook. [Garmin} LiveScope is a blast for the customers. 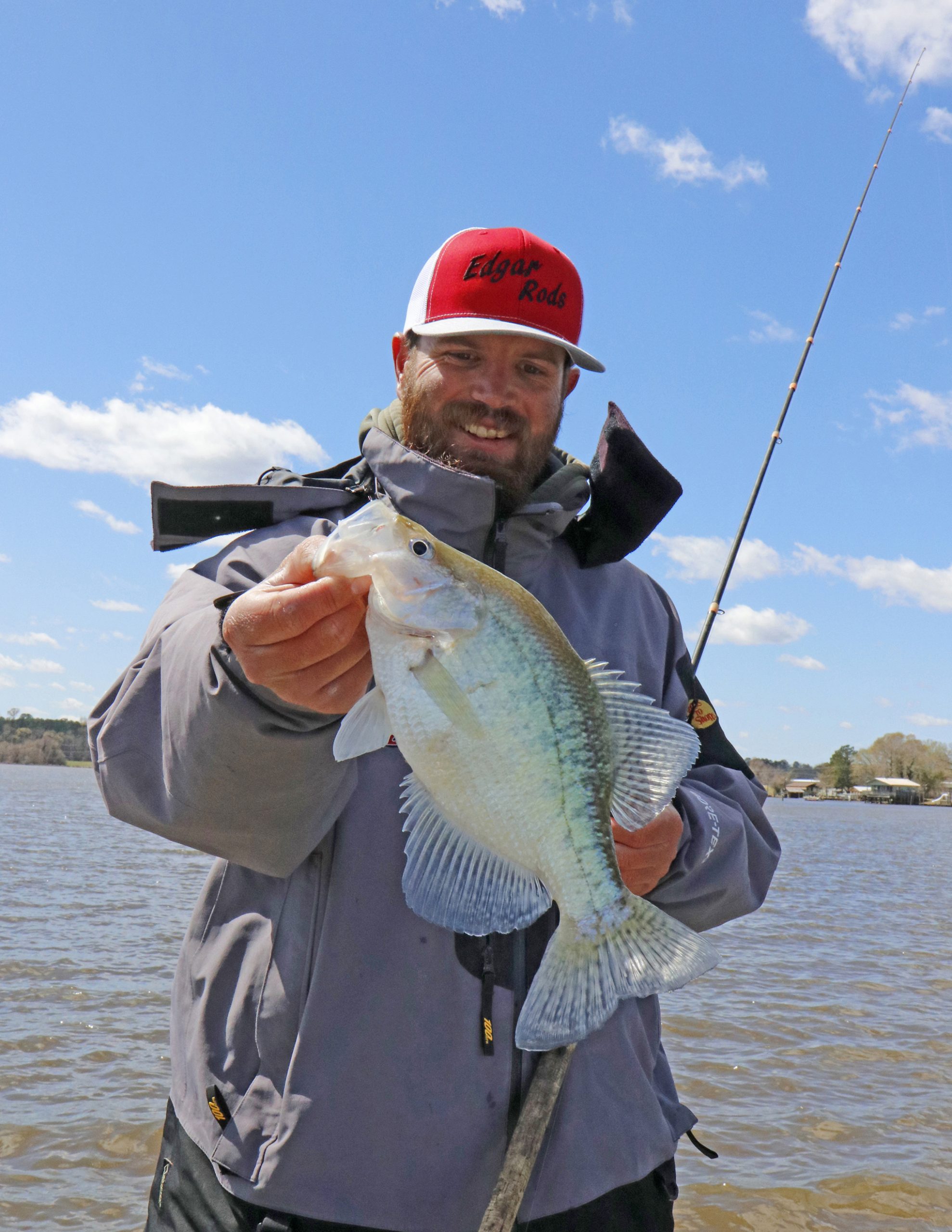 “I use Edgar signature series 11-foot poles, 500-series HH Reels, eight-pound ultra-clear line and 1/16- to 3/16-ounce Pro Built jigs. I use Crappie Monster Jigs, small fry, in smoke, margarita and grayish/blue. I tie a lot of jigs, too.”

Beckmann recommends a one-pole fisherman should have a couple extra poles rigged with different baits. He says a fish doesn’t always want what other fish have been biting, so he throws something different to a stubborn fish. He also believes in his signature series scent, JB’s Fish Sauce, in wax worm. However, during the championship, he soaked his baits in the baitfish scent, the scent the D’Arbonne fish preferred.

“In June and July, the fish are post spawn and will be relating to wood a lot more. Most will be on timber and brush piles. They are very wood-oriented. I always pitch past them and swim the bait over the top. I don’t chase a fish in wood cover, but in open water I can follow them as long as I want. I followed a fish at Grenada for 35 minutes. I finally caught it and it was a 2.82.

“The biggest factor for LiveScope, and most other techniques, is boat control. It’s the critical factor when targeting individual fish. Fishermen hear about boat control all the time, but this is a whole new level of control when you are being precise. 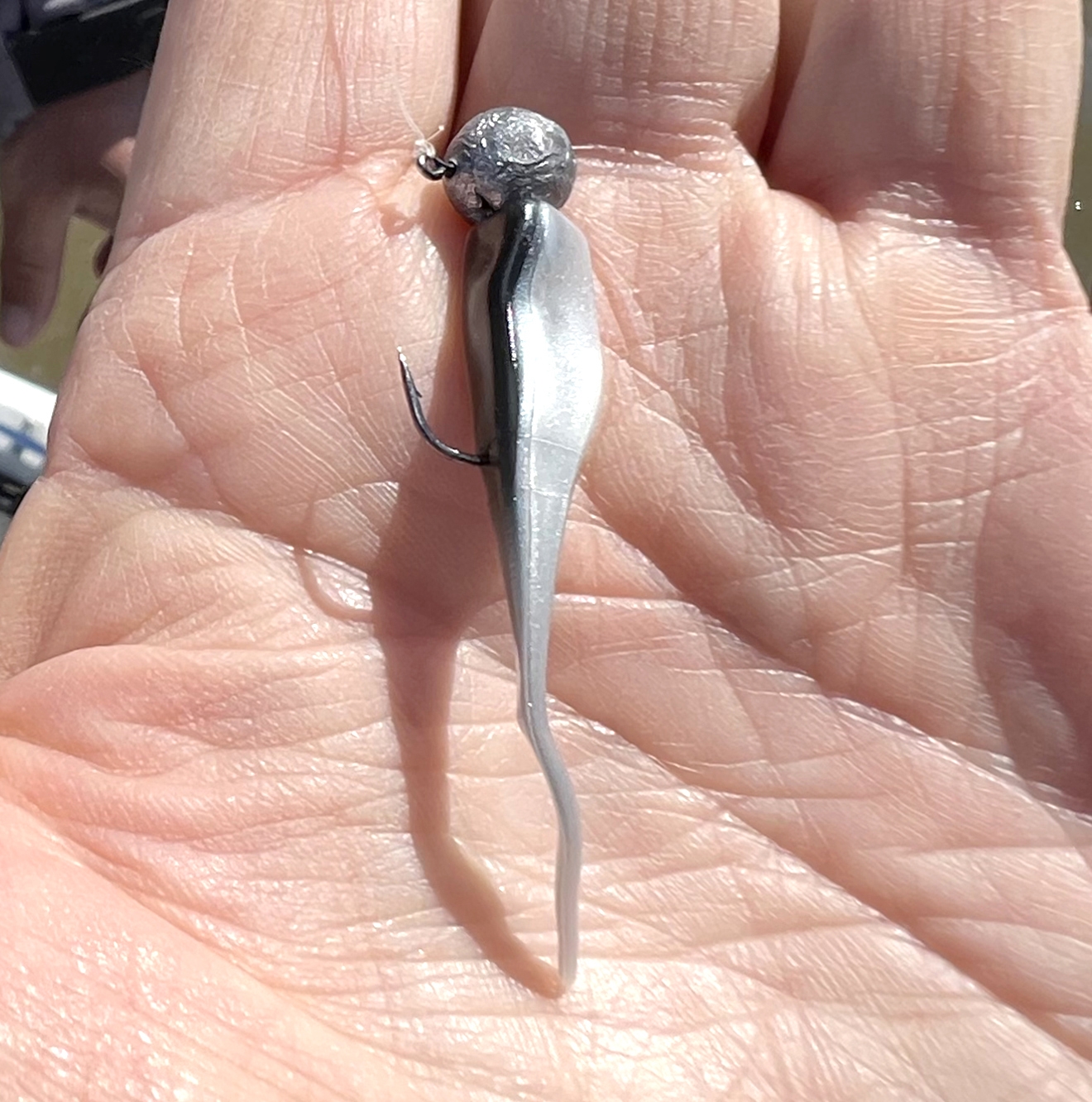 “Maybe the biggest mistake I see with the local anglers is not covering enough water. I’ll see a boat in a spot for a long time when they should be moving. Another thing is to set the hook properly. They are called paper mouths for a reason. I like using smaller-hook jigs, so I don’t want to rip their lips out. I’ll play my fish, sometimes wear them out and then net.”

Winning ACT Angler of the Year

“The American Crappie Trail is the best trail and I love it. It’s professionally run and the competition is extremely tough. It’s difficult to get a top-ten finish.

“Winning is a dream come true,” says Beckmann. “I’ve always wanted to win one. I’m extremely happy I was able to get it done, because my dad and I set that as our number one goal when we started last year. Just to finish up what we started was a big load off my shoulders. I had a good first day at the championship but not a good second day. I had a lot of pressure on me and was pretty stressed out. But when I made it to the third day, I knew I had the AOY locked up. I went into day three and had a lot of fun. I finished seventh in the tournament.”

Tim Huffman has specialized in crappie fishing writing and photography since 1988. He is Senior Writer for CrappieNow Digital Magazine, a freelance writer and book author. His new 2022 book is Crappie Annual & Product Guide. Books are available at Grizzly Jig Company, Amazon or link to his website http://monstercrappie.com