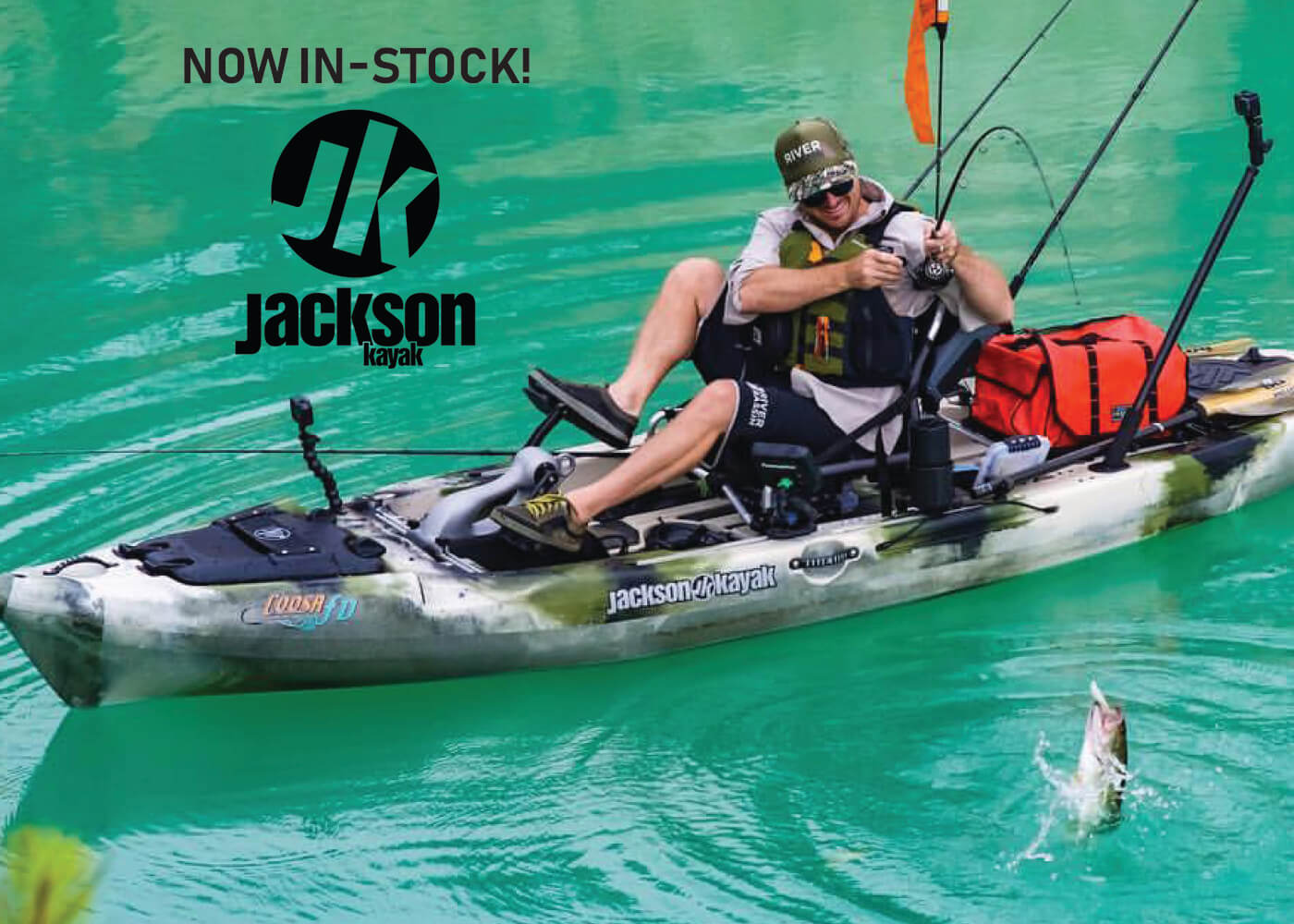 FishUSA®, America’s Tackle Shop®, has announced the addition of Jackson Kayak to its expanding line of fishing kayak and kayak accessories, with the product now available for purchase online at www. FishUSA.com and in the company’s Fairview, Pennsylvania Pro Shop.

“As we worked more closely with their team, it became clear that their commitment to independent retailer success is truly unique, and our companies share a common understanding that this sales channel is not only the backbone of the fishing industry, but also a catalyst in driving innovation and growth,” stated Jeff Parnell, FishUSA’s President and CEO. “In addition, their view of omnichannel retail is that the customer experience should be consistent across all retail channels–and we could not agree more.”

According to Doug Straub, FishUSA’s Senior Director of Merchandising and Marketing, “We’re thrilled to be adding Jackson Kayaks to the FishUSA offering. Our initial shipment has just arrived, and with the addition of Jackson, we believe that we have the best fishing kayak selection in the country. This partnership takes us another step forward to bridge the gap between paddlesports and fishing tackle.”

Doug Ragan, Jackson’s Vice President of Sales, is also enthusiastic about this new strategic opportunity. “Jackson Kayak is very excited to have FishUSA as a partner. They love the sport, as does Jackson, and treat customers like family. We look forward to doing great things together!”

FishUSA, America’s Tackle Shop®, caters to anglers nationally and internationally with products for a wide spectrum of species and fishing techniques. Launched in 2000 and celebrating its 20th anniversary this year, the company’s website (www.FishUSA.com), includes tens of thousands of SKUs and is operated by FishUSA, Inc., a privately-held company located in Fairview, Pennsylvania. Based in the Great Lakes region, the company’s business has grown rapidly both nationally and globally–as well as in its broader merchandising

approach that appeals to more anglers than ever. FishUSA also operates a full-service pro shop at its headquarters providing serious anglers with access to the company’s entire product line.

About Jackson Adventures and Jackson Kayak

« As ASA Grows, So Do the Association’s Policy Successes
19th Intermediate & Advanced Muskie Fishing School To Be Held Saturday March 14, 2020 at Waunakee HS »