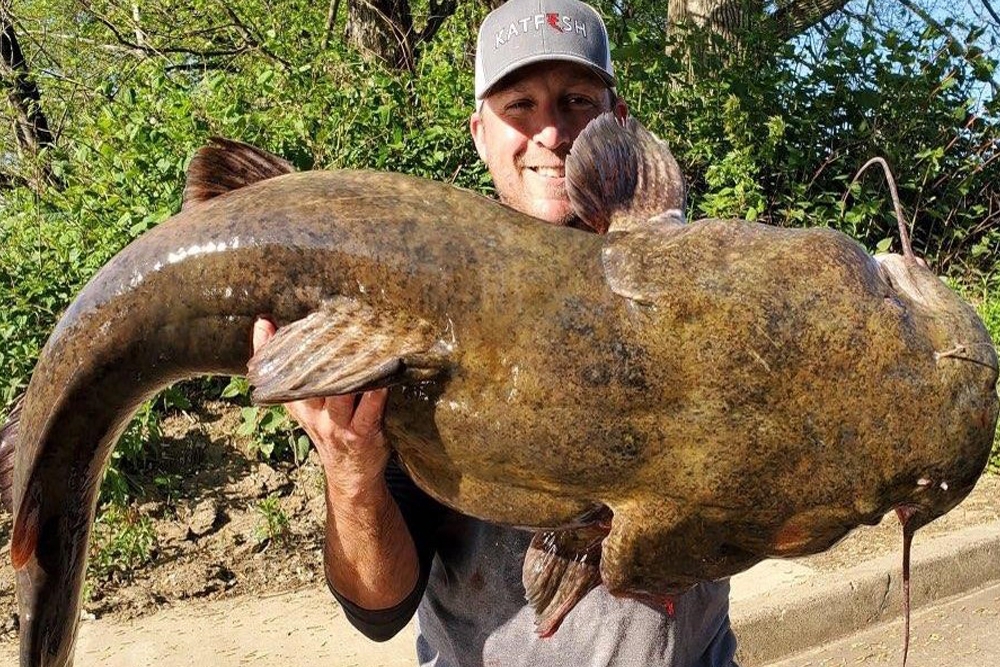 He says he doesn’t have a specialty, but flathead fishing is high on his skills list and it isn’t because of luck. Like many other passionate catfish anglers, his love for the sport started at an early age when he would fish for anything that swam. It developed from there into a passion for flatheads.

“I don’t know that I have a specialty,” revealed Pennsylvania angler Joe Granata. “But I can definitely say that my passion was sparked when I started targeting flatheads. Although I take a few trips a year to target blue cats and certainly enjoy that, I am definitely a flathead fisherman at heart. I spend most of my time targeting them in my home waters and will take any opportunity I can get to hook into them.”

He was fortunate to have a creek system near his childhood home outside of Pittsburgh, Pennsylvania. All he had to do in his early years was grab his gear, jump on his bike, and head to the creek. In those early years, he would fish for any species of fish that would bite. All that changed around 2012. 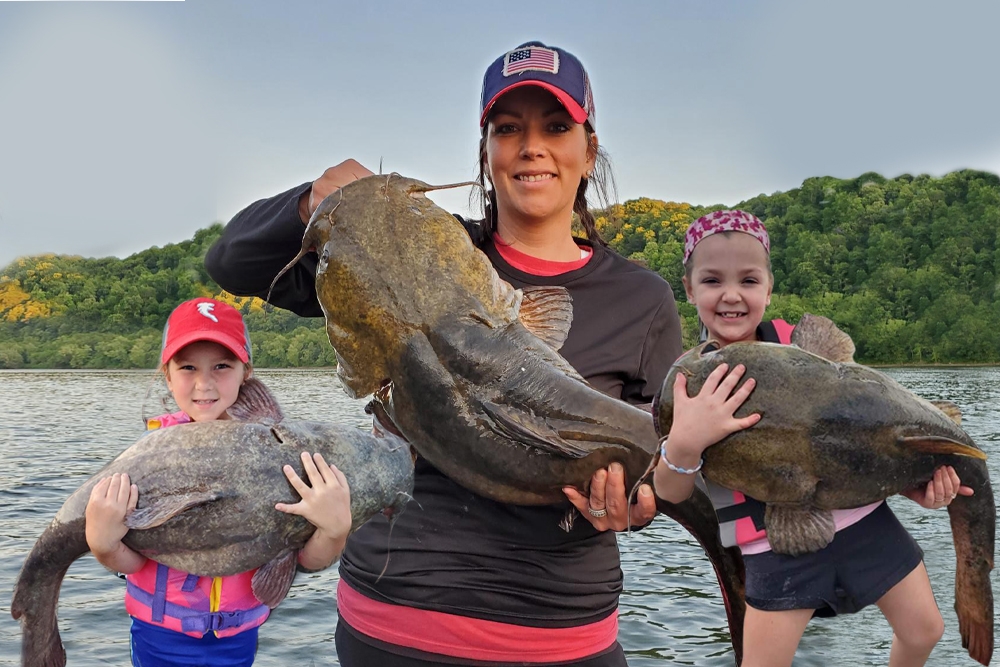 “About 10 years ago, I started to focus on flatheads,” explained Granata. “They are a special fish and once you start to hone in on them, it is nearly impossible to enjoy fishing for any other species.”

Granata currently lives about 25 miles outside of Pittsburgh, That location provides him with many good options for targeting flatheads. The Ohio River is in his backyard and he fishes it from his home area to Pittsburg and on to Wheeling, WV. Although he spends most of his time on the Ohio, add the nearby Allegheny River and Monongahela River and his flathead possibilities are increased significantly.

“I have been addicted to catfishing since the day I started,” offered Granata. “That’s no exaggeration. When I say it was immediate, it was immediate! I have caught many other species of fish in my lifetime but there is just something about putting in the time to get the proper baits, track their patterns, present the bait, and work hard to get the payoff. The reward is hooking into a flathead and other species of fish just doesn’t compare.”

“It may sound cliché, but when I found catfishing, I found what I loved,” continued Granata. “It just happened. It was instantaneous. I started studying everything I could about them, about their habits, their patterns, etc. I wanted to know everything about them and how to be the best at fishing for them that I could be. It just took off from there.” 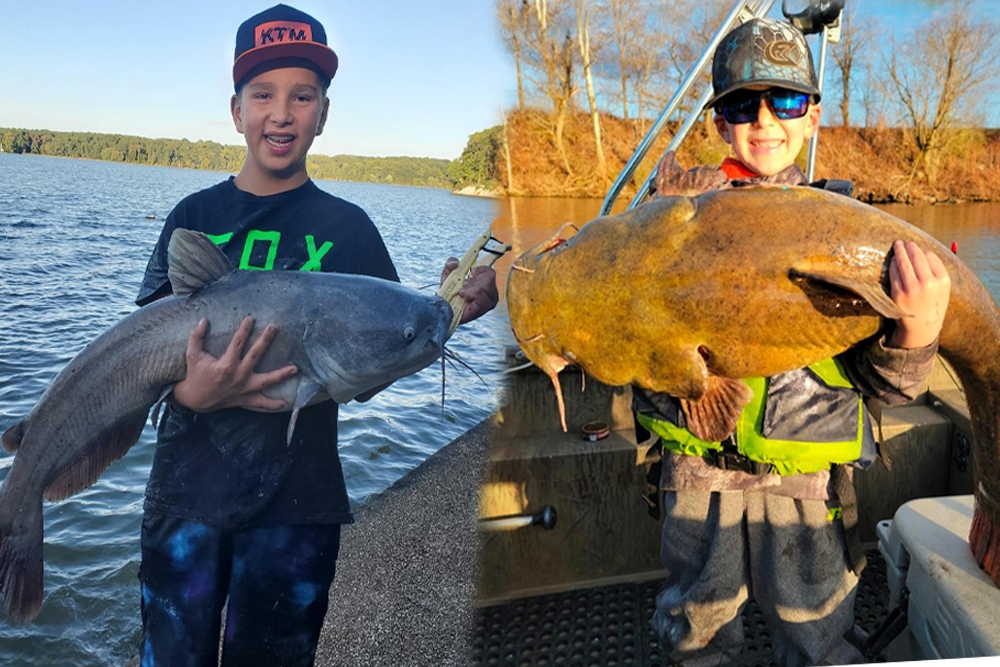 “What’s not to love,” asks Granata. “Catfishing covers all the bases when it comes to finding something you love. It challenges me. It inspires me. It makes me work hard for the reward. It gives me great highs and sometimes lows. It builds me up. It humbles me. I have yet to find anything that compares to it, so I have no plans to stop any time soon.”

He goes on to explain that he will keep catfishing until the day he dies because catfishing is more than just catching a fish. Catfishing is a part of who he is.

“My best days have been out on that river,” continued Granata. “Spending time with my wife, kids, and fishing buddies is what it’s all about. Some days we catch a lot, some days we don’t. But as long as I’m breathing, I am going to be catfishing.”

His high degree of passion for the sport led him to a valid concern for conservation and taking care of the resource. His goals for the future include adding his voice and efforts to better regulations in his home state.

“There are a few great catfishermen that I have found over the years and have followed their journeys,” said Granata. “To me, conservation and ethical fishing is the number one priority. So when I see these guys catching big fish and ensuring they make it back into the water alive and well, they have a fan in me.”

“Conservation and ethical treatment of the fish, resources, and environment aren’t just a part of the sport,” declared Granata. “They are the biggest part of the sport! Sure, it is great to go out there and catch a bunch of fish and reel in a few giants but at the end of the day, if catfishermen don’t respect the fish and resources, we are an active participant in killing the sport we claim to love.” 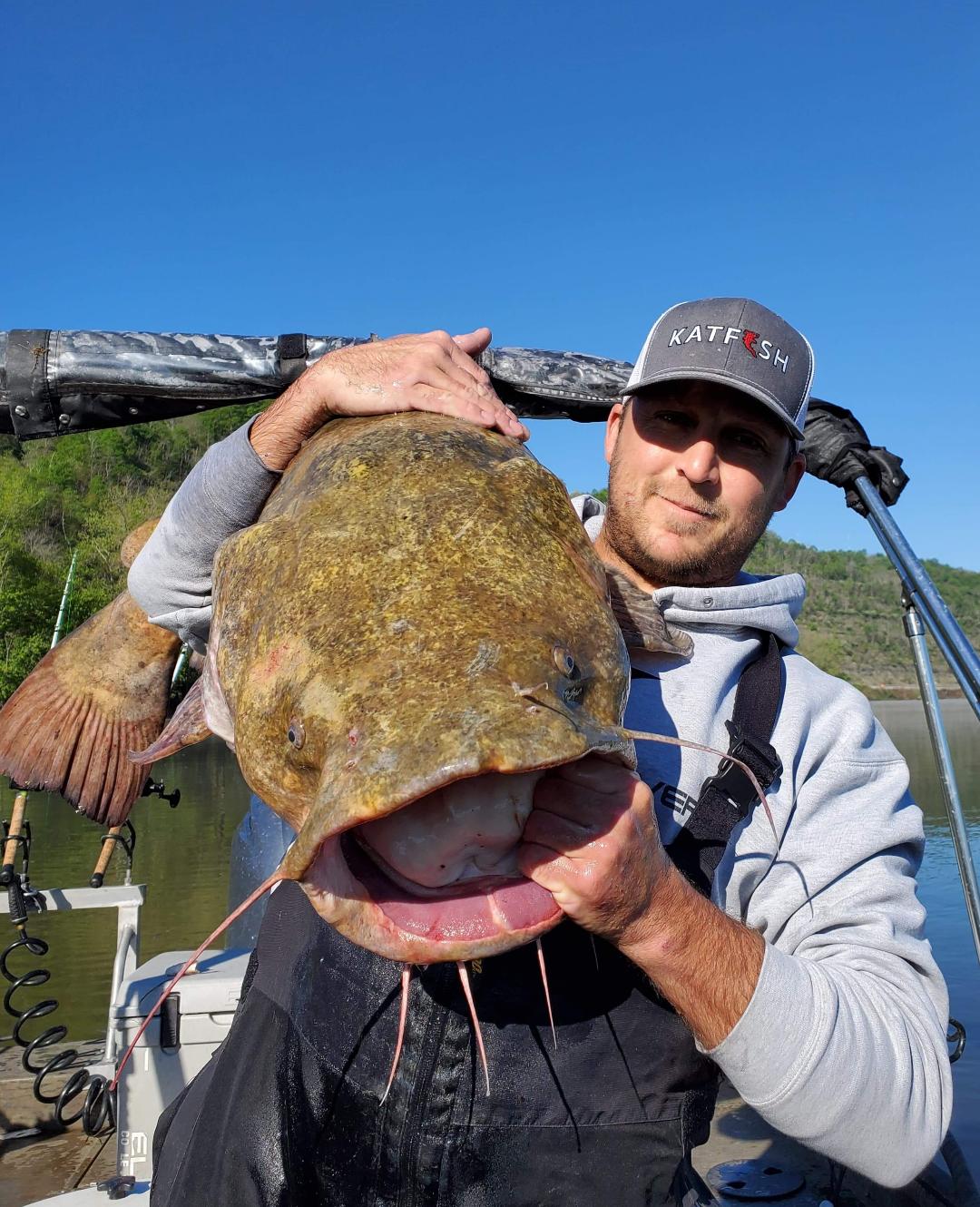 Based on his strong support of catfish conservation, Granata calls for all catfish anglers to always abide by the rules of the water and join him in doing everything they can to educate others on Selective Harvest. This is a least one step to ensure that his children and others can enjoy this sport for years to come. You can be sure that he will do his part.

“Going forward, one of my ultimate goals is to continue to work on strong catfishing regulations in my home state of Pennsylvania,” declared Granata. “I want to finally get these awesome fish protected!

Granata believes in an adage by Hunter S Thompson who said, “Anything worth doing, is worth doing right.”

“Fishing, for me, is like anything in life. If it is worth doing, I am going at it 110% all the time to try to be the best. Fishing is a trying sport. You can go out there and have the best day ever and catch a ton of fish at every spot. Or you can go out there and go all day without getting a bite. For me, that is what keeps me coming back.”

As far as the future is concerned, he plans to continue what he has been doing. He will continue to study and target catfish while attempting to become a better angler and enjoy every minute he gets to spend on his passion.

“I would hope, that when asked about me, my friends and fellow catfishermen would say that I am a humble, stand-up guy, who is always willing to help. That I am someone who is always working hard on and off the water to be the best catfisherman I can be.”

“I am just a guy who loves to catch catfish,” concluded Granata. “To think that I would somehow be important enough to even consider any sort of legacy in the catfishing world is very humbling. I would just hope that when people hear my name, they would think—That guy did it right. He loved the sport and appreciated the fish and the opportunities both gave him.”

Granada started a YouTube channel last year called Hammer-Down Catfishing with Joe Granata. Plenty of his future time will be devoted to building the channel and sharing his love for the sport and what he has learned over the years. Interested anglers can view his efforts on the channel and learn about targeting flatheads and other catfish all with the goal of protecting the resource through good fish care and conservation.