The Wildlife Forever State-Fish Art Contest has partnered with the Guy Harvey Ocean Foundation, which conducts scientific research and hosts educational programs aimed at conserving the marine environment, to recognize the contest winner with the Guy Harvey Award, named for the world-renowned artist, scientist and conservationist Dr. Guy Harvey. The national contest is designed to teach students the importance of healthy ocean ecosystems. 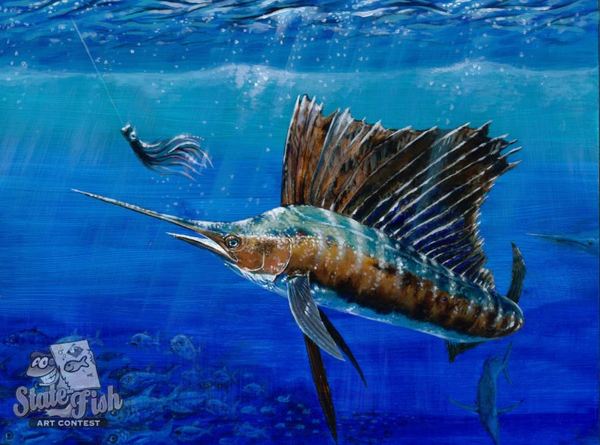 One student artist will be chosen as the Guy Harvey Award winner and will receive a print signed by Dr. Harvey (up to a $200 value) and be eligible to win additional awards and recognitions. The deadline to submit entries to the Wildlife Forever State-Fish Art Contest is March 31.

“Wildlife Forever is honored to be working with the Guy Harvey Ocean Foundation. Guy Harvey is a leader in fisheries conservation and by incorporating the Art of Conservation, thousands of young people will learn about the role that fish have in their environment and express themselves through art,” said Pat Conzemius, President and CEO of Wildlife Forever.