How to Save Money on Fishing Line 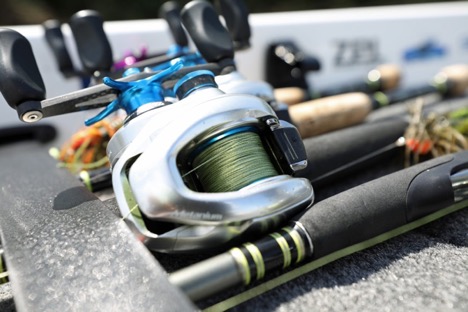 Purchasing the most advanced fishing line can be a sizeable investment.  Utilizing backing line when re-spooling your baitcasting reels can help make the most out of that purchase by saving anglers hard earned money in the process.  Backing line is any line that is put on the reel as filler to have the primary line go over the top of it.  As an example, say your reel holds 150 yds of 12 lb test. If you were to fill that reel with 150 yds of fluorocarbon from a 200 yd spool you would only be leaving 50 yds on the line spool, which is not enough line to go on another reel in most cases. Compare this with having 50 yds of backing line on your spool already, and you will only need 100 yds of the fluorocarbon to fill the reel.  This allows you to easily fill two reels from one 200 yd spool, thus creating maximum efficiency.

Many anglers increase this efficiency by only removing 50 yds to 80 yds of the primary line from their reel when re-spooling, and then only replacing that amount each time.  These anglers leave a backing line on the reel at all times and only replace the last 50 yds to 100 yds.  Over the course of a season this allows them to use much less line and be more efficient with their line by utilizing the backing line.  Using backing line is also crucial when spooling your reel with braid because the slickness of the braid will often slip on the metal spool. Having a backing line that the braid can push against when there is tension keeps it from slipping on hooksets. Depending on what size braid you use, braid tends to take up more capacity on a spool than nylon or fluorocarbon lines do. Because of this, when using braid, we recommend spooling your reel with less backing line than you would spool your reel for nylon or fluorocarbon. Also, when using less than a 100 size reel, it might be unnecessary to spool with backing line depending on what size line you are using because you don’t want to cast all of your line out to your backing line. So, what line could be used for backing on your new reels?  Often times anglers save old or inexpensive line to use as backing on reels, particularly when spooling new reels that they have purchased.  Sunline has a solution to help anglers with their line management and backing. 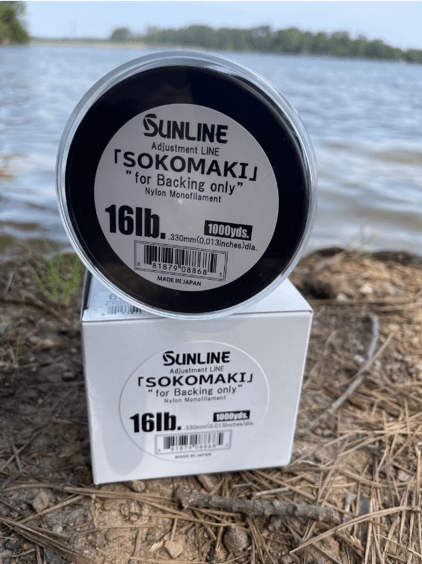 The new Sokomaki Backing Line is a simple solution to make sure you always have a cost-effective backing line that can be used on your baitcasting reels.  Sokomaki comes in a 1000 yd bulk spool which allows an angler to fill numerous reels easily from one spool, preventing the need of keeping a large number of old line spools on hand to be used as backing. Sokomaki is made with a uniform and consistent 0.013 inch diameter, which is the equivalent of 16 lb test.  The consistent diameter allows it to lay on the reel in a uniform manner, allowing the line to be even on the spool for proper filling which enhances the casting distance and performance of your reel.  Think of the line being a consistent diameter like stacking firewood. If all the pieces of wood are the same size it is easy to stack the pile quickly and efficiently, resulting in the pile coming out even on top.  Similarly with a uniform line diameter the line lays evenly across the spool providing a solid and consistent foundation of backing for your reels.  Sokomaki is a very cost-effective way to fill new reels with backing for only approximately $0.01/yard.  Because the backing line is way down in the spool, it does not need to be super fancy and have the perks that our other lines have; therefore, we wanted to make it cheap and easy to make so anglers could save money instead of using their expensive fluorocarbon as backing line. Utilizing backing line when re-spooling your baitcasting reels not only saves you money, but also increases the performance of your reels resulting in longer, smoother, and more accurate casts. To learn more about the new Sokomaki Backing Line visit www.sunlineamerica.com