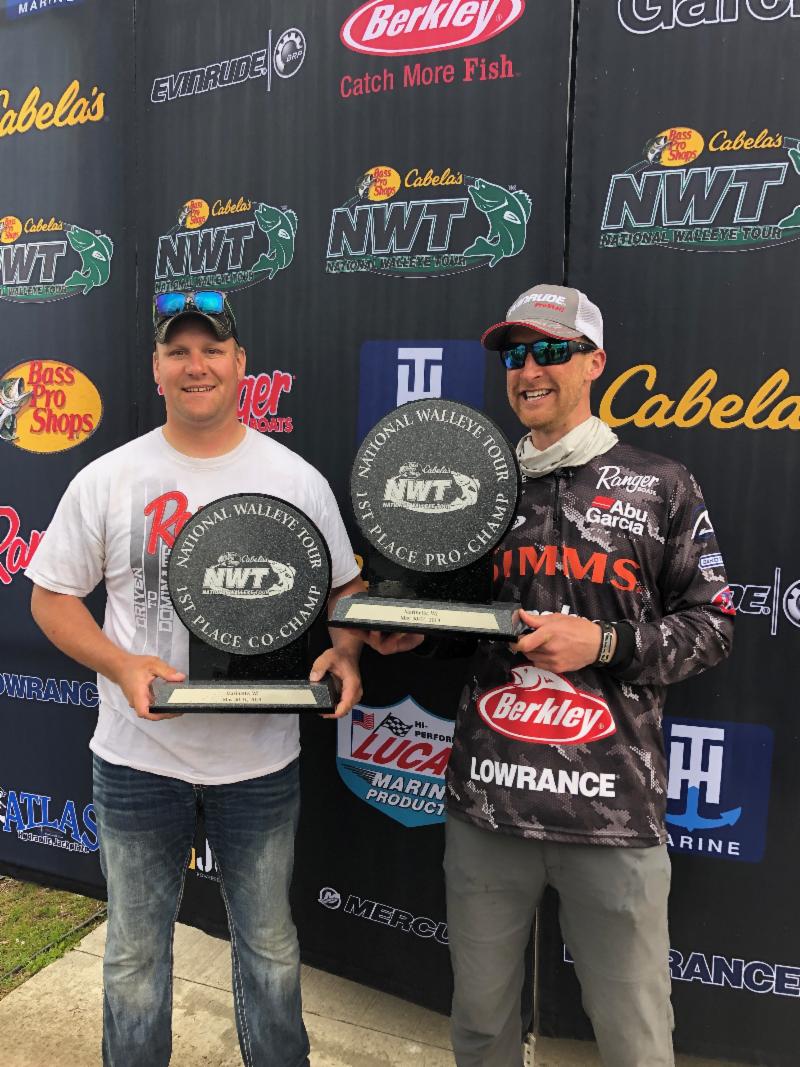 NEW SMYRNA BEACH, Fla. (June 3, 2019) – John Hoyer, of Orono, Minnesota, weighed a combined total of 80.33 pounds to win the National Walleye Tour Presented by Cabela’s and Bass Pro Shops event at Marinette, Wisconsin, May 31. The angler won an upgraded fully rigged Ranger 620FS boat and trailer package for being Ranger Cup qualified with a 250-horsepower Evinrude outboard, $15,000 in prize money and $2,926 in Anglers Advantage cash for a total of $86,921 in winnings.

John Hoyer labels himself a multi-species angler. For more than a decade, he’s been diligently working as a guide that puts clients on walleyes, bass, musky, and panfish all over the great state of Minnesota. Four years ago, Hoyer decided to step up to the pro ranks of the National Walleye Tour after two successful seasons as a co-angler. His No. 1 goal in fishing was to win a National Walleye Tour event. Today, he fulfilled that goal in dramatic fashion.

Hoyer weighed more than 40 pounds on day one, despite only catching five fish. On the final day, he was done by 11:30 a.m. The pivotal moment occurred at 11:00, when Hoyer stuck a 10 1/2-pound brute. Fifteen minutes later his co-angler put an 8.8 in the livewell, which essentially replaced a 5-pounder. The end result was an amazingly consistent 38.96-pound sack.

“We were fishing warm-water slicks along rock-to-sand transitions,” said Hoyer. “That was the key. Our entire team fished more secondary stuff. We were targeting fish that no one else was casting to.”

Hoyer would run anywhere from 35 to 40 miles north of Marinette along the west shoreline. These long stretches of rock-to-sand transition were located in 8 to 12 feet. He triggered bites with both lipless crankbaits and with a new paddletail swimbait from Berkley.

“Trolling is boring,” said Hoyer. “I threw the 3.3-inch Berkley PowerBait Power Swimmer on a 1/2-ounce jig and a DH custom-painted lipless crankbait (in purple gold tiger). I replaced the stock hooks with Berkley Fusion 19 hooks, and that is why I went 11 for 12 on bites. I used a 7-foot, 3-inch medium-fast Thorne Bros. custom rod. It’s literally the most sensitive rod money can buy.”

Hoyer fished these baits on 10-pound Berkley Fireline Ultra 8 Carrier with a 12-pound Berkley Trilene 100 percent Fluorocarbon leader. The leader was tied to a snap, which Hoyer believed contributed to a more erratic fall.

“I learned about the Swimmer at the Sturgeon Bay Open,” said Hoyer. “It’s a goby-pattern bait. I would real it slow enough where it’s just making contact with the bottom.”

Dillon Robinson, of Walnut Grove, Minnesota, took home top honors in the co-angler Division with a total weight of 74.25 pounds. On day one, Robinson fished with Gilman, a fellow Minnesota angler, and the two caught a limit worth 37.49. The final day he fished with Okada, and together they weighed four walleyes for 36.76. Robinson earned $7,217 for his win.

The next stop for the NWT is set for July 25-26 at Sault Ste Maria, Michigan.