Humminbird® and Minn Kota® will air the second installment of the One-Boat Challenge four-part web series on Thursday, March 26. The competition heats up as the episode begins with a race to see who can catch the first fish using only Spot-Lock™ and their Minn Kota Ultrex™ trolling motor to get around the lake. Tune in as one team gains immunity for the day and meets a surprise guest back at Angler’s Inn to help with their odds. Meanwhile the other three teams must compete to see who can catch the three biggest fish and determine the first team to be sent home in a tense weigh-in ceremony. 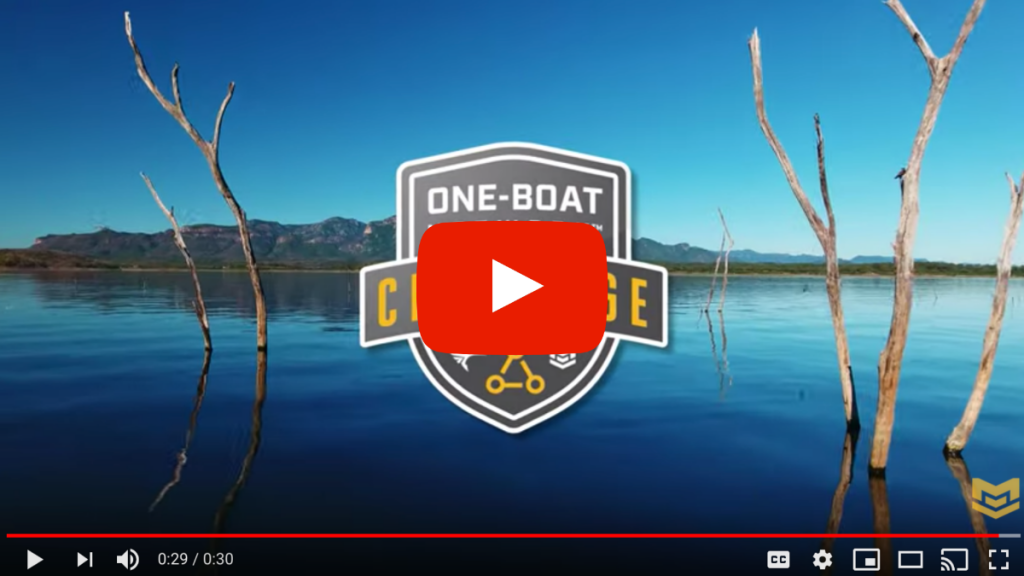 Last week, the eight strangers were brought together at Lake El Salto, Mexico for the ultimate fishing competition. The contestants learned that they will be competing in teams of two using One-Boat Network™ technologies to compete in challenges. The team who survives all the challenges and avoids elimination will win $10,000 for their fishing charity of choice. For the entirety of the competition, anglers must rely on Humminbird SOLIX® units, MEGA 360 Imaging®, Talon shallow water anchors and a Minn Kota Ultrex™ trolling motor to help them locate and catch bass in the world’s most exciting largemouth fishery, Lake El Salto.

Contestants and their charity of choice include:

The first episode was released on March 19 and can be viewed here. The episodes will be released on OneBoatChallenge.com and Minn Kota’s YouTube channel. There will be four episodes total highlighting the ups and downs of the competition as well as key features and benefits of the One-Boat Network, which will be released on the following Thursdays.

Tune in on Thursday, March 26 to find out which team gets sent home and follow along with the series by tracking #ONEBOATCHALLENGE. The episodes can be viewed at www.OneBoatChallenge.com.