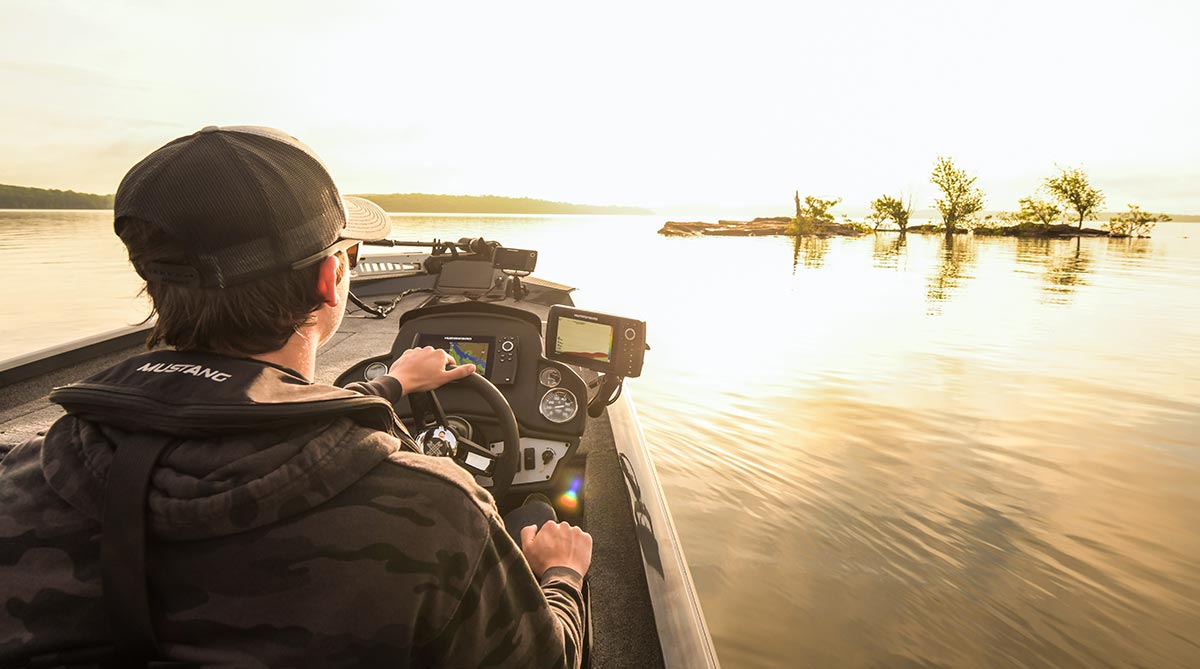 Humminbird® is equipping anglers with new generations of the acclaimed HELIX® 5 and HELIX 7 Series with the introductions of HELIX 5 G3, HELIX 7 G4 and HELIX 7 G4N models. The upgrades to the new HELIX models will provide anglers access to the latest sonar and navigation technologies at the heart of Humminbird’s intuitive, easy-to-use fish finders.

The new Humminbird HELIX 7 G4 models are designed to find fish faster with a crystal-clear view of unmatched sonar and chart technologies. Starting with an upgraded 7” HD display (1024H x 600V), new and experienced anglers alike will appreciate the increased resolution that provides easy to read sonar views of fish and structure.

The soft-key operation of the HELIX 7 G4 Series makes it simple to use and easy to access desired chart and sonar views. The HELIX 7 G4 line offer best-in-class sonar, with options featuring MEGA Side Imaging® and MEGA Down Imaging®models, both of which also include Dual Spectrum CHIRP 2D sonar. A new addition to the lineup is the HELIX 7 CHIRP SI GPS G4 model (non-MEGA) that provides standard definition Side Imaging, Down Imaging and Dual Spectrum CHIRP sonar views. This new model provides a ton of features and provides anglers the chance to trade up and experience the benefit of Side Imaging sonar.

Included on the HELIX 7 G4 units are built-in GPS and Humminbird Basemap which provides basic depth contours and navigational aids for all continental U.S. coastal waters and over 10,000+ U.S. lakes and rivers. Additionally, all models include AutoChart Live®, a real-time mapping technology that gives anglers the ability to make their own 1-foot contour maps in real time. For even more detailed mapping coverage, all models include a single microSD card slot, allowing compatibility with premium chart options from Humminbird LakeMaster® and CoastMaster®, as well as Navionics®. 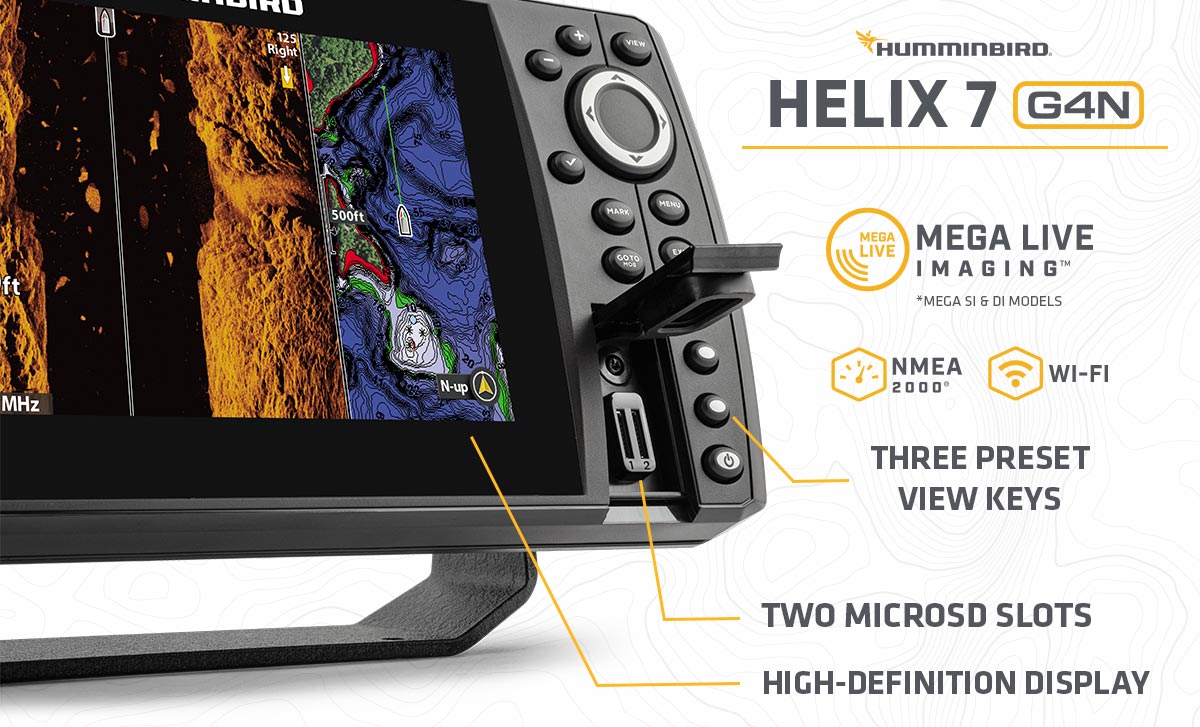 Anglers looking for more fishing features, the new HELIX 7 G4N Series is ready to meet their needs. Similar to the G4 models, these models boast a new, higher resolution 7” HD display, with all of the sonar and navigation features found on G4 model, with the addition of upgraded dual microSD card slots that support all Humminbird compatible chart options.

Looking at the new G4N models, anglers will notice a redesigned front housing that features three preset view keys to allow quick access to favorite sonar and chart screens, a familiar experience to that found on the larger HELIX G4N models.  An additional upgrade to the new HELIX 7 G4N models is compatibility with MEGA Live Imaging™ for models with MEGA Side Imaging or MEGA Down Imaging. When paired with the advanced sonar accessory, users will see fish with the detail and clarity of MEGA Imaging in real time.

The move up to the HELIX 7 G4N Series also delivers several networking and compatibility features that are sure to catch attention. All of these models are networking compatible, providing Ethernet networking and Bluetooth® support, which allow connection to the One-Boat Network™ family of products from Humminbird and Minn Kota.

The new HELIX 5 G3 offers upgraded features for anglers who are looking for a feature-packed fish finder for their boat or watercraft that requires a smaller package, without sacrificing performance or ease of use. The HELIX 5 lineup offers a 5-inch display with soft-key operation and an intuitive menu system for quick and simple operation. 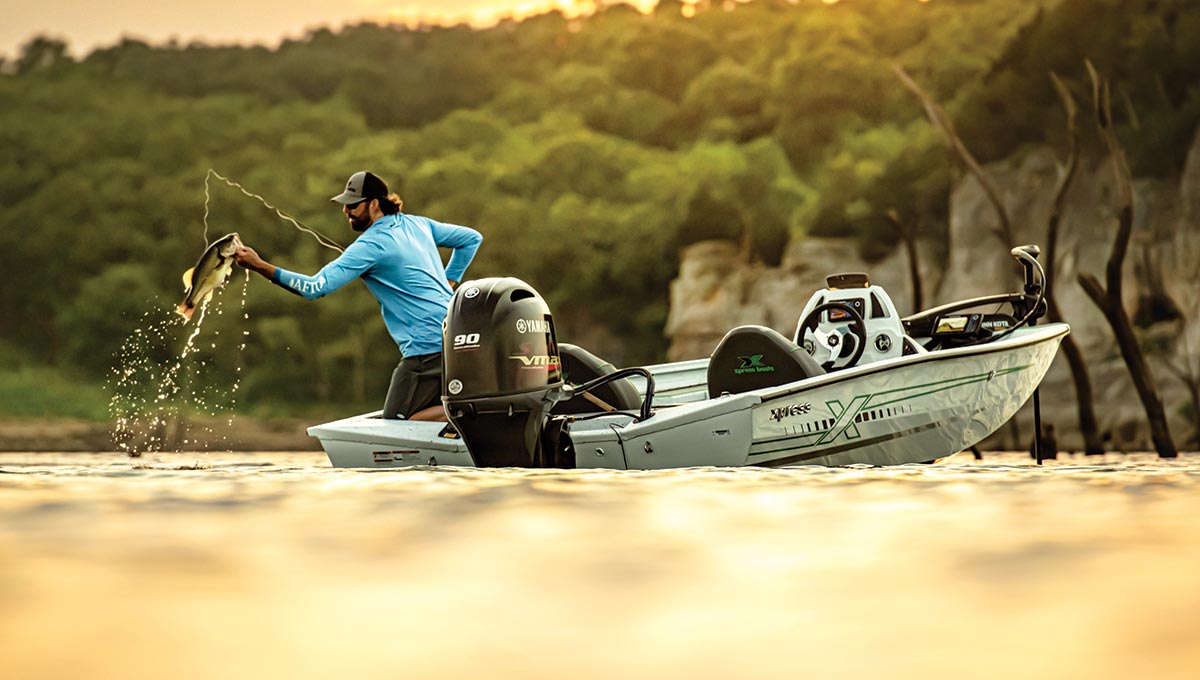 For more information on the Humminbird HELIX lineup, go to https://www.humminbird.com.