It Ain’t Over ‘Til It Is: Nittis Not Only Take Minnesota Championship, But Also Yamaha Team Of The Year

HomeIt Ain’t Over ‘Til It Is: Nittis Not Only Take Minnesota Championship, But Also Yamaha Team Of The Year
NPAA
NPAA Tournament Partner News 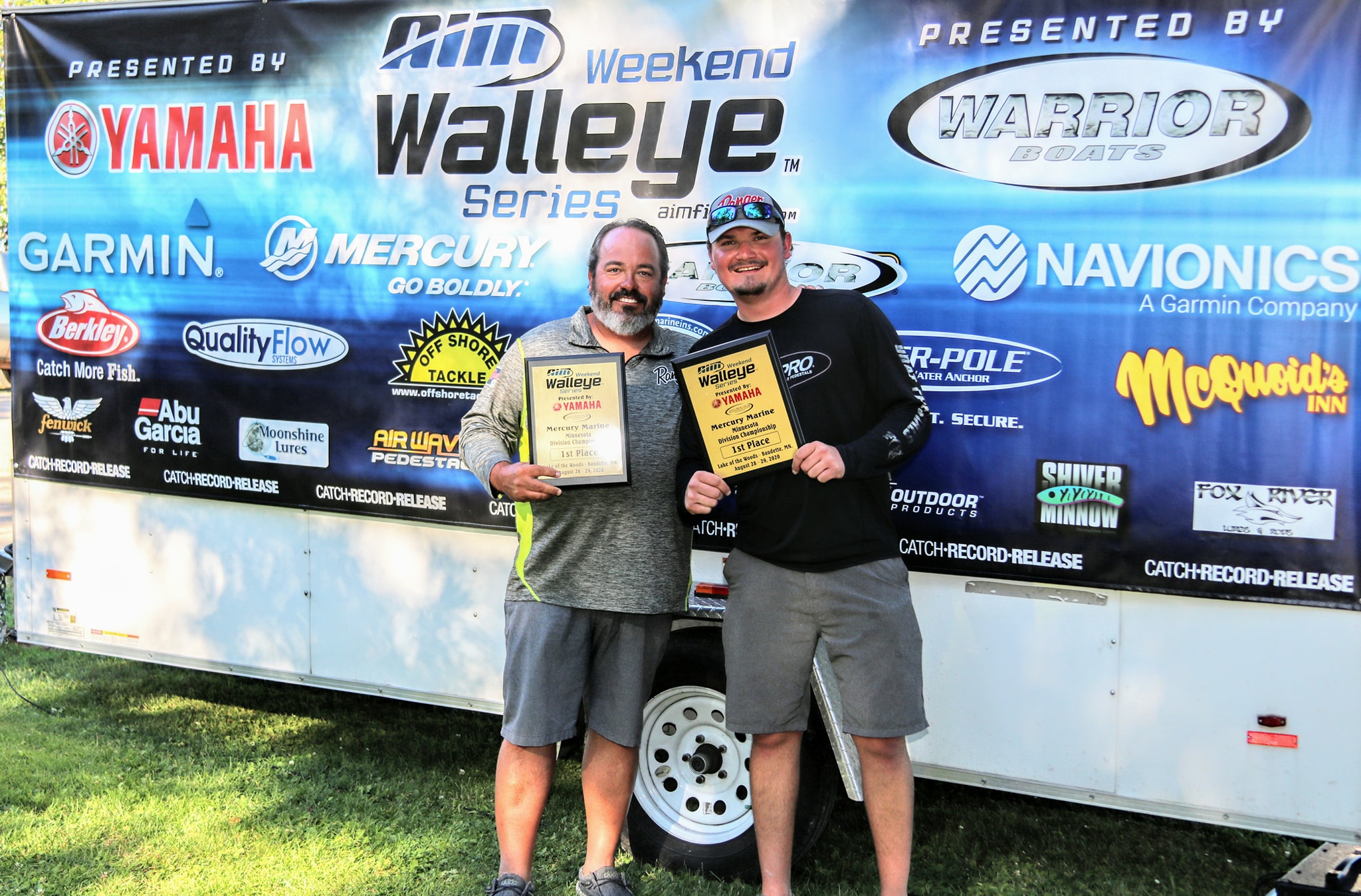 It was about as big a two-day tournament for Anthony Nitti and nephew Hunter Nitti, as it gets: Win the AIM Weekend Walleye Series/Mercury Marine Minnesota State Championship from Baudette, almost breaking the century mark, and going home with more than $10,000 in winnings, then getting  the news that they also took the AIM/Yamaha Motor Corp. Team Of The Year (TOY) points battle on the final day of the championship, also earning them a Yamaha 9.9 kicker worth another $4,000.

“Winning Team Of The Year takes the ability to perform on the water consistently, the patience to stand strong and figure out a way if, or when, something goes wrong, and perhaps most of all, the ability to adapt to those constant changes that you always encounter on the water,” said Denny Fox, AIM national tournament director. “The Nittis (Hunter’s from Rosemount, and Tony is from Blaine) passed all those tests this season, having a plan and sticking to it, regardless of what nature and the other elements threw at them. Congrats, guys.”

Hunter recounted the season that led them to their dual first place finish: Winning the AIM Minnesota State Championship this past Friday and Saturday, Aug. 28-29, and clinching Team Of The Year, and that great 9.9 Yamaha. It proves that with AIM’s points system, you don’t have to win every tournament to win TOY.

“At Mille Lacs, we finished 10th. Then on to Leech Lake with the first tournament (of a two-day, two tournament event), was pretty tough (he and an alternate partner finished 48th). The second day, we ended up taking fifth. And we went to Winnie (Winnibigoshish at Bena, MN), and we took third,” Hunter continued.

“We fish other circuits too, and AIM’s points structure is different,” Hunter’s uncle, Tony Nitti, added. “This is our first full year in AIM. My brother’s fished a couple of AIM tournaments in the past. It took us a little while to understand that Team Of The Year is based on a percentage of the top weight.”

“We knew going into Lake Winnie, that it’s one of our favorite lakes. It’s the lake we grew up on and we had a lot of experience there. We knew we needed to stay close to make up points, and we did. But the guys in front of us did pretty well too,” Tony added.

“We also knew going into Lake of the Woods, it was going to take a big bag to take Team Of The Year. We had to make up 26 points. Put up good weights and stay close to the top. As long as we were within 90 percent of the top boat, we had a chance,” Tony said.

Turns out, they WERE the top boat on LOW, winning by about two pounds.

“Once we were out fishing and put the first day in, I felt really good about it. We made up about 20 points of the 26. I said to Hunter, if we can go out and beat those guys, we had a chance. My goal was to beat’em by five-plus pounds and when we put Number Four fish in the boat with a half-hour to go (a 28-3/4-inch snaggle-toothed beauty) I really felt confident that we had Team Of The Year wrapped up, but it’s never a given. These guys are all great fishermen. But because it was rough in the morning, I saw a lot more boats running and scrambling.”

And remember that ability to adapt? They did it on a lure Hunter had spray-painted to resemble a hot one that they lost on a big fish during practice. That’s adaptability. With a little luck, too.

“There is a lot of times that people overthink tournaments. You do really well pre-fishing and come tournament day you put pressure on yourself, and you don’t do as well,” Tony said. There’s another secret or two: Stay with your program, unless you can’t, pay attention to what’s going on, adapt and adopt, and keep calm. Both are fired up about next year’s AIM National Championship Shootout.

With that demonstrated resourcefulness, and an extra can of spray paint, you can bet they’ll be contenders, no matter where it takes place.

With the crowning of the Minnesota Yamaha Team Of The Year, AIM’s 2020 season ends on a high note. What a roller-coaster, beginning with a wild ride at first and ending in calm waters, thanks to great planning and that key again, adaptability, on the part of our teams and AIM.

We’ll have a wrap-up on the season in the coming weeks, and then stay tuned. AIM’s 2021 season locations will be posted at both its website, and Facebook page.

Meantime, for all of you out there in Fan Nation, and our sponsors, thanks for your support. Remember, the soft-water fishing season’s not over, so get out there and enjoy yourselves. Use the tips you’ve learned throughout the summer to catch your own personal bests this fall.

Follow us throughout the winter with our Tales of the Tape interviews. They’ll have even more ideas you can use when the ice breaks, the spring sun melts the last snow drifts, those warming breezes hinting of another summer send the last browned oak leaves to the ground, and it’s time again to visit the garage to check your boat’s tackle and make sure everything’s ready, as you dream of netting those huge gold beauties, and even a few smaller ones to take home. We’ll be ready too! See you there!

Details on all AIM tournaments and how you, Mr. and Ms. Weekend Angler, can ride that wave of the future in 2021, are at the AIM website, and the Facebook page. Join in the fun!