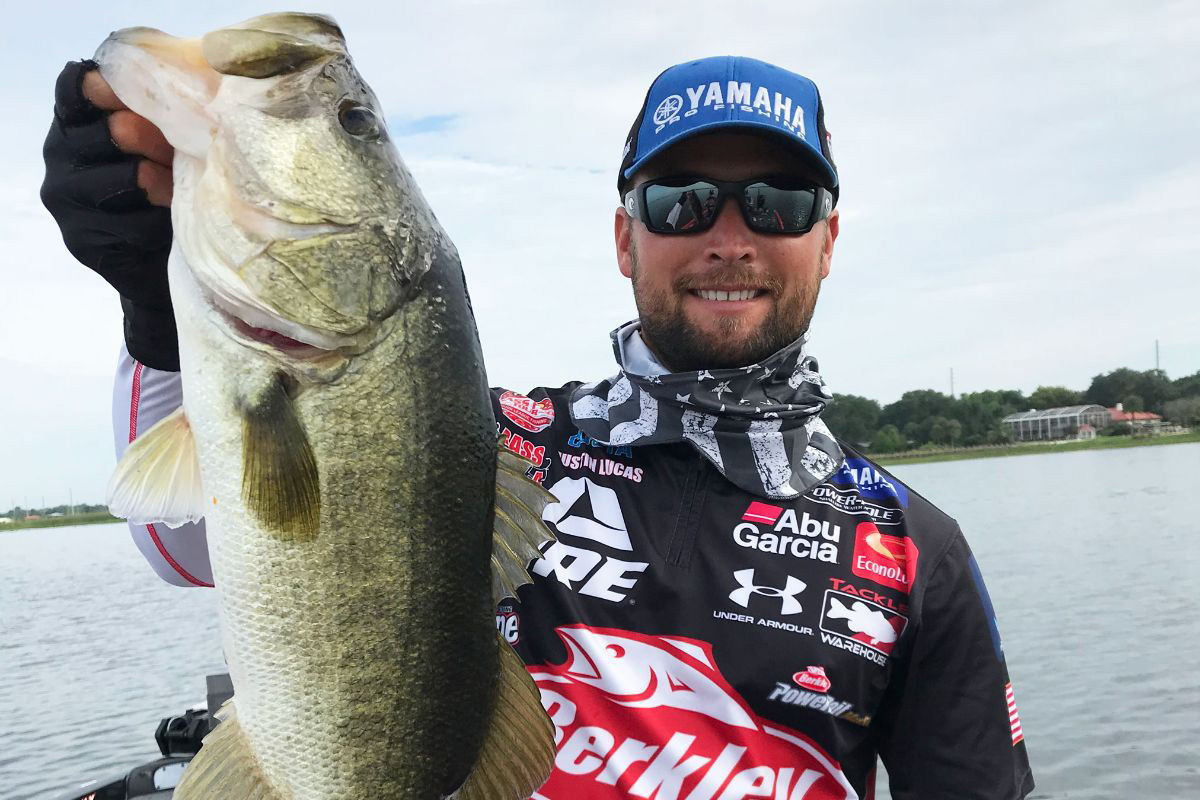 Pretty much anyone who’s ever wet a line has, upon the completion of an unsuccessful day on the water, been regaled with a story about how good the fishing was at some point in the recent past. But if there’s a place an angler should have been last week, it was at Sturgeon Bay, Wisconsin, where Berkley®pro Justin Lucas carved his name into the MLF record books by boating more than 300 pounds of smallmouth bass over the course of three fishing days thanks to Berkley’s leadership in science and research.

Berkley PowerBait® MaxScent Flat Worms were smallmouth kryptonite on Sturgeon Bay last week, where Lucas took a finesse approach, riding his dropshot rig to a convincing win and a $65,000 pay day in the season-finale. Lucas set new MLF records for single-day weight (141 pounds, 9 ounces), two-day weight (205 pounds, 6 ounces) and Championship Round weight (110 pounds, 5 ounces). He also won his qualifying group by 45 pounds on his way to picking up his first professional tour win since a B.A.S.S. Elite Series victory in 2016.

And he had plenty of friends joining him at the top of the standings thanks to MaxScent. A quarter of the 40-angler field that progressed to the Knockout Round at Sturgeon Bay were Berkley pros — all relying on PowerBait MaxScent. Four Berkley pros finished in the Top 10 and Berkley pros accounted for 50 percent of the Top-14 finishers.

“MaxScent is a dominating bait,” Lucas said. “I’ve fished side-by-side with other anglers in other tournaments — so close to each other that our boats are rubbing — and I’ve watched as the other guys literally take their hat off and scratch their head as they try to figure out why I’m catching everything and they aren’t catching a thing.”

This isn’t Lucas’s first brush with success using PowerBait MaxScent: two years ago, he and fellow Berkley pro Josh Bertrand finished first and second on the St. Lawrence River catching smallmouth on MaxScent. Later in the same season, Lucas finished in the Top 10 on Lake Oahe in South Dakota with MaxScent.

“That’s when I knew we could dominate with it,” Lucas said. “When this (Sturgeon Bay) event was announced I was so fired up to be going there. I knew I would catch them on a dropshot with MaxScent.”

Born in the Berkley Test Labs in Spirit Lake, Iowa, the same lab that produced original PowerBait and Gulp!®, PowerBait MaxScent made its way into the bass fishing world in 2016. Berkley scientists spent countless hours to develop a bait that disperses scent as well or better than Gulp! while still being as flexible and durable as PowerBait. The result is a bait that doesn’t dry out quickly, has plenty of fish-attracting action and a flavor that fish bite and won’t let go — just ask the smallmouth in Sturgeon Bay.

“The science is there. It’s not luck when you have that many guys in the Top 10 all fishing the same bait,” Lucas said. “The new colors are also great colors for bass fishing. There’s not a better dropshot bait out there.”

The MaxScent Flat Worm offers a slender baitfish profile and is the most effective dropshot bait on the market thanks to its unparalleled action, which quivers with even the smallest movements. The ribs of the bait provide the additional surface area needed to hold the maximum dosage of PowerBait MaxScent scent and flavor while the unique material used to make the bait releases a super-charged scent field to attract fish in ways not seen with other baits.

“I can’t even begin to tell you how proud we are to have something like (the Sturgeon Bay tournament) blow up. We spent a lot of time and effort looking into what fish like the smell, look feel of and the taste of — we study all the senses,” said Berkley’s Mark Sexton, who leads the company’s Fish Science and Product Testing Team. “Smallmouth are very scent oriented and even though the water is gin clear, you get down in some of that deeper water and they can’t see well down there. It’s the scent drawing the fish in.”

PowerBait MaxScent Flat Worms, while brutally effective on smallmouth, aren’t just for brown bass. The MaxScent line, which includes 14 different shapes in a wide variety of sizes and colors, continues to produce for largemouth anglers, as well. Even walleye and inshore saltwater anglers are in on the secret.

Sexton went on to say, “When we developed MaxScent, we keyed on largemouth (during the development of the bait) as a majority of our anglers are targeting largemouth. But we were ecstatic to see how much smallmouth love the taste of this stuff. And we can prove that it catches more fish than any competitive bait we’ve ever tried.”