On Tuesday, June 4th, Learn 2 Fish With Us and it’s volunteers educated Oaklawn Elementary fourth graders to the sport of fishing.  The fishing clinic was held at Menominee Park in Oshkosh, Wisconsin.  The day started out by Learn 2 Fish With Us Angler Educator and NPAA member #138, Captain Greg Karch presented a shortened version of his Fishing Basics seminar which educated attendee’s on the skills and equipment needed to begin fishing.  After the seminar the fourth graders were split into three groups  which rotated through three fishing educational stations which consisted of the following.  Station one was fish identification, here the fourth graders learned how to identify the different fish along with where they can be found and best bait to use.  Stations two, they learned how to cast accurately.  The final station, they learned how to tie a Clinch and Palomar knot.  After completing all the fishing educational stations it was time for the four graders to go fishing and they caught perch, bluegill, bullhead and largemouth bass!!  You should have seen all the smiles. 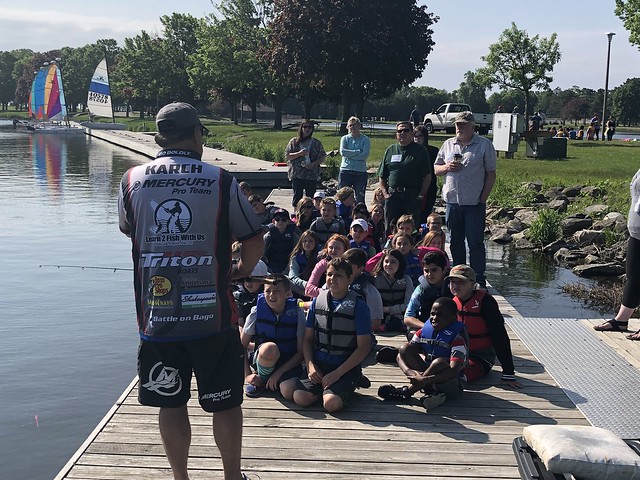