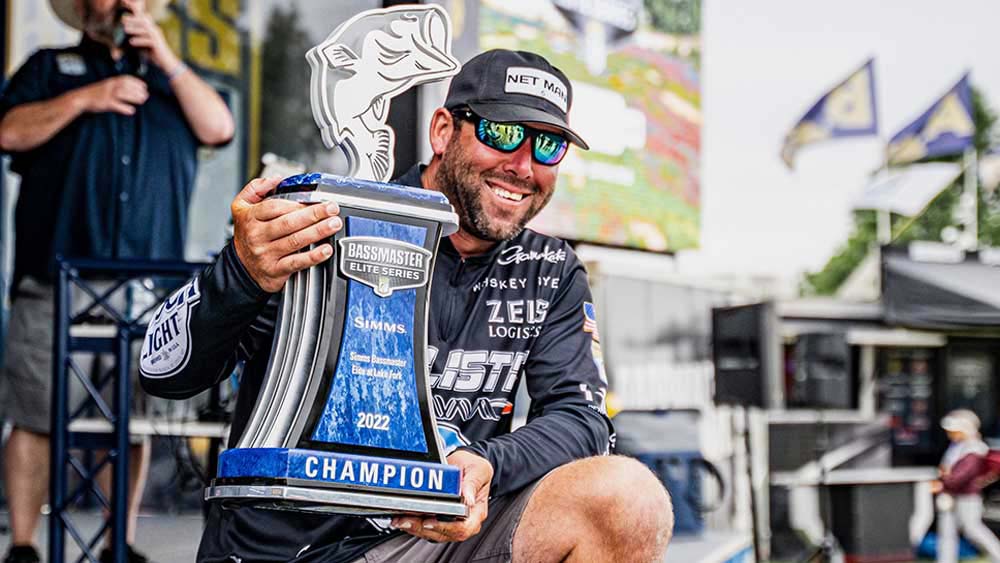 When the Bassmaster Elite Series visits the famous Lake Fork in East Texas – special things happen. With the amount of big bass and non-stop fishing pressure, it is very difficult to be consistently successful over four days on this famous body of water. But not for the King of Lake Fork. Livesay remains seated on his Texas-sized throne after taking first place for the second year in a row on his home pond.

“Being able to win at home again, go back-to-back, and slap another Century Belt title to my name is unbelievable. While it may be home for me, it definitely adds a lot of stress and anticipation to the week because your family, friends and sponsors are there,” Lee stated. “You can’t forget about the whole local community pushing for you and the last thing you want to do is let them down. This win meant a lot for me and my family but also for everyone in the community that supports me.” mentioned Livesay.

Catching over 100 pounds of bass in four days is an incredible achievement, but doing it two years in a row against an extremely-talented Bassmaster Elite Series field is legendary. A true credit to the time and effort Livesay has spent learning the bass of Lake Fork. 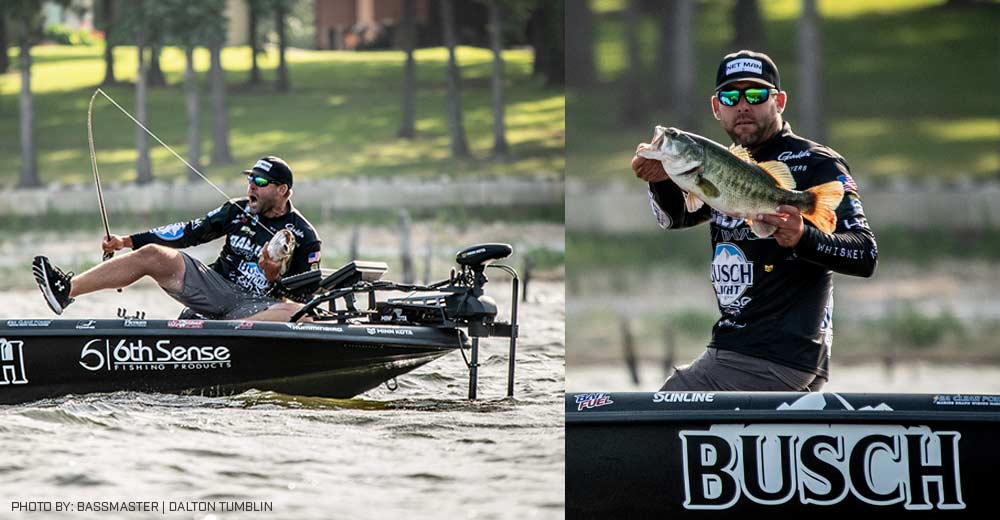 Whether he was cranking, dragging a jig, big worm or swimming a hair jig, Livesay made precise casts to specific targets by using his Humminbird MEGA 360 Imaging®. Lee could see the shell bars and timber lanes all around his boat and placed his cast so he could get his bait through the cover and in front of the bass he was targeting.

“My Humminbird MEGA 360 was clutch this past week, especially with how bad the wind was. I would position myself above the fish to cast back at them behind the boat and would hit Spot-Lock™ on my Minn Kota Ultrex® trolling motor to keep me in place. Then I would set my MEGA 360 to focus on everything behind the boat and I could make efficient, pinpoint casts to those fish behind me.” explained Livesay.

Filling Up the Trophy Case

In the past three seasons, Livesay has now won four Bassmaster titles. Three being on the Bassmaster Elite Series with his first blue trophy from Lake Chickamauga, two being on his home pond of Lake Fork, and his fourth title being a Bassmaster Central Open on Ross Barnett just a few weeks ago. You could say Livesay has had the hot hand the past few seasons and is becoming deadlier each season at closing out a tournament.

“You know, you think you’re hungry for a win until you win one. Then you want to win and never stop winning, once you taste blood, your hunger for it only grows. I have been very blessed the past few seasons with success in closing out tournaments and it has done a lot for my confidence. After winning the Bassmaster Central Open on Ross Barnett and punching my Bassmaster Classic ticket for 2023, and winning this event on Lake Fork, I am feeling pretty dangerous for the rest of this season.” added Livesay.

For these anglers, winning a blue trophy is something that they will remember for as long as they live, but winning in your hometown is something every angler dreams of one day accomplishing. For Livesay, he has now been able to do so twice, and you can’t help but think there is a good chance it could happen again if the Bassmaster Elite Series returns to Lake Fork.

Joining Livesay and Palaniuk in the top ten were Joshua Stracner and Bill Lowen, finishing in 7th and 8th place respectively.