Light Up the Ice with the New Lure Lock LED Box 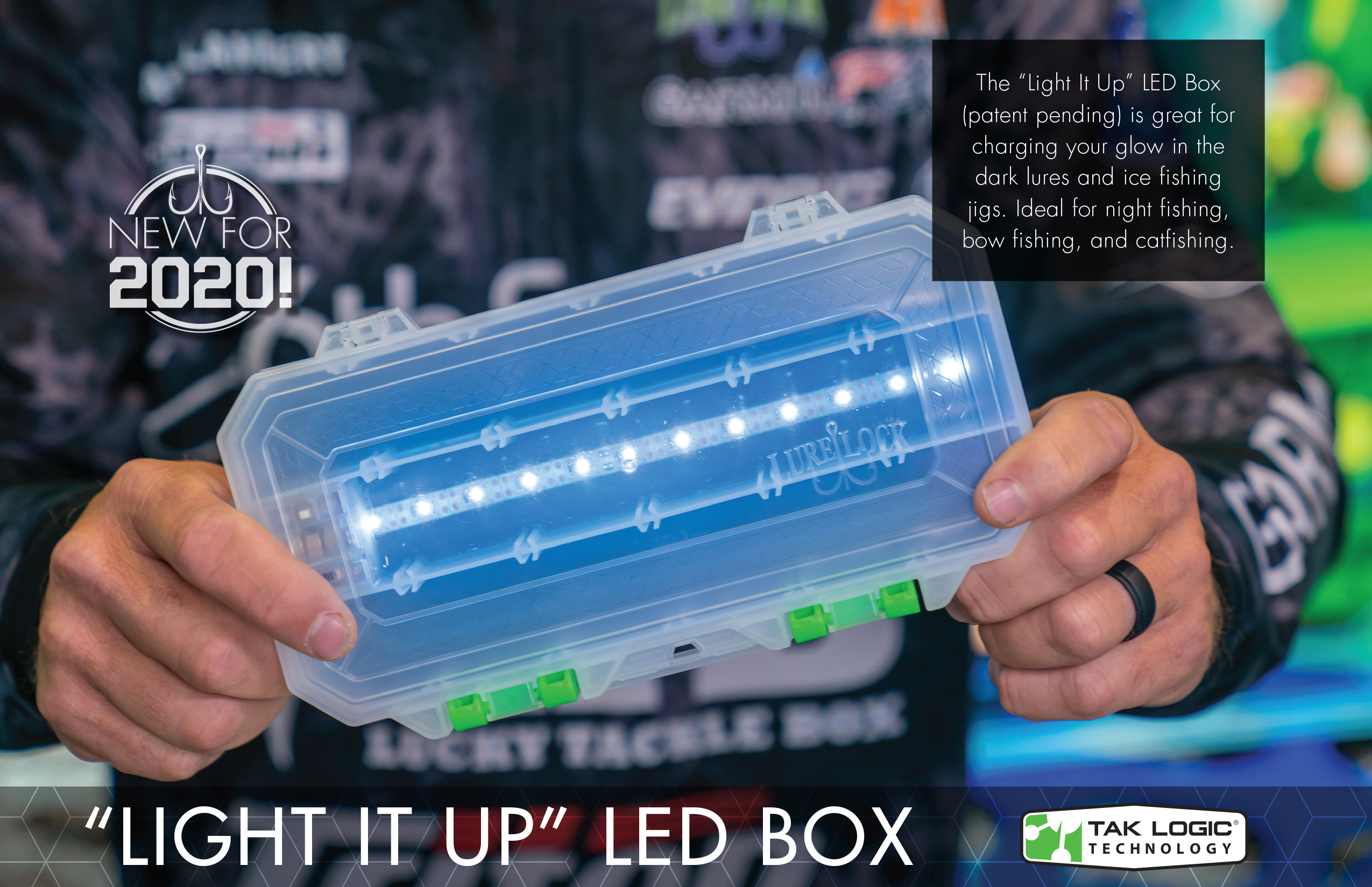 For those nighttime fishing excursions or when you are rigging up early in the morning for a day on the water, the new Lure Lock LED Box is designed to help you easily see those small tackle items in the dark.

In addition, for anglers that use glow-in-the dark lures, the LED lights will charge the paint on them so they’ll be ready to entice finicky fish into biting.  The Lure Lock LED Box has a light strip down the center of the box that is safely placed underneath the Tak Logic Technology, protecting it from the elements.

The three-way switch allows it to be in three modes: on, off and auto – allowing it to turn on automatically when the lid of the box is opened.  The LED Box is powered by three batteries which are included and easy to replace and has an MSRP of $21.99.