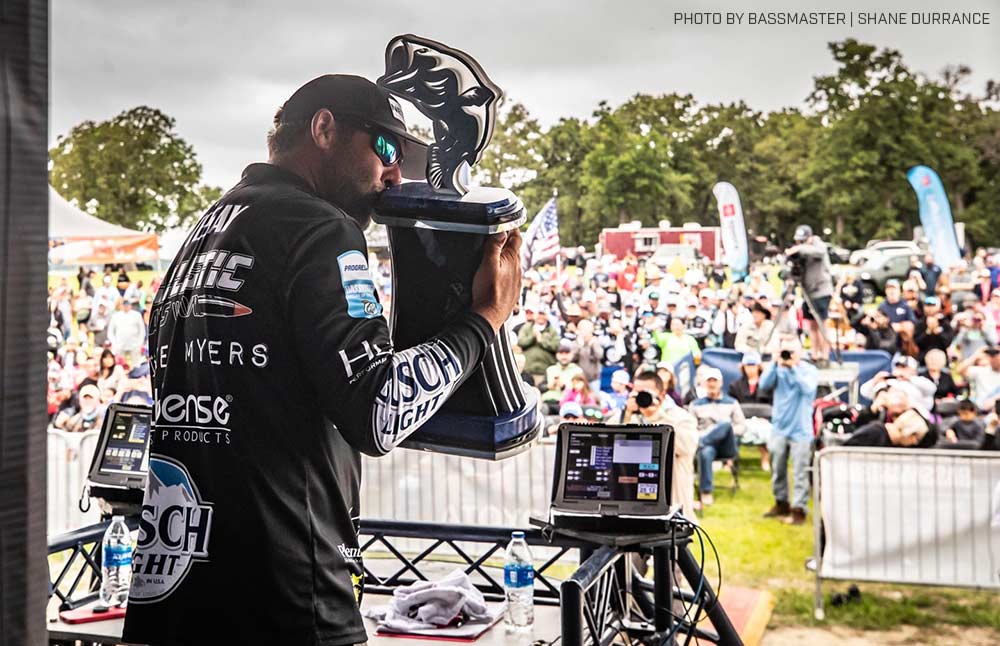 The giant largemouth bass of Lake Fork can be stingy fish to locate, target, and catch due to their age and the amount of pressure the lake receives. But, with the clarity and efficiency of Humminbird MEGA 360 imaging®, it gave 6 out of the top 10 anglers in the Bassmaster Elite Series event the upper hand in tricking those giant Texas bass.

Taking home the crown with over 113 pounds of Texas largemouth was Humminbird® and Minn Kota® Pro Lee Livesay. Battling the wind and targeting specific hard spots, timber, and sweet spots with precise casts was key in Livesay earning his third Bassmaster Elite Series title in the past two seasons.

“Humminbird MEGA 360 and Spot-Lock™ were clutch for me this past week on Lake Fork. Dealing with the high winds the first couple days, I would position my boat up-wind of the fish I had found on MEGA Side and Down Imaging.” said Livesay. 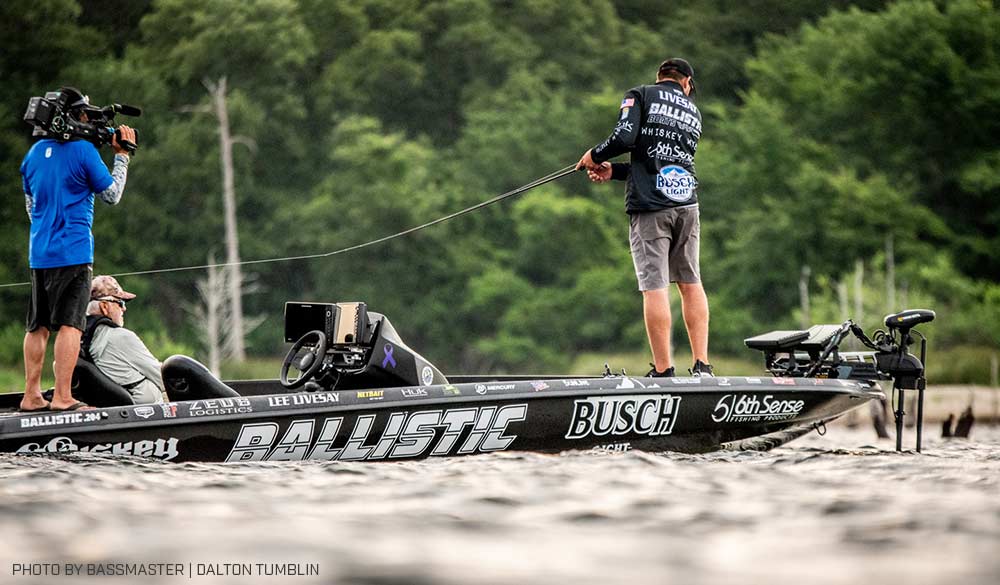 “I would hit Spot-Lock on my Minn Kota Ultrex® trolling motor and make long casts with the wind off the back of the boat. This allowed me to bomb my crankbait, hair jig, Texas-rigged worm, and jigs to the fish. I would set my MEGA 360 to zone in on the cover and fish behind the boat, allowing me to make efficient, pinpoint casts to them.”

“It was important for me to make accurate casts on the shell beds and timber lanes while also being able to time them perfectly because I was able to see the fish moving through the area on MEGA 360.” added Lee. 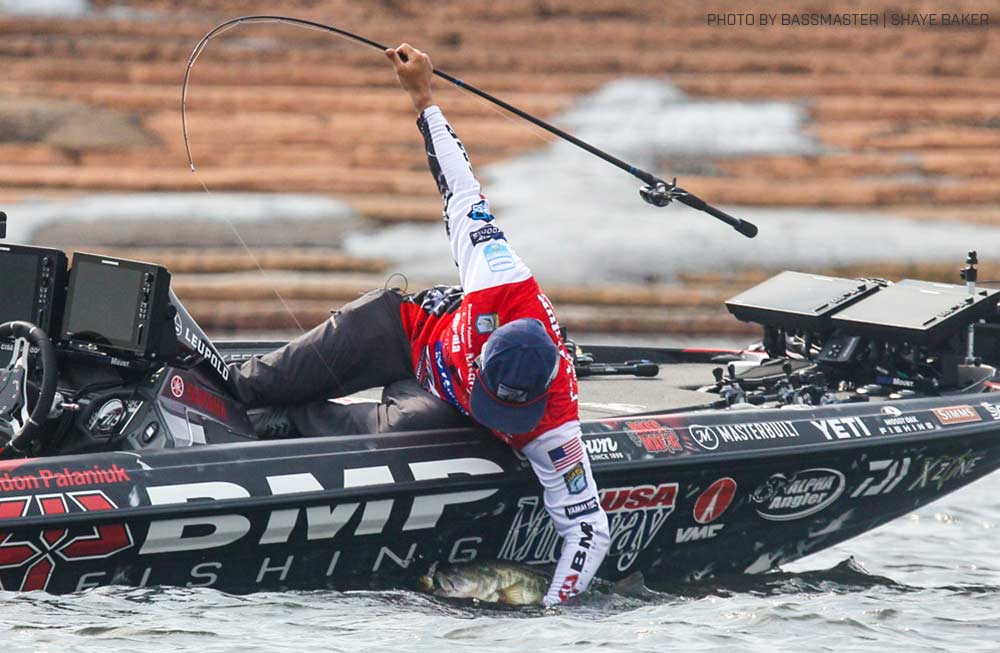 Coming in with a second-place finish was Brandon Palaniuk, who was calling his shots on Bassmaster Live while looking down at his MEGA 360 throughout the four days of tournament competition.

Now leading the Progressive Bassmaster Angler of the Year race, Palaniuk would position himself in his area with his Minn Kota Ultrex trolling motor, hit Spot-Lock, line up his cast using MEGA 360, and make hyper-precise casts. This system of efficiency earned him his second-place finish and his first century belt of his career with 102lbs and 2oz.

“MEGA 360 played a major role at Lake Fork, allowing me to identify the subtle pieces of structure that were the “sweet spots” where fish would group up. Having a thorough understanding of those areas was absolutely key because the fish were constantly moving and it allowed me to be efficient and time my casts perfectly.” said Palaniuk.

Like the first and second place finishers, Humminbird and Minn Kota Pros Josh Stracner and Bill Lowen, who finished 7th and 8th place respectively, also relied heavily on the same tools for their top 10 finishes. But they were hardly alone. MEGA 360 played a crucial role for other anglers throughout the top ten who earned their spot to fish on championship Sunday. 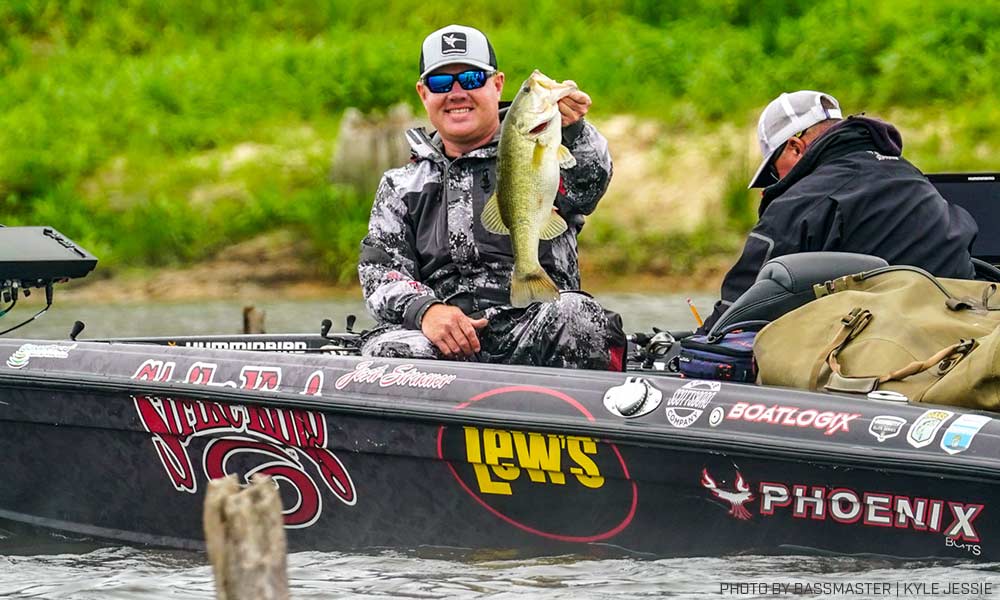 “With how much pressure Lake Fork gets, these fish are constantly on the move. A lot of times it’s more efficient just to put the trolling motor down and find them versus trying to idle through the timber. While my Humminbird MEGA Live ImagingTM is a wicked tool, I could relocate my school of fish much faster by getting on my Ultrex and finding the school using MEGA 360.” said Josh Stracner.

Bill Lowen had a slightly different approach to Livesay and Palaniuk. Instead of targeting fish in deeper timber (8-14ft), he focused on shallower timber.

“The combination of MEGA 360 and my Minn Kota Raptor® Shallow Water Anchors really helped me fish shallow efficiently this past week during the high winds. I caught most my fish flipping a jig up shallow on isolated stumps. I would put the wind to my back and once I saw an isolated submerged stumps on my 360 Imaging, I would drop my anchors and make a precise flip to that stump. It really made my week and helped me get in the top ten.” added Lowen. 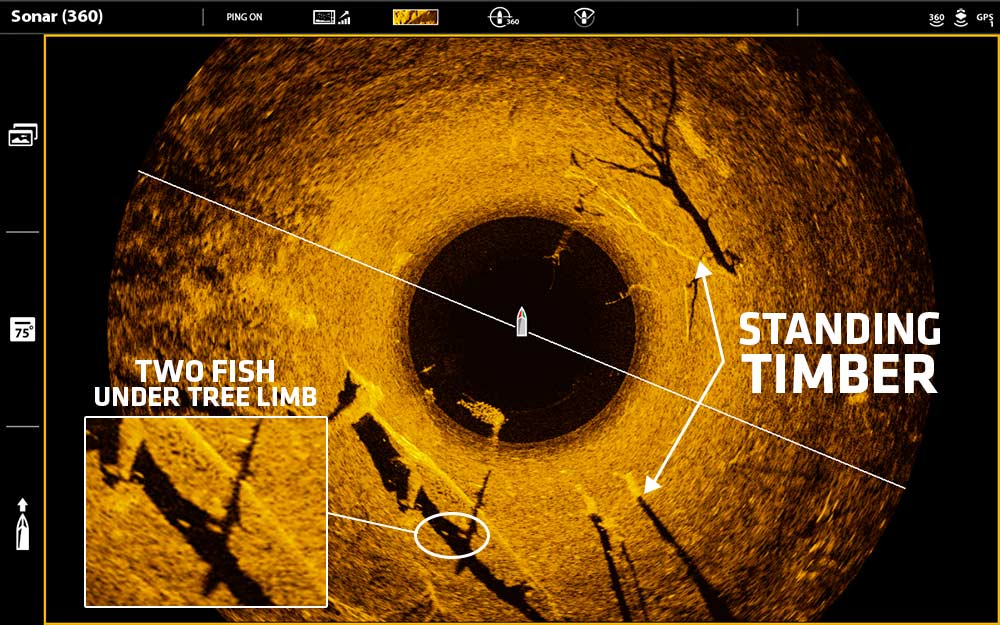 Regardless of weather conditions, MEGA 360 remains consistent in its ability to show anglers a detailed image of what is surrounding their boat, providing a notable advantage for anglers during harsh conditions where it can be difficult to remain steady on their trolling motor while utilizing live forward-facing sonar alone.

“MEGA 360 Imaging continues to prove why so many anglers feel that they have a distinct advantage when they have this product as part of the arsenal on their boat. Unlike other sonar technologies, MEGA 360 gives anglers the ability to see all around their boat in crystal-clear detail, while still allowing full use of the Ultrex trolling motor and Spot-Lock™. When your equipment works together as a cohesive system, like Humminbird MEGA 360 and a Minn Kota Ultrex trolling motor, it makes it easier to find, stay on, and catch more fish.” concluded Humminbird Brand Manager, Matt Cook. 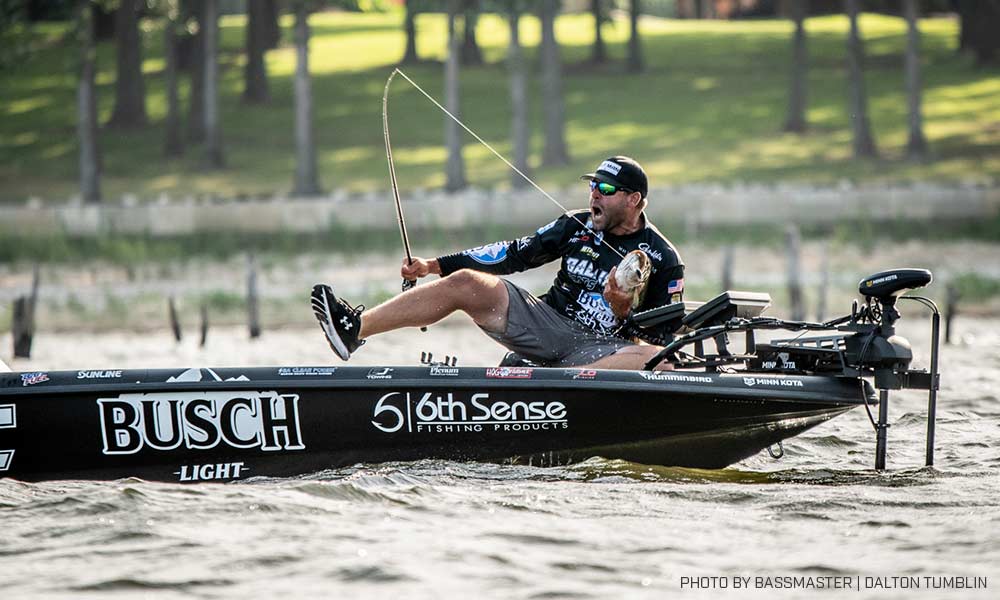 About Humminbird and Minn Kota
JOHNSON OUTDOORS FISHING is comprised of the Humminbird®, Minn Kota® and Cannon® brands. Humminbird is a leading global innovator and manufacturer of marine electronics products including fish finders, multifunction displays, autopilots, ice flashers, and premium cartography products. Minn Kota is the world’s leading manufacturer of electric trolling motors, as well as a complete line of shallow water anchors, battery chargers and marine accessories. Cannon is the leader in controlled-depth fishing and includes a full line of downrigger products and accessories.

JOHNSON OUTDOORS is a leading global outdoor recreation company that inspires more people to experience the awe of the great outdoors with innovative, top-quality products. The company designs, manufactures and markets a portfolio of winning, consumer-preferred brands across four categories: Watercraft, Fishing, Diving and Camping.
Visit Johnson Outdoors at www.johnsonoutdoors.com