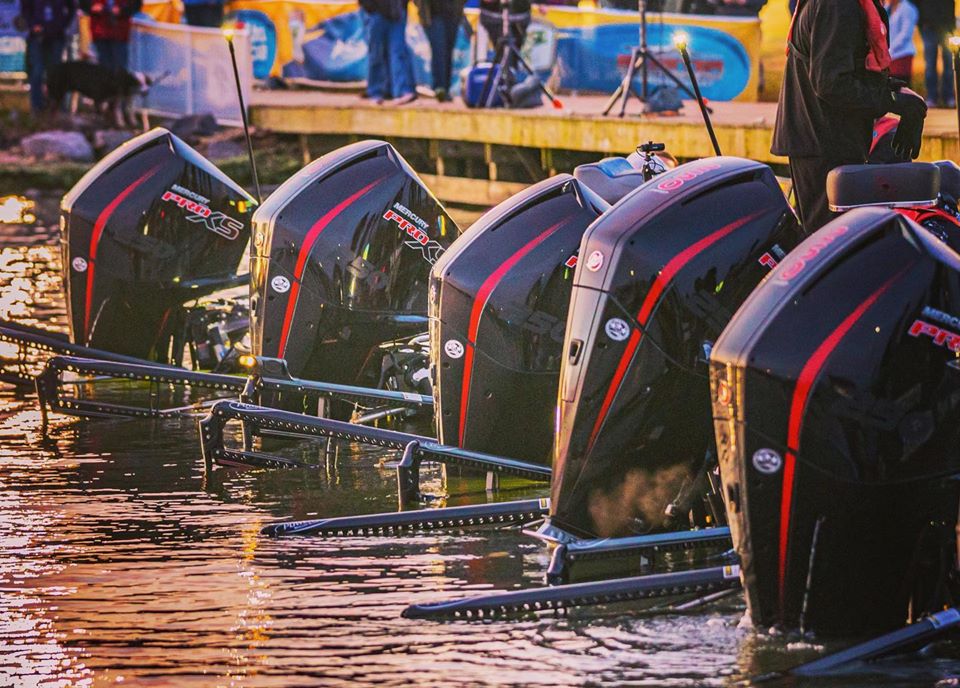 Mercury Marine and MotorGuide, both Brunswick Corporation companies, have reason to celebrate today in the wake of yesterday’s completion of the 50th Bassmaster Classic.

Mercury Marine’s powerful 4.6‑liter V8 250hp Pro XS outboard engine powered the top eight finishers in the Bassmaster Elite Series championship tournament, including the trophy winner, Hank Cherry, who dominated the competition from start to finish. The win is the 11th on a Mercury‑powered boat in the past 14 Bassmaster Classic events. Mercury has powered more champions than all other engine manufacturers combined.

In addition, of the five competitors using the new MotorGuide Tour Pro trolling motor, two of them finished in the top five and another two finished within the top 12.

“We’re pleased to congratulate Mercury Pro Team Angler Hank Cherry on his exceptional win. It’s gratifying to have a member of the Mercury team win so decisively and to have Mercury team members take the top eight spots overall. It’s our ongoing goal to equip anglers with the very best propulsion solutions for the rigors of intense professional competition. Like Hank, the Mercury V8 Pro XS is a world‑class champion,” said Michelle Kilburn, Mercury senior manager of competitive angling programs.

Engineered with the competitive angler in mind, the lightweight Mercury Marine V8 Pro XS outboards in 200, 225, 250 and 300hp calibrations stand out with the best power‑to‑weight ratio in their class. They feature transient spark technology designed to generate superior torque for explosive hole shot and acceleration. They also have Mercury’s high‑performance TorqueMaster gear case, which is optimized for acceleration, top speed and handling.

“The Mercury was flawless. That thing has the power. It throws you back,” said Cherry in a news conference following his win.

While the Mercury Pro XS gets competitors to the honey hole fast, the MotorGuide Tour Pro gives them an advanced solution for creeping in quietly, maneuvering and trolling. Tour Pro is the first true cable‑steer trolling motor with GPS anchor capability.

“MotorGuide has been on the water since 1947 and this year we are resurrecting the Tour product line with the introduction of the new Tour and Tour Pro. We have redesigned these trolling motors from prop to pedal to be the highest‑performing trolling motors on the market,” said Kevin Read, MotorGuide associate director of product marketing. “We’ve been using the slogan, ‘The Tour is Back,’ and now we’re getting the results to prove it.”

In addition to Tour Pro’s strong showing at the Bassmaster Classic, the Tour equipped the overall winner of the Stage 2 competition in the Major League Fishing Bass Pro Tour, which concluded at the beginning of the month.