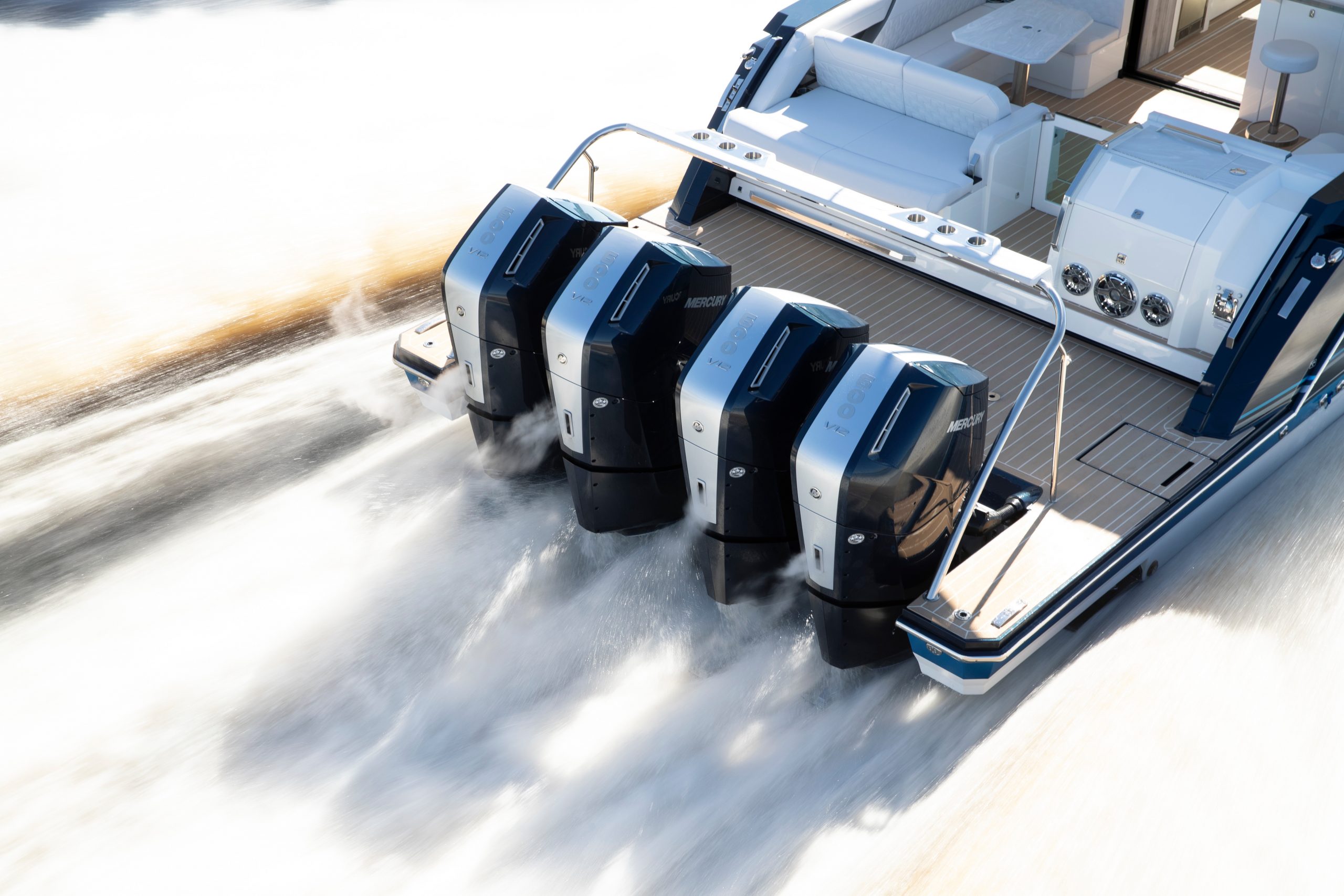 Mercury Marine®, a division of Brunswick Corporation (NYSE: BC), today introduced the new 7.6‑liter V12 600hp Verado® outboard engine. With this launch, Mercury continues to transform the high‑horsepower outboard market, providing its most powerful and capable outboard, which includes several industry‑first features for a wide variety of applications.

“With boats continuing to grow bigger and performance expectations continuing to rise, boaters have been asking for a better, more capable high‑horsepower solution to meet their needs. The V12 Verado outboard is Mercury’s answer,” said Chris Drees, Mercury Marine president. “Using our advanced engineering and design capabilities, we completely redefined outboard performance. The V12 Verado outboard delivers boaters unrivaled freedom, luxury and power to pursue their passions on the water. This is a remarkable engine that will change the future of boating.” 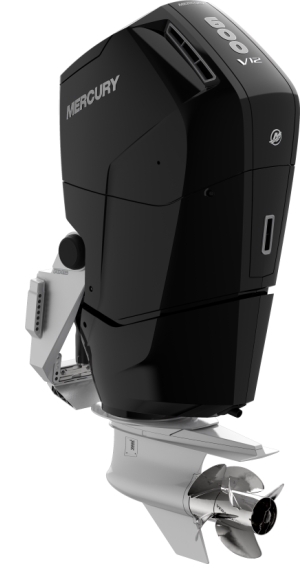 Groundbreaking product innovations include the following:

“The V12 Verado outboard delivers everything boaters want and more in a high-horsepower outboard. This engine makes boats easy to maneuver near the dock and provides superior handling at all speeds. It’s incredibly fuel efficient, so boaters can go farther and stay out longer. It’s so smooth and quiet that you can have a conversation while the engines are running. It’s durable, reliable and easy to maintain. There’s nothing else like the V12 Verado outboard in the marketplace today,” Drees said.

The development of the V12 Verado outboard is a product of Mercury’s continued commitment to investing in R&D and manufacturing expansion, which includes more than $1.5 billion of investment since 2008.

“We’ve dedicated substantial investments and years of effort toward enhancing our ability to turn highly creative ideas into practical, functional and dependable solutions,” said Tim Reid, Mercury Marine vice president of development and engineering. “That work has positioned us well to anticipate and respond to shifts in the marketplace. We listened carefully to boaters’ needs and wishes, and we created new product capabilities aimed at exceeding their highest expectations.”

The Mercury Marine V12 Verado outboard will be available this spring. For more information, visit mercurymarine.com/v12.

For more information on the V12 Verado outboard’s features and benefits, see the Innovations and Advancements document.

Mercury MarineMotorOutboardSupporting Partner
« Raymarine: A Hunter on the Water
Head2Head’s Pro Walleye Series Partners with Learn 2 Fish With Us For Their Inaugural Season »