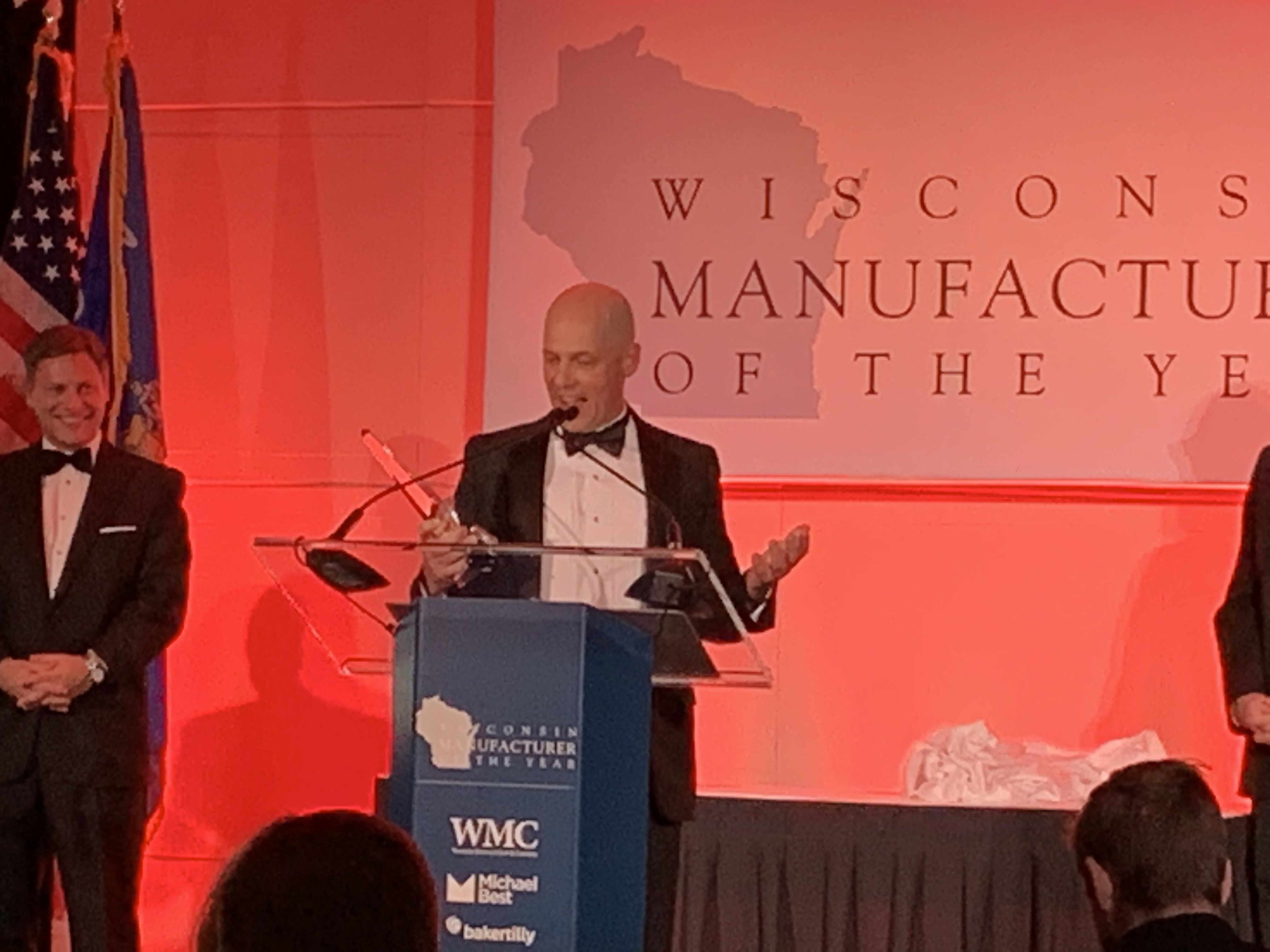 MILWAUKEE, Wis. (February 21, 2019) – Mercury Marine, the world leader in marine propulsion and technology, was named Wisconsin Manufacturer of the Year on Thursday night in the Mega category at the annual awards ceremony in Milwaukee.  This marks the third time the Fond du Lac based company which is the largest division of Brunswick Corporation (NYSE: BC), has won this prestigious award.  Mercury Marine, which also was named Wisconsin Manufacturer of the Year in 2006 and 2014, is celebrating its 80th anniversary in 2019. 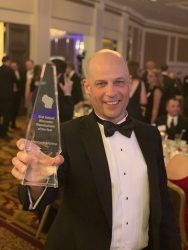 Manufacturer of the Year awards are presented annually by the Wisconsin Manufacturers and Commerce (WMC) to Wisconsin-based companies that produce world-class products and create employment opportunities for the communities in which they are located.

“We are honored to win the Wisconsin Manufacturer of the Year Award for the third time,” said John Pfeifer, Mercury Marine president. “We have invested more than $1B in expansion and R&D over the past 10 years and in 2018, we had the largest product launch in the history of our company.  Although Mercury has unveiled many new innovations and has amassed many successes through the years, 2018 stands out as a particularly remarkable year of achievements that will help to shape the future of both Mercury Marine and the entire boating industry and it is gratifying to be recognized for this honor by the WMC.”

Some of the many highlights from Mercury’s record year in 2018 are:

Mercury surpassed $3B in sales in 2018 for the first time in company history and will continue to celebrate its 80th anniversary throughout the year with its employees and customers.

“This award is for the more than 6,000 employees at Mercury Marine around the world and the tens of thousands who have been a part of our growth over the past 80 years,” said Pfeifer.  “Their tireless work and passion for the company has allowed us to continue to set the pace for innovation for the entire marine industry.”

Mercury Marine was founded 80 years ago in 1939 by engineer Carl Kiekhaefer in Cedarburg, expanding to Fond du Lac in 1946.  Acquired by Brunswick Corporation in 1961, Mercury continues to support the largest global distribution network with service points in 140 countries and has now surpassed 7,000 employees globally. 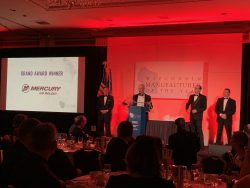 Mercury’s impact on Wisconsin has been well documented.  A recent study done in 2017 by the Fond du Lac Economic Development Corporation, now known as Envision Fond du Lac, shows that Mercury has an annual impact of more than $4B on the Fond du Lac economy.  In addition, Mercury invests more than $250MM in annual wages and benefits in 2017, and more than 80% of contracted work at the facility is awarded to Wisconsin based companies.  In 2018, Mercury was awarded its 8th consecutive Green Masters designation in the state of Wisconsin and has won multiple awards for sustainability and innovation around the world.

“Wisconsin is our home and we are proud of our impact in the community, but we are also grateful for what the community has done for Mercury,” said Pfeifer. “We will continue to be good stewards to every community in which we live and work and will proudly share this award with all of our employees that helped build Mercury Marine from its early beginnings to the present.”