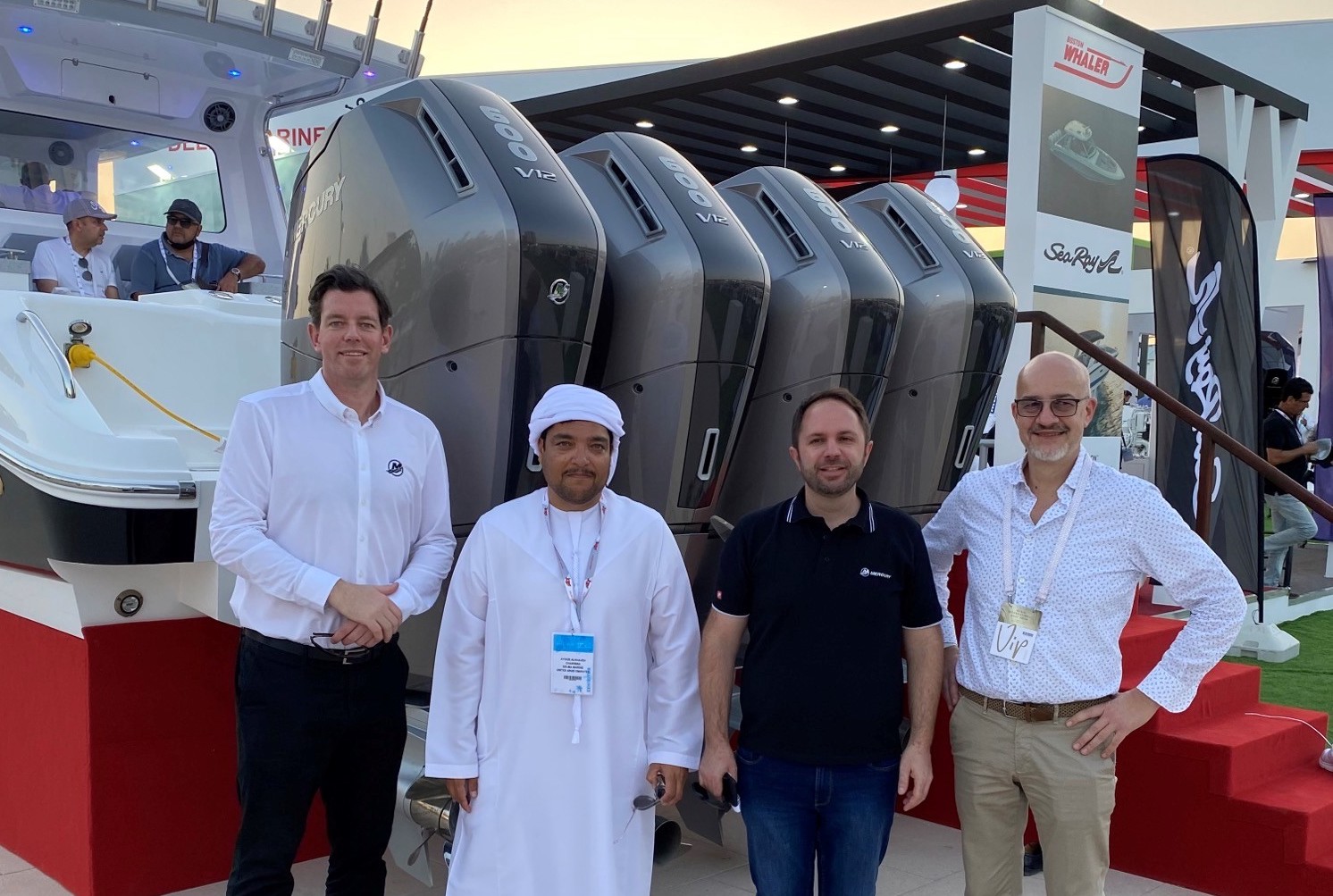 Mercury Marine, a division of Brunswick Corporation (NYSE: BC), continues to increase its presence at the largest boat shows around the world with a record showing at the recent Dubai International Boat Show. This year, Mercury had the most outboard engines on display during the show capturing close to 90% market share both on-water and on-land. In addition, Mercury also showcased quad 7.6L V12 600hp Verado engines for the first time in the Middle East as well as many Mercury Racing outboards again including the 300R AMS and the 450R.

“Dubai is a very important show to Mercury, Mercury Racing and our channel partners. The support we received from our customers at the show is simply outstanding,” said Will Sangster, Mercury Marine EMEA president. “It is fantastic to see the strength of partnerships we have with our distributors Delma Marine and Extreme Marine in the UAE continuing to position Mercury as the only brand of choice. We look forward to continuing to serve our customers in the Middle East and partner with them on their growth plans.”

Earlier this year, Mercury Marine displayed more engines than any other outboard manufacturer for the third consecutive Miami Boat Show and sixth consecutive major Florida saltwater show (including Miami and Ft. Lauderdale). Mercury once again increased its overall share at the show and accounted for comfortably over half of all outboard engines on display this year. In addition, most OEMs at the show displayed at least one boat with Mercury outboards – some for the first time at a major show.

Additionally, during the 2021 Cannes Boat Show in September, Mercury reported more than double the number of outboard engines at the show than its closest competitor and significantly more outboards on display during the event than all other manufacturers combined.

“The year is off to a promising start for Mercury Marine and Mercury in EMEA,” said Sangster. “The power of Mercury is felt around the world, and we will continue to work with our global channel partners to ensure their customers experience our full portfolio of products. We look forward to a very successful 2022 and beyond.”

The Dubai International Boat Show returned in 2022 after a two-year hiatus because of COVID-19, attracting visitors from more than 120 countries.