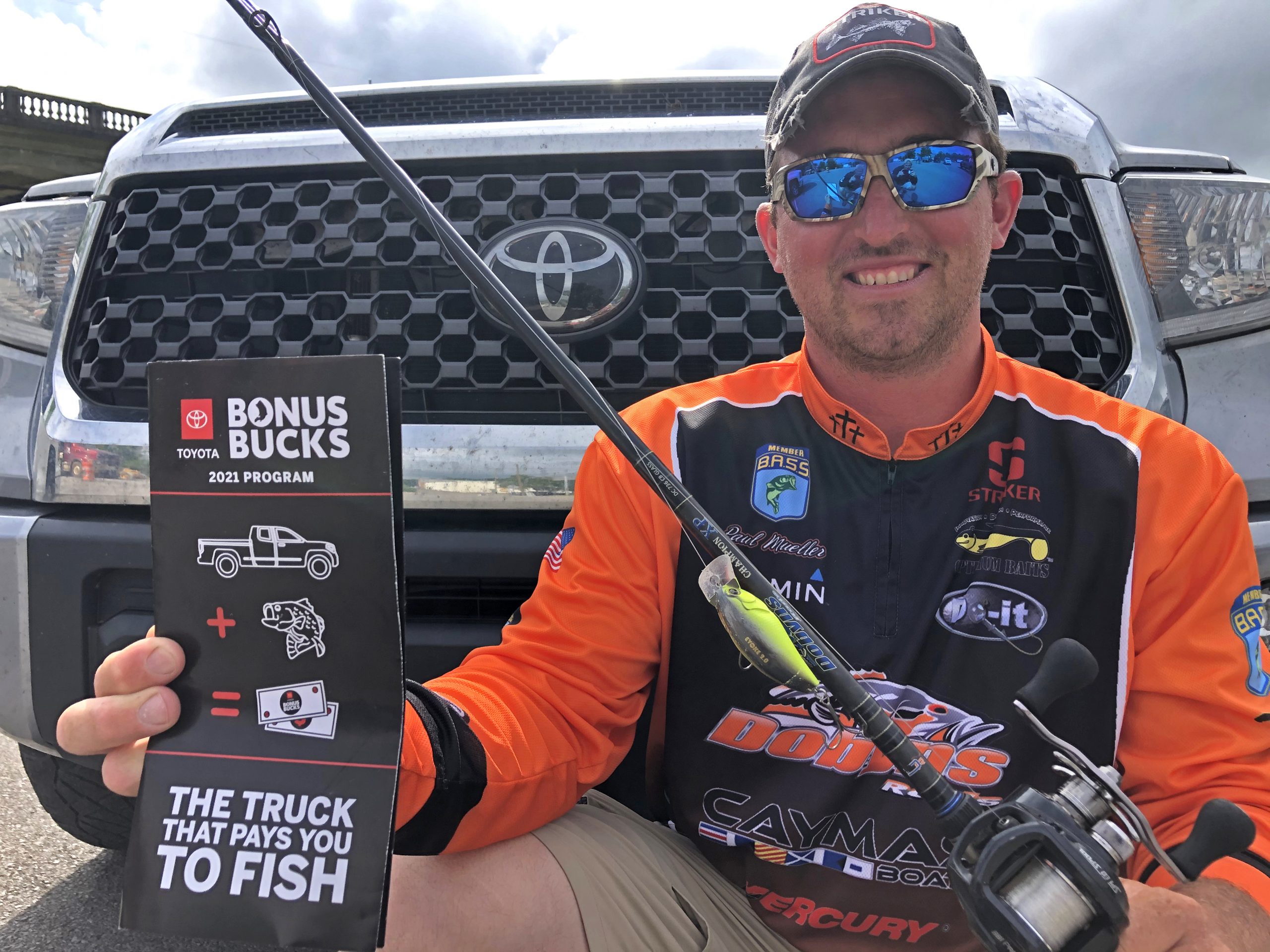 Paul Mueller’s decision to throw a silent Deps Evoke 2.0 crankbait around heavily pressured largemouth at the Bassmaster Elite on Neely Henry lead to the biggest bass of the tournament, a 6-pounder. That hefty fish nearly secured him the win, before finishing second, which was still good enough for the Connecticut angler to win Toyota Bonus Bucks once again.

Mueller estimates he’s won well over $15,000 in Bonus Bucks the past few seasons. And the fact you don’t have to win your tournament to haul home the cash is one of the best parts of the Toyota contingency program for tournament anglers that launched in 2008.

“The thing I love most about towing with a Toyota is the reliability. We live in Connecticut, so nearly every B.A.S.S. tournament is a long way from home, and I never think twice about my Tundra’s ability to get us to wherever we’re going,” says Mueller.

In fact, minutes after nearly winning Neely Henry, his bride Kimber secured their young son Waylon in his car seat inside their Tundra CrewMax with a spacious back seat, and readied for the 16-hour drive home so dad could complete a few trips as a fishing guide on Candlewood Lake before returning back to Alabama for the Elite Series on Guntersville next week.

Much like Mueller, you too can cash-in on Toyota Bonus Bucks without winning your tournament. You just have to own or lease a 2017 or newer Toyota Truck, sign up free for Bonus Bucks, and be the highest finishing registered participant in one of the hundreds of tournaments supported by the Program. To learn more, please visit www.toyotafishing.com.