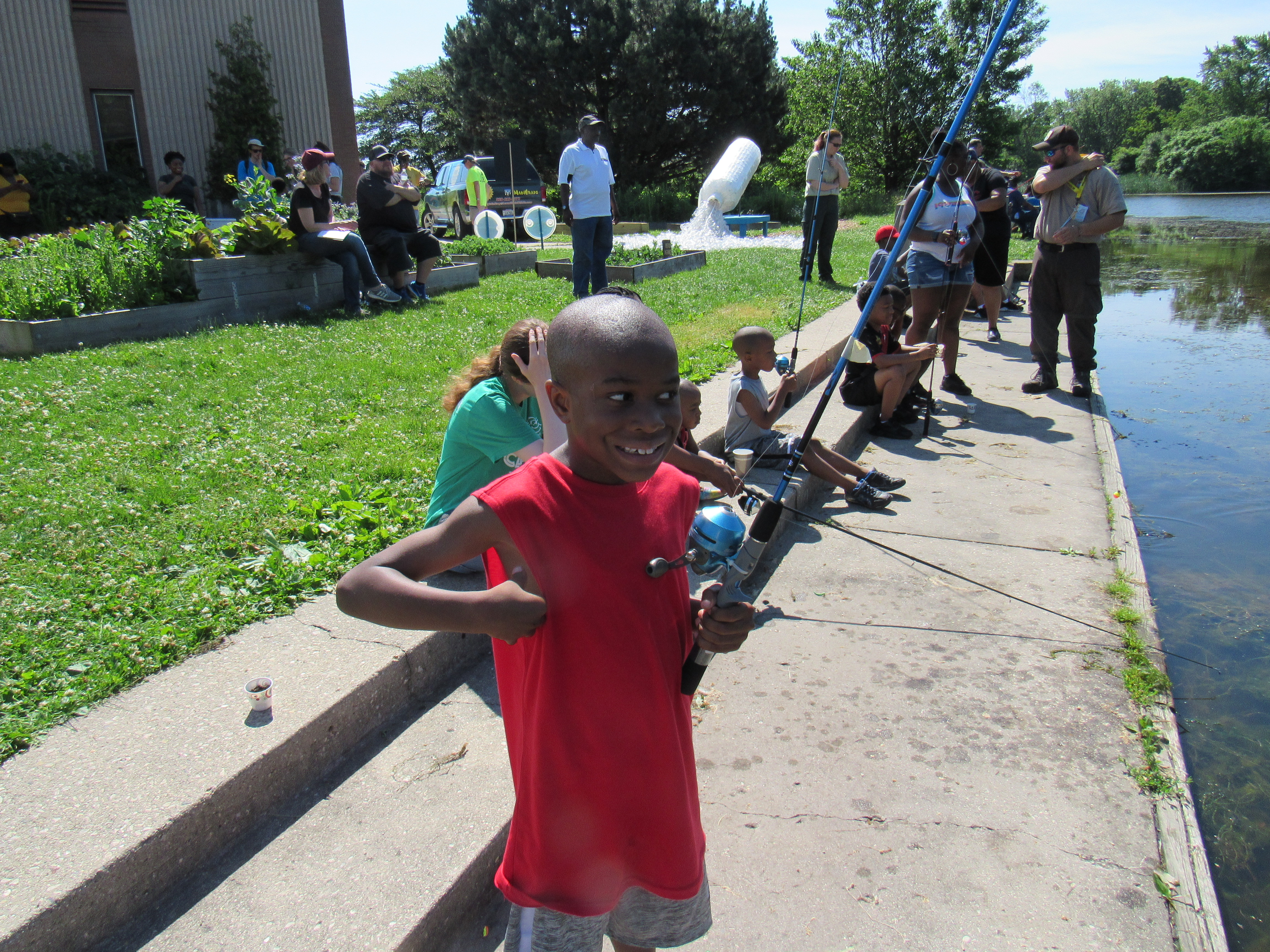 On Saturday, June 29th, NPAA Members Greg Karch #138, Karen Karch #121 and Nich Schmal #123 along with Learn 2 Fish With Us and other local fishing group volunteers, attended the Urban American Outdoors Fishing Derby.  The fishing derby was held at Washington Park in Milwaukee, Wisconsin.  The morning started out by all organizations that participated in the fishing derby addressing the attendees and public on who they are and what they do.  Then the fishing derby started out by attendees circulating through fishing educational stations before they could start fishing in the derby.  The fishing educational stations were; water safety, casting, fish identification, aquatic invasive species and live bait.  Once the youth attended all the educational stations they could start fishing the derby.  Thanks to all the groups participating there were fishing combos that the youth could use along with bait.

The fishing derby had a prize for the largest fish which was a hundred dollars and smallest fish which was a  huge stuffed fish pillow.  The top twenty anglers with the largest fish won a US Forest Service fishing combo.  Thanks to Greg’s sponsors all youth received something from a hat, cooler, line clippers and more.  So, everyone was a winner, as they had a day of fishing, learning and getting a fishing item.

A behind the scene story, was a family that attended the Urban American Outdoors Fishing Derby.  Earlier in the week Renee contacted her sister Trina about attending the fishing derby.  They decided to go and brought Trina’s daughter, Alesha, who is nine years old.  On the way to the event, they picked up a Shakespeare fishing combo along with line, bobbers and hooks.  They met Greg at the event and asked if could help setup the fishing combo.  So, Greg put the line on the Shakespeare fishing combo and then put the bobber, hook and sinker on the line.  They were ready to go fishing.  A couple minutes later Alesha found Greg and asked for help fishing.  First cast, the bobber went below the water, but Alesha was not able to set the hook quick enough.  After another five minutes Alesha caught here first fish a small bluegill and soon after that she caught a bullhead.  The bullhead allowed Alesha to catch the fifth biggest fish of the fishing derby.  This was Alesha’s first time fishing and first fish!!  A day after the event they called Greg and thanked him for his time and let him know that they plain on fishing together for the July Fourth weekend.  All these groups coming together to make it a special day for the youth and families. 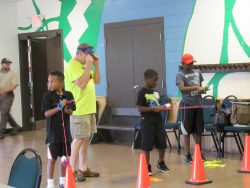