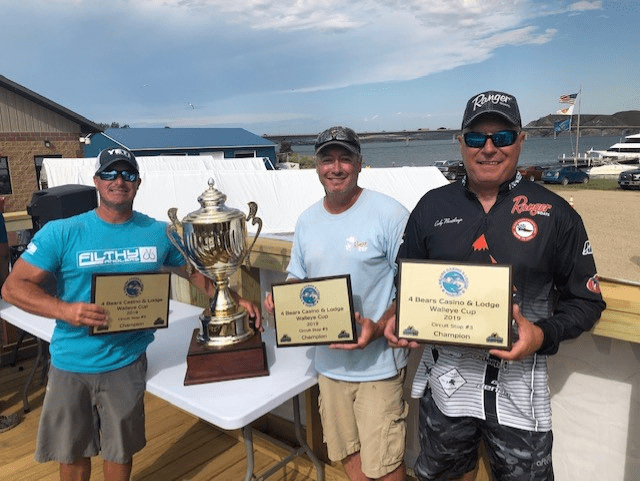 Cody Northrop (NPAA #1025), Jay Northrop (#1454) and Greg Pruit. Won the 3rd stop of the ND/SD Casino Cup series August, 3rd on Lake Sakakawea with 28.18lbs. “Lake Sakakawea has had a good consistent deep bite all summer but those fish are scattered and we didn’t have much time to pre-fish so we focused on finding a shallower bite where the fish were more concentrated”. They made a 50+ mile run in Cody’s Ranger 620FS to the area they were fishing. They cast numerous style shallow diving crankbaits with their Denali Lithium and Myriad series rods switching to jigs and paddle tails as the day went on. Water temp became an issue trying to keep their fish alive, so they took their chances and weighed in an hour and a half early.

Cody stated “It’s so hard to win a tourney of any kind and this tournament series is full of top-notch anglers. All the small decisions made during the day have to be correct along with everything else lining up. This was a true team effort and the second time we have won this tourney. We would like to thank all our sponsors and families for their support”.

The winners received a $12,000 check and an additional $1,000 in Ranger contingency. Next up is the 4th and final stop of the series September 14th at Prairie Knights Casino on Lake Oahe, leading up to the Championship event September 28th once again at Four Bears Casino on Lake Sakakawea. 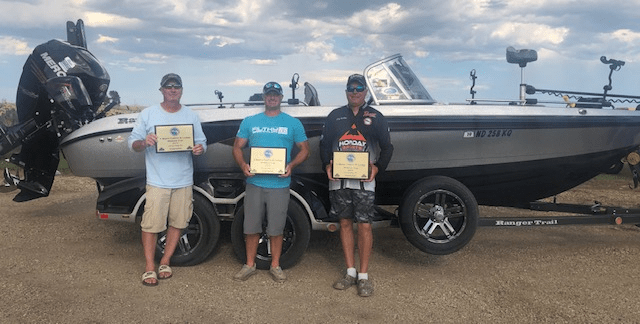