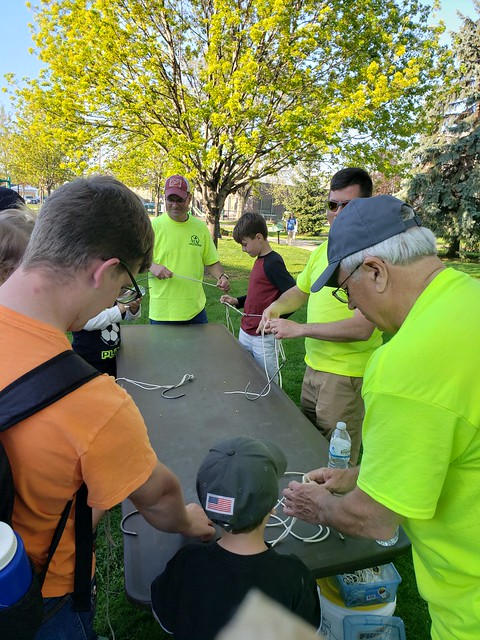 On Wednesday, May 15th, NPAA Members Greg Karch #138, Karen Karch #121 and Nick Schmal #123 and Learn 2 Fish With Us volunteers hosted a fishing clinic for the Oshkosh Community, which was held in Oshkosh, Wisconsin at the YMCA facility. 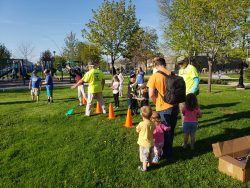 The fishing clinic started out with Captain Greg presenting  a shortened version of his Fishing Basics seminar which educated the families on safety while fishing, fishing combos, fishing presentations, live and artificial bait and the environment.  After the seminar the youth were split up into four groups that rotated through stations.  Station one, was casting and here they learned how to properly cast with a spin cast and spinning fishing combo and if they had a good cast, would catch a Backyard Bass. The second station, was knot tying, where they learned how to tie a Clinch and Palomar knot.  You should have seen all the youth as they were so excited to tie their own knots.  Station three was the Aquatic  Invasive Species where they learned about the different species, where found and what they look like.  The final station was fish identification and attendee’s learned how to identify the fish, where they can be found and the best bait to use to catch them. 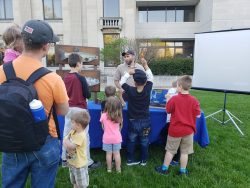 At the end of the fishing clinic each youth received fishing combo and Future Pro shirt thanks to the National Professional Anglers Association.

To learn more about the following organizations check out their websites Learn 2 Fish With Us atwww.learn2fishwithus.com ,  NPAA at www.npaa.net and Future Angler Foundation at www.futureangler.org