Overcoming Life-Changing Events While Claiming Angler of the Year Title: How Palaniuk Did It

HomeOvercoming Life-Changing Events While Claiming Angler of the Year Title: How Palaniuk Did It
NPAA
NPAA Supporting Partner News 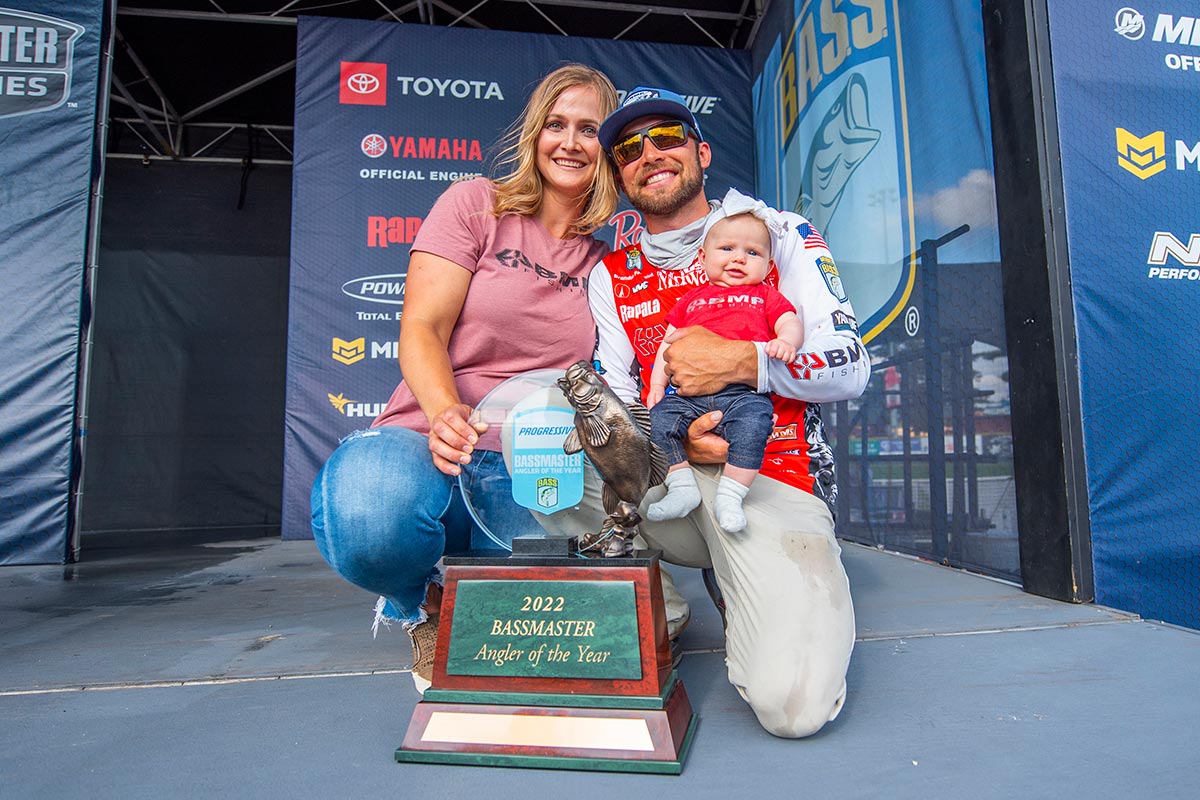 After one of the most memorable seasons in his career, Humminbird and Minn Kota Pro Brandon Palaniuk earned his second career Bassmaster Elite Series Angler of the Year title after wrapping up a dominant season that included him and his wife, Tiffany Palaniuk, becoming parents amidst the hectic tournament schedule.

“This one isn’t going to settle in for a little while. This season has been a whirlwind but a fun one at that. It’s an amazing feeling to be on the short list of incredible anglers to have won this achievement twice in their career,” said Palaniuk. “And the fact that I got a solid limit early on Day 3 and just had fun the rest of the day knowing I had won was truly incredible.”

Going into the second-to-last event on Lake Oahe in South Dakota, Palaniuk had a decent lead over second place in the Angler of the Year points standings. Leaving Oahe with his worst showing of the season, a 66th place finish, his lead dropped to only 37 points with one event remaining.

“This was an event that was right in my wheelhouse and preconceived notions got the best of me – a perfect example of why it’s so important to fish the conditions and the moment,” said Palaniuk. “Short-term memory in competitive fishing wins the long game. It’s going to be very interesting now and I’m just upset that I had an opportunity where I could have closed the deal and I left it wide open.” 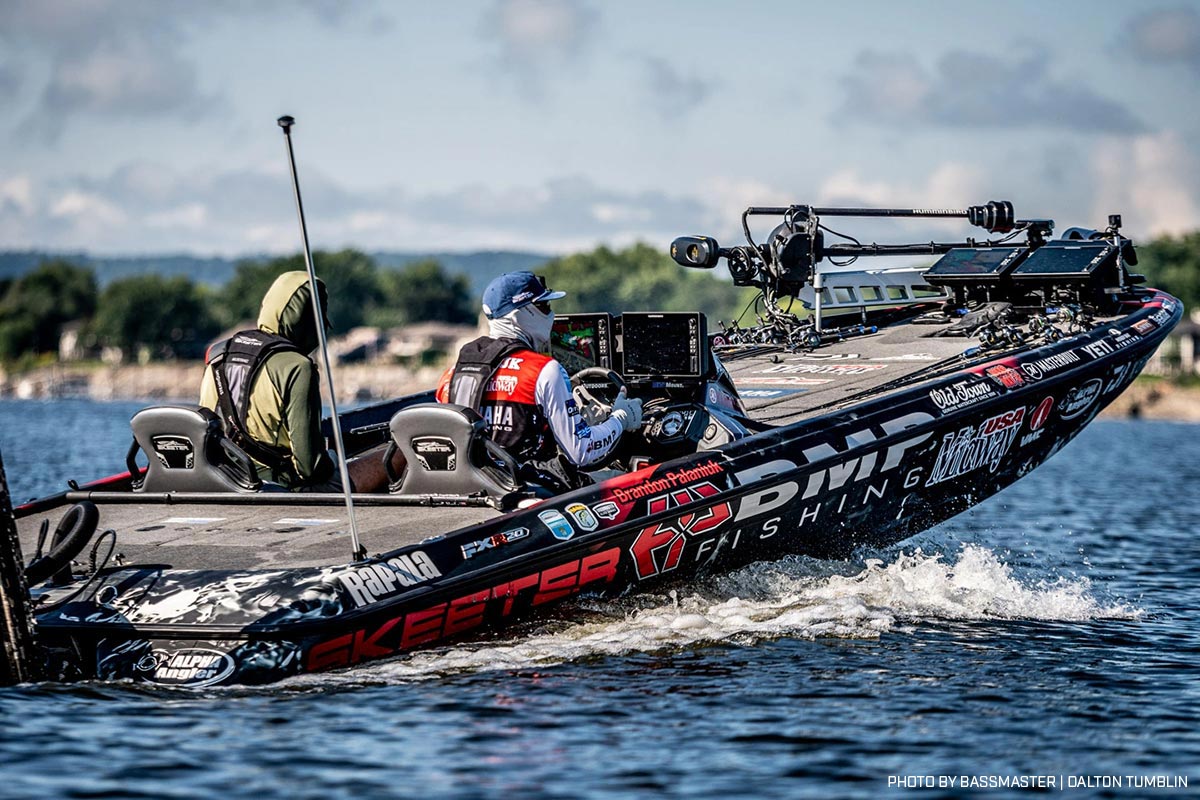 With one event remaining on the 2022 Bassmaster Elite Series schedule, Palaniuk was locked in on the Largemouth and Smallmouth Bass of the Mississippi River in La Crosse, Wisconsin, a place that has history for Palaniuk earlier on in his career. Knowing a solid finish will do the job, Palaniuk went to work on Day One of competition, bringing in 12-pounds, 13-ounces putting him in 35th place – safely where he needed to be to win AOY. But, on Day Two, his second AOY title would be decided by one single fish.

“Before catching that last fish on Day Two, I had thought I lost it. That it was game over. But that is why you always fish until the end because anything can happen if you keep your head down and keep fishing. When I put that fifth fish in the boat, I knew I had a shot to make the cut. I gave myself a chance and that single fish was the dealbreaker.”

After two days of fishing on the Mississippi River, Palaniuk found himself just barely making it in to fish on Day Three, giving him one more shot to close the door on the 2022 AOY title. With only an 11-point lead and knowing he needed to catch a solid bag to secure the win, Palaniuk brought a limit to the scales weighing 15-pounds, 1-ounce – slamming the door shut on his second Bassmaster Angler of the Year title.

“Winning this title for the second time does a couple things for me. I am not the type of person to ever be satisfied with an achievement because there are always more to be won. Whether it’s an Elite series trophy, a Bassmaster Classic or an AOY title – there is always more,” said Palaniuk. “But, what it does do for me is solidify that the previous win or title wasn’t just luck. It builds your confidence and helps your mental game moving forward.”

Palaniuk finished the 2022 season with three top five finishes including a second place finish at Lake Fork Reservoir. This major accomplishment adds to an already impressive career resume of six Bassmaster wins, the 2017 Angler of the Year title and the 2010 B.A.S.S. Nation Championship. 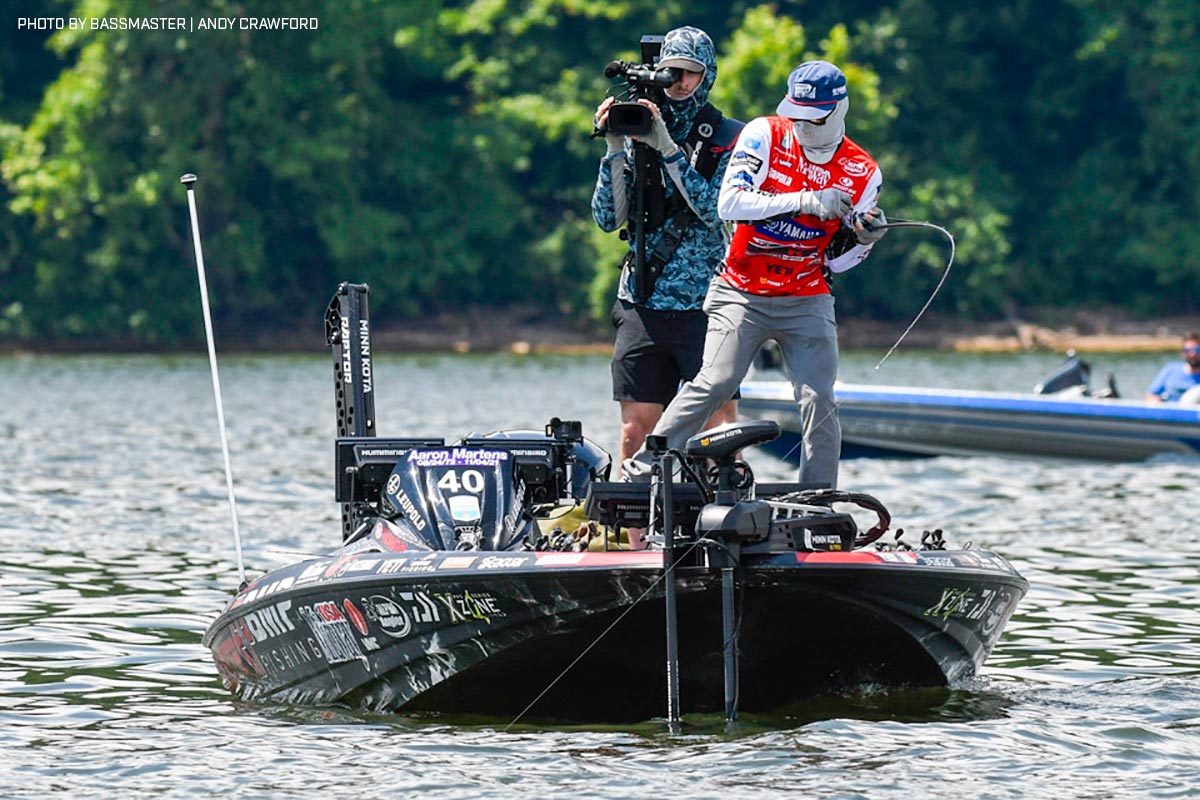 Palaniuk has taken pride in showcasing just how powerful the tools Humminbird and Minn Kota provide truly are. Each product working in perfect bassin’ harmony has led Palaniuk to a consistency that has very seldom been done in professional bass fishing.

There is an obvious advantage to having the right tools at the top level in professional bass fishing. The combination of Spot-Lock® on his Minn Kota Ultrex™and the intuitive technology in his Minn Kota Raptors™ has allowed Palaniuk to easily position his boat to make the right cast giving him the best opportunity to catch fish, tournament after tournament. Having dependable and reliable gear when big money is on the line is crucial to fishing better mentally, something Palaniuk has done very successfully throughout his career.

“The One-Boat Network has had a huge impact on my season. My Minn Kota Raptors at Santee Cooper allowed me to fish for shallow bass efficiently and quietly, making accurate casts to bedding fish. Spot-Lock on the St. Lawrence River, LakeMaster mapping for every location that we travel to; regardless of where we go, we have the best technology to help get the job done and they all work together in helping me fish to the best of my ability,” said Palaniuk.

“Technology is becoming a necessity in this sport and has truly helped how I fish. My Humminbird MEGA Live and MEGA 360 working in tandem has made my fishing as efficient as it has ever been. There were several fish this year over 6-pounds that I watched on MEGA Live chasing my bait and when I stopped it, they ate. Without MEGA Live I don’t catch those fish and probably don’t win Angler of the Year” added Palaniuk. 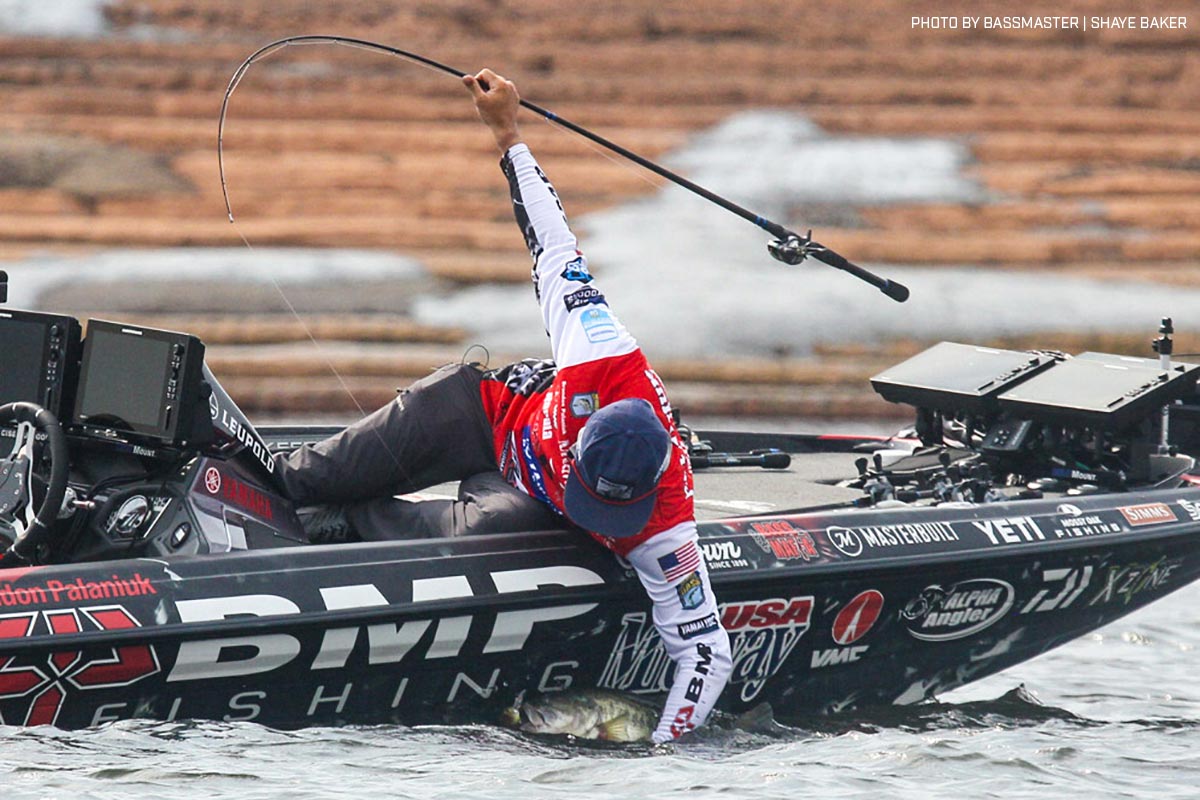 “What Brandon has done this past season is nothing short of remarkable,” said Joe Brown, Humminbird and Minn Kota’s Senior Director of Brand Management. “It has been quite an amazing journey watching and supporting his path to where he is now and to say he deserves it would be an understatement. Our team is extremely proud of Brandon and appreciate his commitment and loyalty to Humminbird and Minn Kota. We would like to congratulate him and his family for bringing home Angler of the Year title number two. We’re confident it will not be his last.”

With Palaniuk earning the 2022 Bassmaster Angler of the Year title, it officially makes five of the last seven AOY winners being Humminbird and Minn Kota Pros. Palaniuk’s 2022 Bassmaster Elite Series season demonstrated the same consistency he’s been known for throughout his career, and with Humminbird and Minn Kota utilized from bow to stern – that will keep him in the running for more Angler of the Year titles.