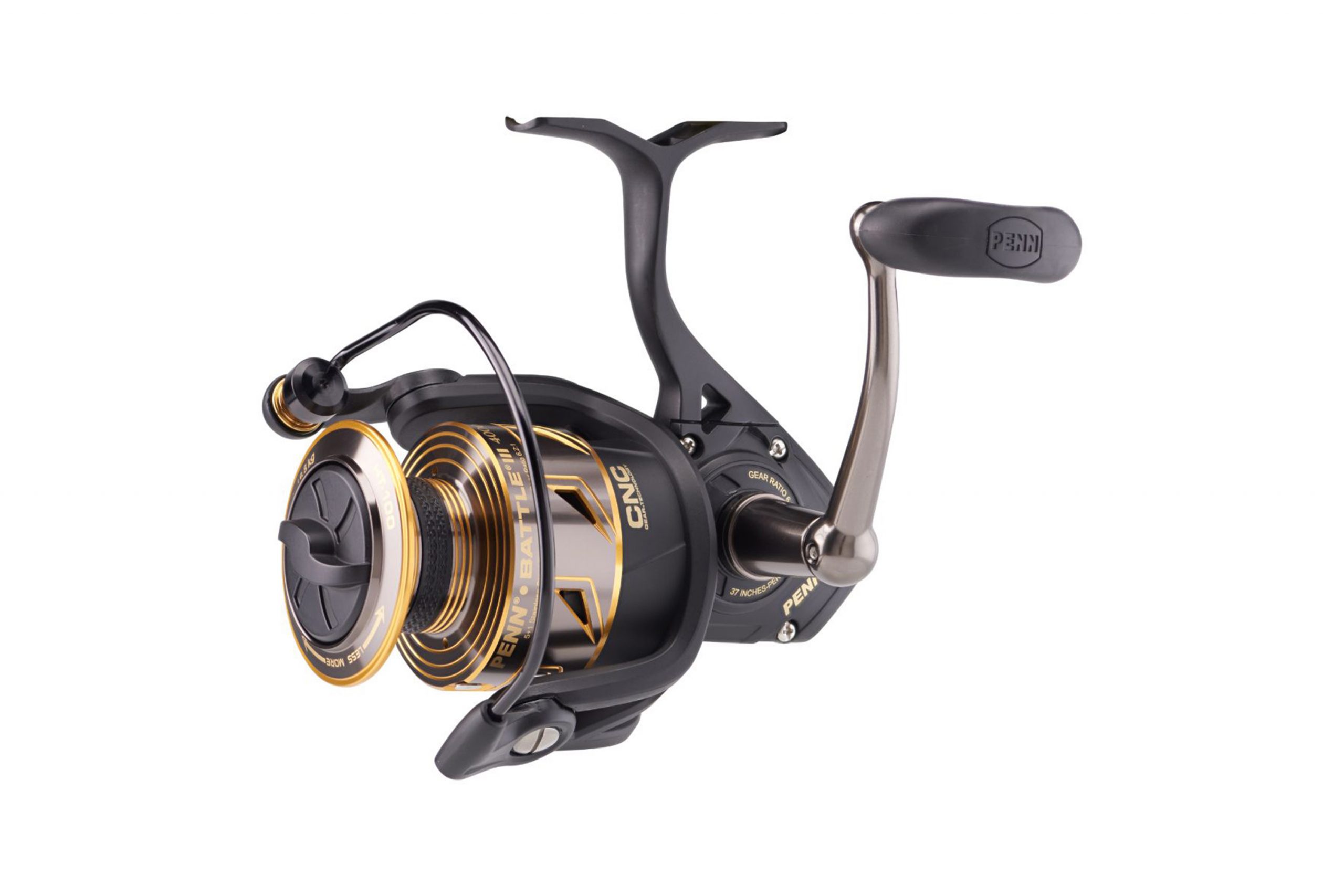 Long recognized for their undeniable strength, smoothness, and durability, the PENN® Battle® spinning reels are revered by saltwater anglers and feared by the fish they meet. The introduction of the next generation, the new Battle III, has been met with great acclaim, including its recent award for Best Saltwater Reel in the ICAST 2020 New Product Showcase. Voted on by members of the fishing media along with retailers and other members of the fishing industry, winners of the category-specific awards were announced in conjunction with this year’s virtual ICAST, which saw all voting done online in the absence of an in-person trade show.

The Battle III takes must-have saltwater characteristics like strength, smoothness and durability to the next level with the inclusion of PENN’s proprietary CNC Gear™ Technology, which ensures the pinion and drive gears are cut to exact tolerances using premium metals. The new Battle III reels include the proprietary PENN HT-100™ Carbon Fiber Drag System for smooth drag even when battling hard-pulling saltwater fish and a full-metal body and sideplate.
Combined, these features make the Battle III ideal for inshore, surf and select offshore application.

“There are certain qualities that aren’t negotiable when it comes to saltwater reels and the new Battle III has them all. It’s not only equipped with best-in-class features, but it’s priced to be as accessible as a high-quality reel like this can be,” said PENN Vice President of Marketing Jon Schlosser. “All saltwater anglers know how hard these fish can hit and how hard they can be on drags and other components. That’s why the Battle III is equipped with PENN’s very best gear technology that’s perfect for inshore, offshore and surf fishing. Our PENN team knocked it out of the park with the Battle III and we are excited to see them recognized with this great award.”

Additional reel features include a superline-ready spool to negate the need for backing, line capacity rings for easy reference while fishing or spooling and a 5+1 sealed, stainless-steel ball bearing system. Built to handle the abuse that’s unavoidable for saltwater fishing gear, the reel comes in nine different sizes, ranging from 1000 to a new 10000 size. Three high-speed reel configurations designated by an eye-catching red-and-black trim package are also available. The new PENN Battle III reels have MSRPs ranging from $99.95 to $149.95. The new PENN Battle III reels are also available in combos with precision-matched rods for the ultimate saltwater combination of strength and performance.

To learn more about the PENN Battle III and other new products from the most storied brand in saltwater fishing, please visit pennfishing.com. For more information about all of the 2020 new products from all the Pure Fishing brands, including downloadable press releases, spec sheets, images and logos, go to https://newproductportal.purefishing.com/.