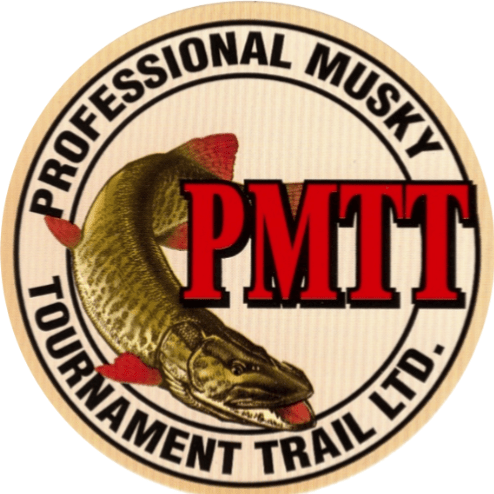 Coming in behind a month of very volatile weather conditions that had not only pushed this Army Corps Reservoir to near capacity at > 27ft above Pool but also had tossed in a mix of near freezing weather with very few heating-degree days, keeping the system cold and very muddy to begin the month. The system was being drawn down at a near record pace, dropping by more than a foot a day, while the first tastes of extended Spring like weather began to work it’s magic… warming and clearing waters in areas that were getting closer to near Seasonal Levels hit and maintained 48-52 degrees… and kicked in the ALL-IMPORTANT Spawn Imperative. The Southernmost regions of the system had begun producing a predictable bite as eager males began to que up to await the elusive and always aloof Queens in every traditional pre-spawn locale. Multiple fish days with an occasional upper end Beauty were being reported daily.

High, falling water… current, temp, active & aggressive pre-stage males… made for excited Musky Hunters and a very good trolling bite setup that was just getting better as mid-April approached. Alas, as is often the case in the Tournament Game… “Shoulda been here Yesterday”! Unseasonably warm temps had ‘bum rushed’ the water past mid-60s, effectively scattering fish in the lower, Southernmost end while activating mid lake and upper lake populations. A slight flux but still predictable and quite workable… Until excessive winds, t-storms, heavy rain AND Closing of the Gates on the DAM!

Wind, Weather & Tight Feeding Windows… these 160 + Pros had their work cut out for them in this one as conditions changed faster than a Rookie’s lure selections. A slow start… narrow feeding windows… short striking tail-nippers… 80+ degrees one day… upper 60s the next… heavy, heavy rains early with bright skies and WIND to finish. Big Fish… a couple of Lead Changes…. A hard-fought challenge for this gathering of TOP Musky Hunters, setting the Stage for some Season Opening Drama… and Boy did they ever deliver in this one!

Fred Lederer, past President of the venerable Ohio Husky Musky Club (est. 1961) and fellow Member, Trail partner Phil Cummings, both of Toledo, Ohio, are well-seasoned Musky Anglers with an impressive track record back Home in the Buckeye State. This experienced pair have now been competing on the Pro Musky Trail for about 6 years with some success, earning a decent reputation as efficient, effective practitioners of Trolling Tactics during that span with Fish registered in multiple Events… including here at Cave Run Lake last Season in very similar conditions.

Playing the Hand Mother Nature had dealt the entire Field for this Opening Weekend of the 2019 PMTT Season… with all of Her mixed signals and a Wild Card or two… deciding to hit the water Trolling was, “About a ‘No Brainer’”, said Lederer with a bit of a smile. “We already knew our spot pretty well from last year and pre-fishing showed us that All systems were GO! We had a ton of bait, current, depth with easy access to shallow bay flats AND the Musky were there.”  Cummings put the Lund in a Beeline for their primary spot right out of the gate and within minutes of Take Off had a pair of Orange ZIGGIE LURES on Shortline Down Rods hard on ‘The Hunt’.

The Day One bite was slow to start with very short feeding windows as the day progressed, but confidence and persistence were eventually rewarded with a decent 41.50-incher in the Bag that put them in 4th Place at days end. With but 16 Musky registered, including a 47.50 with a 36.75 Double by last year’s Winners…  they knew that one decent Musky would shake things up across the Board… One decent Musky could Win this thing… One decent fish. Well, Day Two… Fred and Phil went to WORK!

Heavy rain and high winds greeted anglers the next morning as they launched and made their way to Take Off. Conditions eased as the Tourney clock hit 7am and within but a few minutes the first calls were coming in… one of those calls was the excited, almost unintelligible, profanity laced exclamation of ‘Pure Musky Joy’ phoned in by Cummings & Lederer… a hefty 44.50 Beauty had greeted the pair almost immediately upon their arrival at ‘The Spot’… 3.5 m.p.h. with about 8-10 ft. of line out on Down Rods leashed to a rattling Ziggy in Orange (6” & 10” Models)… pulling through Bait Pods in 15-20ft of water… BOOM!  “We knew it was a good enough fish to make a ‘Power Move’ but the Barker Bros. and at least a half-dozen other Teams were also in position to make a move for the Win as well and it was still very earl in the morning.” said Cummings. They wasted little time getting back on the program, “Getting Ziggy With IT!”, but were starting to sweat as the day went on with no more action and they had witnessed a couple of casting Fish registered nearby… the dam had been closed and the casting bite was heating up. Finally, in the last hour… ZZZZZZ, “Fish On”! “I put the hooks to Her and knew right away that this was our heaviest bite of the weekend and quite possibly a winning fish for us”, Lederer shared on stage later that day. “She had the weight and feel of the ‘Right Stuff’ and as Phil readied the Bag to receive our Guest, just out of reach… She came unpinned and rolled out of view into the murky waters…. And with Her, they thought as She slipped from sight, a chance at Victory. “That was a very disappointing moment for Phil and I…. and one that I was certain would wind up costing us.”

Fortunately for and unbeknownst to these as yet to be Crowned Winners in those final worrisome moments of competition, that morning’s fat and sassy, sharp-toothed 44.50 was Sunday’s BIG FISH… AND that although 15 Musky had been registered Day 2… including a Double Up by the hard charging, always dangerous reigning TOP GUN Team of the Year, Riebe & Snyder… last year’s Defending Champs had not been among them… “We didn’t have a clue”, said Lederer afterwards. “It wasn’t until 3rd & 2nd Places were revealed that we knew for sure. Very exciting to say the least!”  Exciting? $500 Big Fish, $12,500 1st Place, 2 beautifully crafted Trophies & 2 amazing FELDSTIENS Rings… Yes Fred, exciting to say the least!

Leading the Field with a Double that included ‘BIG FISH’, a Beefy Beauty of 47.50-inches , coming into Day Two, Local brothers Tim and Brian Barker, of nearby Morehead, who many of you will remember having made an impressive PMTT debut here on their Home Water last Season by “Jigging Up” a literal ‘Last Minute Musky’ for the come from behind Victory , were unable to entice another bite in the closing session and as time expired… saw an early Lead narrowly slip just out of reach for a somewhat conflicted 2nd Place showing after having netted two of the 32 muskies that were registered over the weekend, a 36.75” and the 47.50” that was also MUSKY HUNTER MAGAZINE $250 “MHM Big Fish Bonus” & $500 Saturday/Event BIG FISH.

The Barkers were primarily jigging white BONDY Baits in submerged current areas(a flooded culvert) near submerged brush & trees that had large schools of shad nearby on the first break line. Presentation was less of a traditional vertical Jigging approach… featuring plenty of short casts/pitches shallow and a lightly pumping retrieve to a more vertical jigging finish in flooded tree tops. Short, controlled, deliberate….   “Pre-fishing was definitely a factor for us in these fast-changing conditions”, said a smiling, soft spoken Tim “Slow Hand” Barker following the ceremonies and having just narrowly missed being only the Second Team in the PMTT’s 21-year history to Earn Back-to-Back Victories on the same Water. “My brother got out a few days and I was putting Folks on a few nice fish Guiding all week at THE MUSKIE LODGE, so we had a pretty good idea what they were doing coming into Saturday… missed a couple of opportunities … a little disappointed maybe but we are certainly not unhappy with “BIG FISH” and a 2nd Place on our Home Water!”

Third Place was hard-earned by Mike Keyes; of KEYES OUTDOORS, from Wisconsin Rapids, WI and Trail partner, Oneida/Villas Co Guide, Bryan Schaeffer of Tomahawk, who also Registered a Double, Bumping the Board at 33.75″ and 37.00″ respectively. This highly experienced pair of Musky Hunters were able to Cash In on a bit of that cumulative knowledge though fishing in but their first PMTT together as a Trail Team by diligently working, Team Rhino Outdoors custom finished, White/Orange-tailed PHANTOM SOFTAILs in less pressured, relatively less stained areas away from crowd. Utilizing the Phantom’s slower, almost hypnotic side-to-side cadence in a way that creates that Trademark lateral motion (hang time) this lure class is so well known for, without ‘bee lining’ it back to the boat… Something Bryan & Mike know to be an often deadly tactic; particularly in cooler early season, moderate-to-heavily stained waters… and neutral to negative minded Musky. ”Phantoms are a ‘Go To’ lure choice in stained conditions like we are facing here or just about anytime we encounter a tough/negative Musky Bite”, said Keyes. “The profile, displacement and subtlety are key but their ability to ‘Kick & Hang’ in the face of non-aggressive Fish is very often an irresistible ‘Trigger’ and just what the Dr. Ordered to turn that lazy or unseen follower into Points On The Board!”

Coming in at Fourth were Nick Adams and Shane Horsley of Vanceburg, Kentucky. Although white seemed to be a common factor in lure selection among the majority of Top 10 Teams, this colorful pair of local ‘Weekend Warriors’ opted to throw shad-colored rubber on deeper creek channel humps that had large schools of bait (shad) on, or very near them and were able to introduce Musky of 34.00” & 36.50” to the Bump Board doing so.

Coming from the very back of the Field in a dramatic display of what it takes to consistently earn your place amongst the Best, with a ‘Double’ after having posted zero points Day One… Rounding out the Top 5 with Musky of 34.00” & 35.00”, Defending Back-to-Back TOP GUN Titles; Current PMTT Team of the Year… Chris Riebe/Shawnee Expeditions, South Elgin, IL and Matt Snyder/Mallard’s Muskie Adventures of Tower, MN

With an unprecedented 14/0 streak on the line… (have registered Musky in 14 consecutive PMTT Events) and after having relentlessly trolled areas they had successfully pre-fished with no action the first day of competition they decided to completely change their Plan of Attack.by going back to the very same areas they knew to have been holding fish susceptible to trolling tactics earlier in the week; (deeper water, relatively sharp vertical breaks with quick access to flooded shallows/flats and bait nearby)… tie on a couple of LAKEX TOADS and casting the living snot outta them!

“We went back to the shallowest water we could find tight against those deep drops… we had some good water”, said Snyder. “All White or White w/Orange was the ticket and are always a good choice in stained water”, added Riebe. “We cast as shallow as we could and used a simple ‘Pull-and-Pause’ retrieve that quickly started getting results”, he explained. “We had several missed connections in the murky water but were able to “Load The TOAD” and bring at least two of them to the Board…  All of our hits and misses came on the Pause!”

Rounding out the Rest of the Best…  PMTT/VITAMINERALS CAVE RUN LAKE Q-1 TOP 10:

Up next on the PMTT’s 2019 Trail schedule are the always hospitable waters of the Eagle River Chain in the beautiful Northwoods of Wisconsin’s storied Villas County, the weekend of June 22nd-23rd; followed by a return visit to one of the best Metro Musky Fisheries in the country, Lake Minnetonka, MN  on August 9th & 10th…. The 2019 RANGER BOATS World Championship will be decided in Iowa on Spirit & Okoboji Lakes on the 5th & 6th of October.