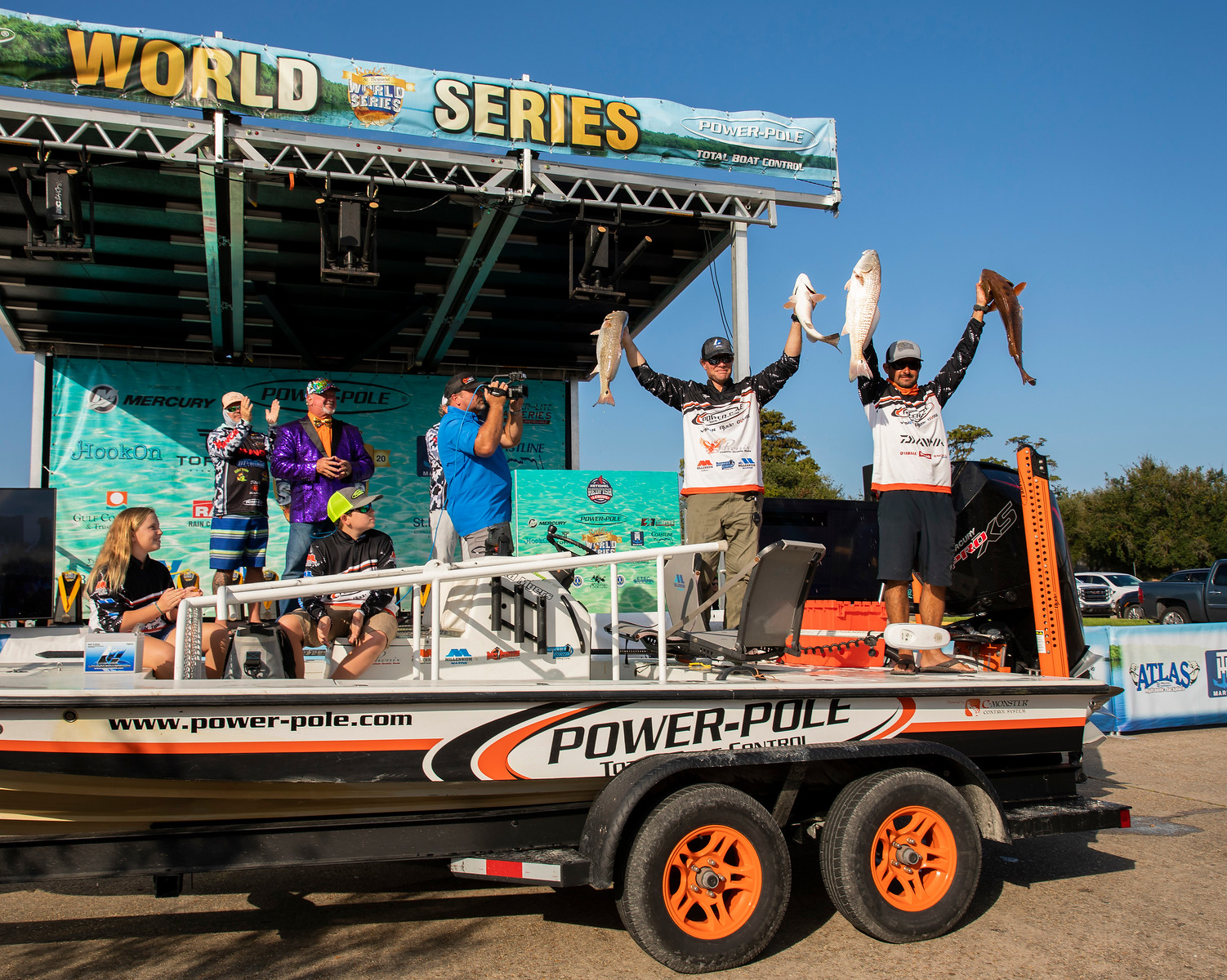 Continuing its history of support for professional redfish angling, Power-Pole has announced that it will be the title sponsor for the 2021 National Redfish League season and its championship event, the Redfish World Series.

Beginning in 2021, anglers will use points earned through competition in the NRL series to qualify for the World Championship. Power-Pole was also the title sponsor for the 2020 Redfish World Series which was held September 24-27, 2020. 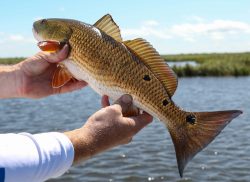 “When you look at the boats that are competing in these events, 99 percent of them use a Power-Pole. We can’t do what we do without them because 90 percent of the fish we catch are in three to four feet of water,” said Team Power-Pole angler Fred Myers. “To run the title boat of the title sponsor while representing a product that is so important to what we do, it means a lot to me.”

Myers, along with partner Britt Ordes, will be competing in both the Florida and Louisiana divisions.

Beginning with Steinhatchee event of the Sunshine Tour on February 19-20, each division will host four events in which teams will compete for points to qualify for the championship, which will be held Oct. 27-31, 2021 in St. Bernard Parish, Louisiana. Teams may compete in as many events in any division in the pursuit of points.

“It’s definitely going to be for the hardcore guys,” said Power-Pole’s Florida division title angler Jeremy Heimes. “It has the possibility to be really big because I think it will bring out some of the biggest names in redfishing.”

Since its inception, the Power-Pole brand has had deep roots in competitive redfish angling. The first-ever appearance of a Power-Pole anchor occurred in a professional redfish event and has played a vital role in that form of competitive fishing ever since.

“We are thrilled to be a part of the next generation of this sport. Redfish tournaments have always been at the heart of the Power-Pole story, starting with the Watts brothers, Bryan and Greg, back in 2000,” J.L. Marine vice president Robert Shamblin said. “We are excited to see these tournaments continue to grow in both participation as well as in the size and scope.”

The decision to become the title for the inaugural series solidifies the Power-Pole brand as the leader in the redfishing community as well as competitive fishing as a whole. Along with sponsoring redfish events like The Power-Pole Pro and IFA series, Power-Pole is also a major sponsor of B.A.S.S. and Major League Fishing events.

“I have long realized the need for a comprehensive and consistent tour and qualifying method for a year end World Championship. The creation of the NRL was an easy decision after the success of the inaugural 2019 Redfish World Series followed by the even more impressive 2020 World Series,” said Gritter Griffin, long time competitive redfish angler and founder of both the Redfish World Series and the NRL. “And being able to partner with a company like Power Pole just makes everything complete.”