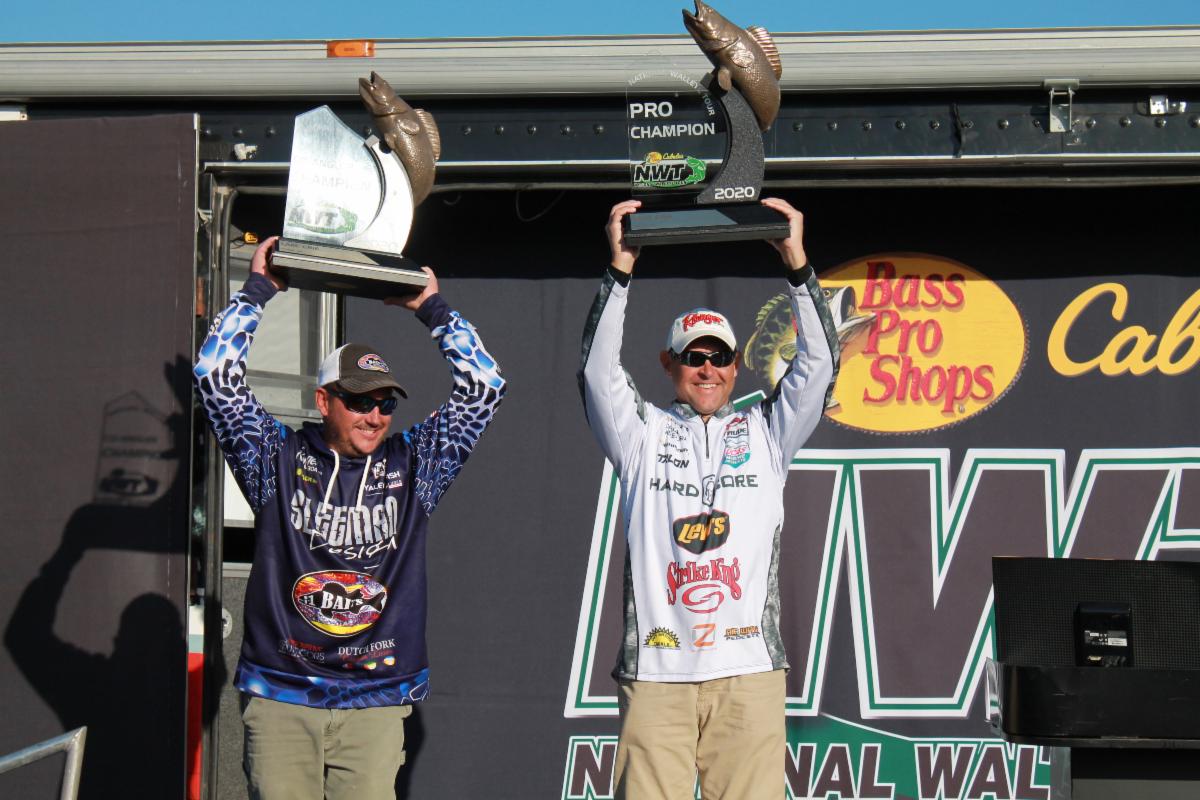 Jason Przekurat, of Stevens Point, Wisconsin, weighed a combined total of 73.25 pounds to win the National Walleye Tour Presented by Bass Pro Shops and Cabela’s Championship at Huron, Ohio, on October 17. The two-day championship paid out more than $289,000 in total winnings.

Four years ago, Jason Przekurat won the National Walleye Tour Championship, presented by Bass Pro Shops and Cabela’s, on the Missouri River. It was the missing piece on an otherwise stellar angling. Not one to rest on his laurels, Przekurat padded that impressive résumé today, becoming the first pro to win two NWT Championships. To win on walleye fishing’s biggest stage this year, he had to fend off Korey Sprengel – his friend and the 2020 Angler of the Year.

Przekurat now possesses two pro-am championship wins, a team championship win, and two Angler of the Year titles. When he won his first championship, he was forced to abandon his primary area on the final day and make an afternoon adjustment. It was a difficult, yet critical move. This year, he had to make a similarly difficult decision – but right away in the morning.

“I don’t think I even went 4 or 5 miles out,” said Przekurat, whose primary area was 18 miles north of Huron near the weather buoy. “It was just nasty, and I knew there was no way I was going to be able to do what I needed to do once I got there. I just changed game plans right out the get go. It was a difficult call; you’re leading the tournament, and you can’t get to where your fish are.”

Przekurat instead ran 7 miles north to his back-up area. His choice quickly proved to be the correct one as he caught two 4-pounders and a 5.11 on his first trolling pass.

“That gave me the confidence right out the bat that I could catch them there.”

While Przekurat sampled other areas later in the day, he was never able to upgrade.

“I eventually came back to that spot. It was a just a little 1/2-mile area, but we caught every fish there today. With 30 minutes left, we caught one more good one that give us a 1/2-pound upgrade. Without that fish, it’s incredible close; it probably sealed the deal.”

Przekurat fished the same depths at both the weather buoy spot by the U.S. – Canadian line and the closer spot – 44 to 46 feet.

While others caught fish high in the water column on Friday and Saturday, Przekurat only went weightless on day one.

“They never did come high for me on day two or day three. Everything was snap weighted and down in the column.”

Considering all his impressive accolades, it’s surprising that Sprengel has never won the NWT Angler of the Year award. That emphatically ended this week, as Sprengel left no doubt with a second-place finish. Sprengel came into the event with a three-point lead over David Kolb and a five-point lead over John Hoyer. While Kolb and Hoyer managed limits both days, Sprengel comfortably achieved the separation he stressed about heading into the event.

“I’m still not sure it’s happened,” said Sprengel. “I was almost content that it was never going to happen. I’ve had a great run of events, and I’m proud of my Angler of the Year average, so I could live with not getting it. It still hasn’t sunk in yet because I’ve been so focused on the tournament. I wanted to make sure if JP slipped today, I was there to take it. Honestly, I don’t know where this title ranks. It’s towards the top for sure, but I’m not going to say it’s at the top.”

Cory Sebastian, of Granger, Iowa, took home top honors in the Co-angler Division with a total weight of 77.10 pounds. The co-angler won a Ranger VS1882 with a 150-horsepower Mercury outboard. Along with $897 in Anglers Advantage cash, Sebastian took home a total of $39,897 in winnings.