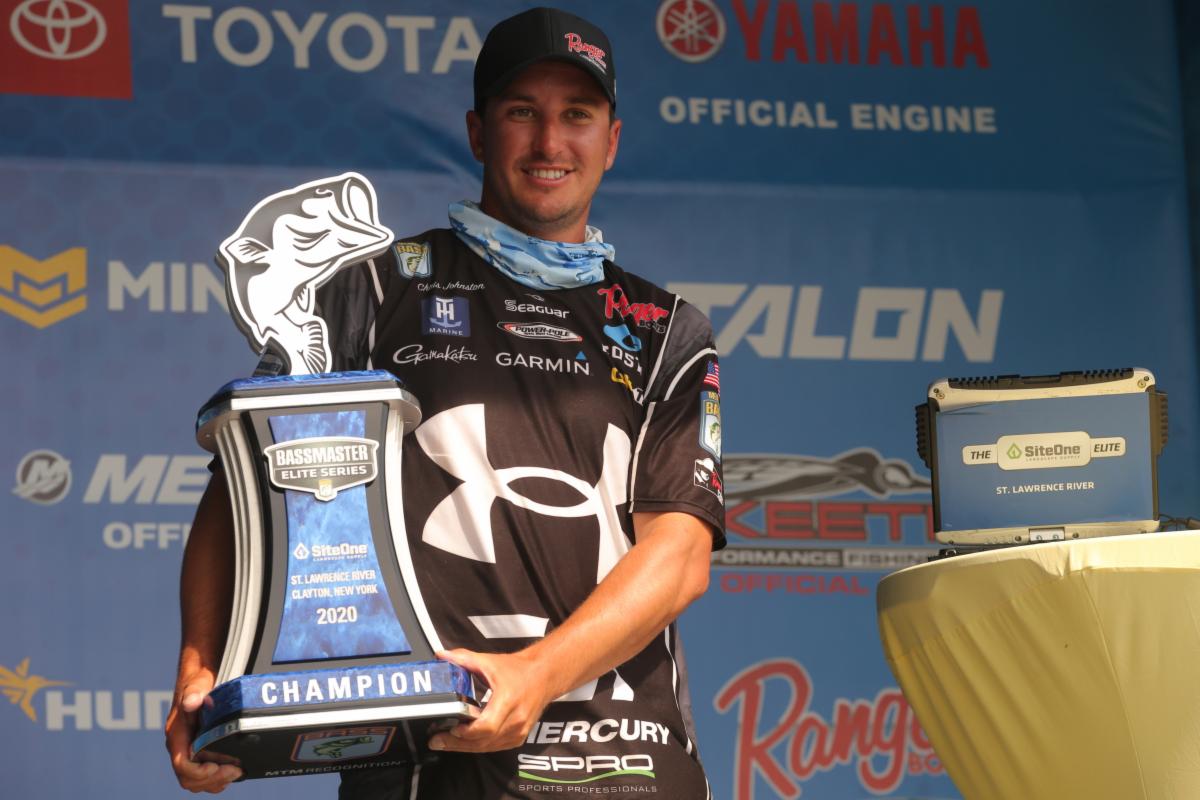 In the 2019 Elite event on St. Lawrence, Johnston led for three days before being ultimately overtaken by Micah Frazier. As roles reversed this year, Paul Mueller led for the first three days before succumbing to Johnston’s hard charge on the final day.

“This has been a crazy year fishing-wise for me,” said Johnston. “I had two of the worst tournaments probably in my career and to bounce back and win on the St. Lawrence, of all places, is just incredible.”

Johnston started both days one and two by picking up up a few keepers in the river before moving out into the open waters of Lake Ontario. He threw a variety of baits, including a Ned rig, jigs and soft plastics. Feeling that his river stop had been fished out, he chose to forego the river and head straight to deeper waters on the final two days of competition.

The competitors enjoyed fair weather for the first three days, but found a strong southwest wind churning up the lake on the final day. Although many opted to remain in the safer waters along the river, Johnston was confident in his Ranger boat to keep him safe and took advantage of bigger bites out on the lake.

“I knew the wind was coming but thought I had the best chance to win out on the lake,” said Johnston. “It’s not easy to fish in that kind of stuff if you aren’t used to it. You also have to have confidence in your gear. Ranger boats are built so well and, no matter what, you can’t sink a Ranger. It’s a great thing to have that confidence to be able to go out and fish in those conditions. Plus, Ranger is the most stable boat to fish from.”

Johnston fought through the tough conditions and was able to bring in the heaviest bag of the day – 22 pounds, 12 ounces, for a four-day total of 97 pound, 8 ounces. Johnston added $10,000 in Ranger Cup money to the $100,000 first-place prize money.