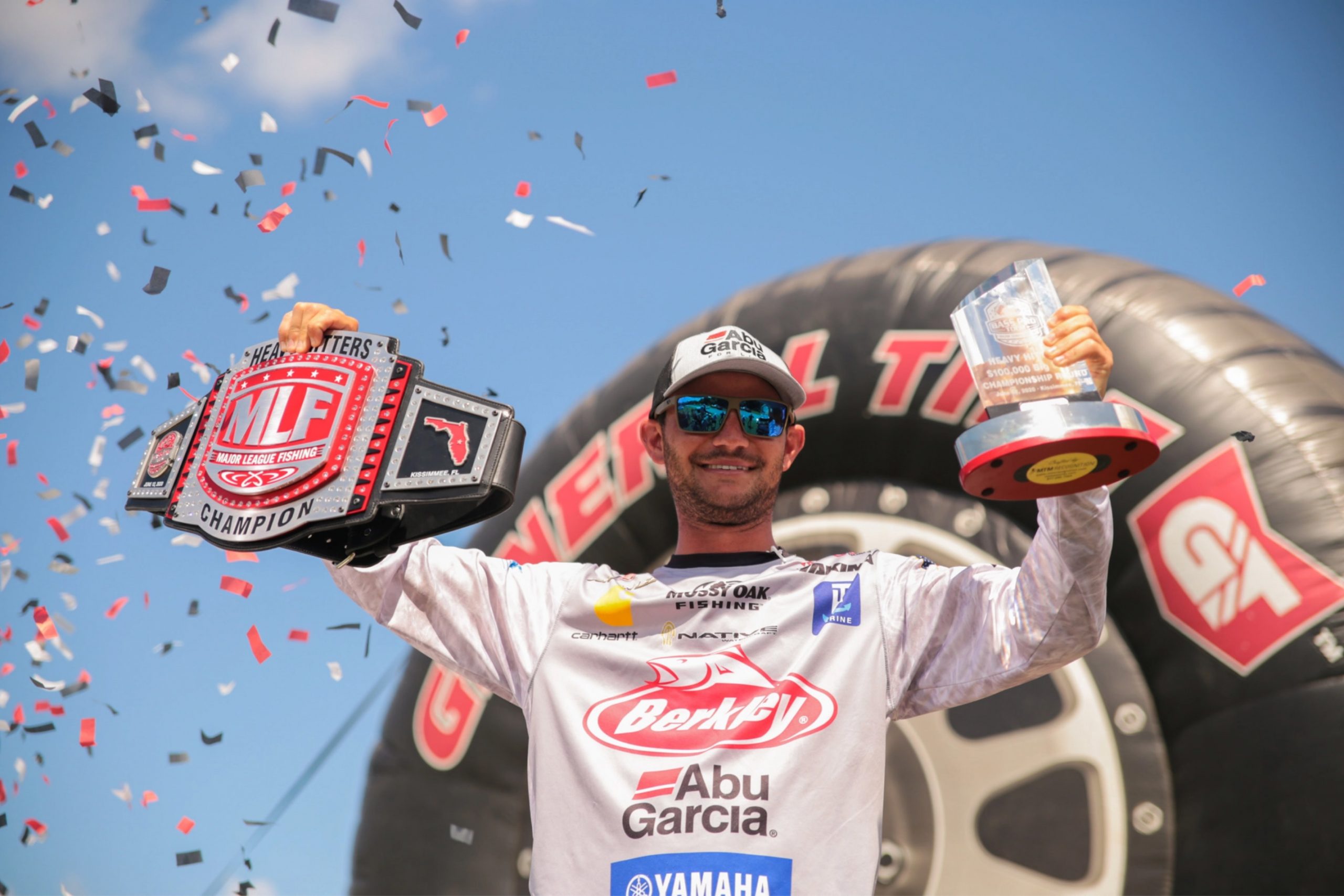 Ranger Boats pro Jordan Lee won the first MLF Bass Pro Tour Heavy Hitters event on Lake Toho of the Kissimmee Chain. He weighed a total of 52 pounds, 9 ounces, during the championship round, giving him the $100,000 first-place prize. Additionally, he caught the big bass of the championship round – a 7-4 – earning him another $100,000. Lee also received $10,000 from Ranger Cup for a total of $210,000 in winnings. Ranger pro anglers Bryan Thrift and Mark Rose took second and third, respectively, to round out the top three finishers.

The Heavy Hitters event featured some of the best sticks in the business and was the first MLF Bass Pro Tour event since the shutdown due to COVID-19. With many tournament trails usually stopping at Lake Toho earlier in the year, this left anglers wondering where to find fish given the later date.
“I don’t think there has been a big event here in June,” said Lee. “We’re usually there January or February. I felt going into it with the hot summer that the fish were going to be outside grass lines. With the lake being low, they would be on some offshore grass.”
While pre-fishing, Lee discovered his plan wouldn’t pan out and scoured the lake in his Ranger boat looking for quality fish.
“I spent a lot of my time idling around just trying to look for something different,” said Lee. “Using my electronics was key. I found them on brush piles, and that’s where I caught most of my fish. A lot of guys were fishing the grass lines, so, I pretty much had the piles to myself.”
With an otherwise tough bite found by all anglers, Lee cycled through five main baits throughout the event to show the fish something different to create reaction bites.
“I was going through a rotation,” said Lee. “Every day a new brush pile would show out. I had a milk run of probably of eight to 10 places and it was a bit of a good deal with no other anglers really fishing those spots. That was another big key.
“I was constantly switching. I may make five or six casts before switching. When I would switch, I would catch one. I had 15-plus rods out so it’s important that my Ranger has a big deck so I can still move around. I didn’t know what I would need so I brought everything. That’s one of the things I love about Ranger is having plenty of space for everything.”
With the weight minimum raised from two pounds to three pounds for the Championship round, many anglers struggled to find weighable fish. While cycling between baits proved key in the early rounds, a 2.5-sized squarebill with a fast retrieve sealed the deal for Lee on the final day.
“That squarebill really allowed me to find cover and catch fish,” said Lee. “I was burning it and getting a reaction strike.”
Ranger pros Mark Rose and Brent Ehrler won $25,000 each for catching the heaviest fish during qualifying rounds.
Major League FishingMLFRanger BoatsSupporting Partner
« St. Croix Virtual Customer Appreciation Day Coming June 18-20
ASA Announces Take Me Fishing™ as the Presenting Sponsor to ICAST 2020 Online »