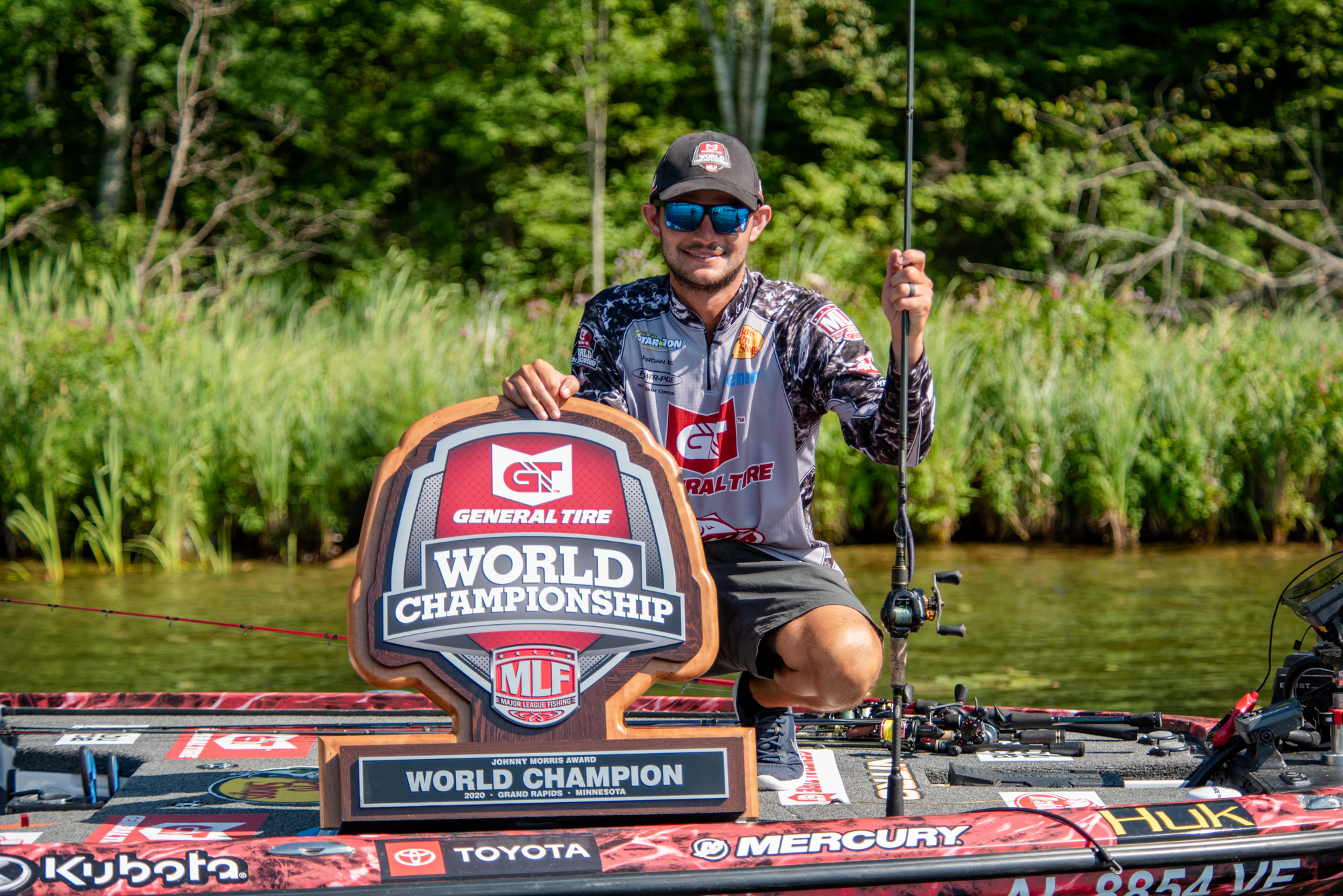 Ranger Boats Pro Jordan Lee won the 2020 MLF Championship, bringing the angler the top prize of $100,000. The Alabama native has shown strong on tour all year by winning the hotly contested Heavy Hitters event as well as taking Bass Pro Shops Angler of the Year honors.

While the four-day tournament concluded in July, the airing of the episodes was the first time publicly announcing the results.

“It was kind of hard to keep it a secret,” said Lee. “It was fun. It was a great way to end the year. I have been close a few years so it is special to finally win it.”

The four-day championship format included anglers fishing four different lakes each day with minimal practice so they had to be able to quickly survey the conditions and come up with a plan of attack.

“We got thirty minutes to ride around,” said Lee. “You want to figure out whether you are going to fish for largemouth or smallmouth. Some of the lakes had predominately smallmouths. If the lake had a lot of shallow cover, lily pads and docks, it will tend to be more largemouth. The lakes with sand flats, rock and not as much cover would be a smallmouth bite. Championship day was a largemouth lake.”

The final day’s competition was set on Spider Lake where Lee first found his confidence with a swim jig before switching to flipping and frogging to gain a sizeable lead in period one and lead by nearly 20 pounds after period two. Lee’s momentum slowed in period three when the bite shut down for him, but fired up for eventual second-place angler Casey Ashley who made a late charge for the win.

“I had a pretty good lead, but any lead isn’t really safe in that format,” said Lee. “I had different things going. I was catching them on a swim jig and a frog. That bite kind of died when the sun started to peak out. I switched to flipping a Berkley General while I went back over some of the same water and really picked it apart and made the most out of every bite.”

In the last 30 minutes, Ashley’ furious comeback gave him the lead with just minutes left of fishing.

“I figured he was going to win because he was catching them so good,” said Lee. “I ended up catching the last two fish and won by less than a pound. It was a tight race right at the end.”

The win marks the end of a tremendously successful season for Lee. He credits his success to his ability to keep his head down when things go south and just focus on what he can control. Another key to his season full of wins is his Ranger boat.

“I can speak for a lot of the Ranger guys,” said Lee. “During the season, there is lots of wear and tear but a Ranger holds up well. The overall structure of the boat and the attention to detail from those that build the boat makes it durable to stand up to years of running. And, obviously, the ride is the best there is.”