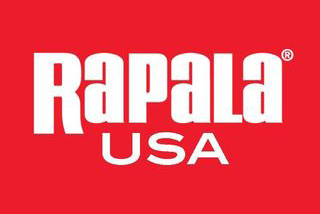 As Rapala VMC Corporation continues to grow its presence in the United States fishing and outdoors industry, the company has announced several promotions that will continue to accelerate the growth and performance of the company’s U.S. operations.

“At Rapala, we strongly believe in building a team worthy of delivering the best to our customers,” said Tom Mackin, President, Rapala USA. “These promotions reflect a culture where we develop talent from within, while bringing in new talent to continuously drive operational excellence.”

The latest sales, finance and operations promotions and hires at Rapala VMC Corporation include:

Travis Tuma has been promoted to Vice President of Sales from Director of Sales. In his new role, he will lead sales operations for Rapala VMC Corporation in the U.S. He has more than 25 years of experience in the outdoors and fishing industry, and joined Rapala VMC Corporation in 2006 as sales manager. Prior to joining Rapala, Tuma was general manager of Joe’s Sporting Goods, one of the leading independent fishing and hunting retailers in the Twin Cities. He studied at the University of Wisconsin-Madison. A resident of Lakeville, Minnesota, Tuma has a passion for multi-species freshwater fishing (soft and hardwater) as well saltwater fishing.

Lisa Roedel has been promoted to Director of Operations from Manager-Operations and Product Data. In her new role, Roedel will continue to direct the company’s operations while lending her expertise to Rapala Canada and the company’s U.S. warehouse operations. A resident of Princeton, Minnesota, Roedel joined the Rapala family of companies right out of college in 1994 as an inventory coordinator, working in operations first for Blue Fox and then for Rapala USA. These 27 years of working toward bettering Rapala’s operations have helped prepare Roedel for her newest role. Raised in a family that loved panfish fishing, Rapala has proven to be the perfect career choice for her.

Sam McSharry joins Rapala VMC Corporation on April 1, 2021, as Regional Sales Manager for the North Central Region. With more than 12 years of experience in the fishing and outdoor industry, McSharry joins Rapala VMC Corporation from the Rassat Outdoor Group, where he worked as a sales associate serving Wisconsin and the Upper Peninsula of Michigan. Named Rapala salesperson of the year in 2014, McSharry brings extensive merchandising and sales experience to his new role at Rapala. McSharry earned his bachelor’s degree in business administration from Bemidji State University.