Raymarine: A Hunter on the Water

HomeRaymarine: A Hunter on the Water
NPAA
Member and Partner Articles 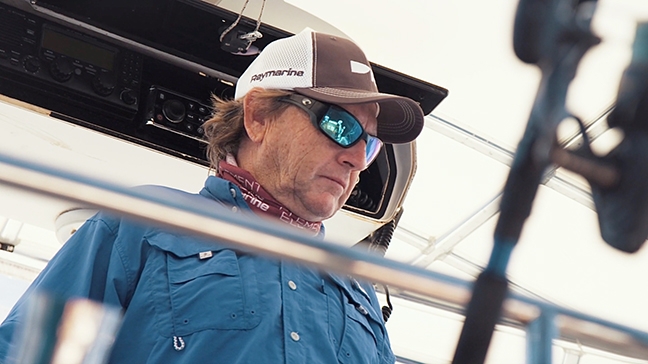 Based in Booker Bay just north of Sydney, Captain Scott Thorrington runs Haven Sportfishing Charters in the productive waters along Australia’s New South Wales Central Coast. The busy skipper applies nearly 40 years of experience in targeting marlin, kingfish, snapper, bream and other species for the benefit of his happy clientele. The ability of Thorrington and crew to consistently find and fool marlin has not only made Haven Sportfishing an exceedingly popular charter, but it has also earned the team a fearsome reputation in tournament action.

Captain Scotty, as he’s widely known, began fishing at an early age. “I lived on the water at Empire Bay with my grandfather, and he was the one who planted the seed,” says Thorrington, who first picked up a rod at age six. “I saw my first billfish in 1981, and I’ve been heavily into marlin fishing since about 1983.” 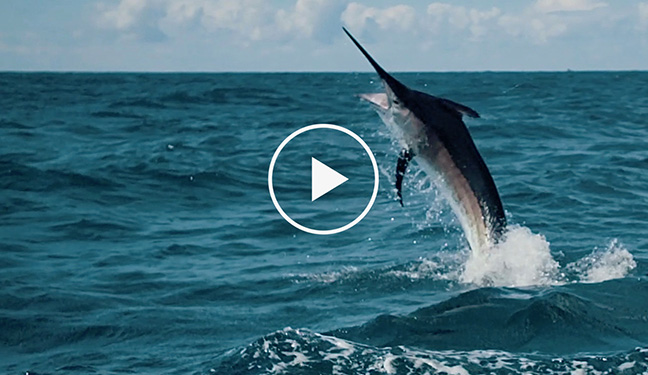 Thorrington’s primary boat is Freedom, a stable and maneuverable 34’ Blackwatch Flybridge, purpose built for deep-sea fishing and fully outfitted with Raymarine electronics. “We mainly marlin fish during the summer months, and the winter months we spend deep-dropping for kingies, mulloway, trags… good-quality bottom fish,” he says. “And we’ve also got a 6-meter boat we use in the estuary… Hawkesbury River and Brisbane Water. All told, we spend about 250 days each year on the water.”

Whether fishing offshore or in the estuaries, Captain Scotty and his crew rely on their Raymarine electronics to find and catch more fish. “They’ve just made our lives so much easier – the general day-to-day charter work of finding and catching fish for our clients, plus the added bonus of making our boat a tournament-winning package. Certainly, I couldn’t recommend Raymarine products highly enough,” he says. 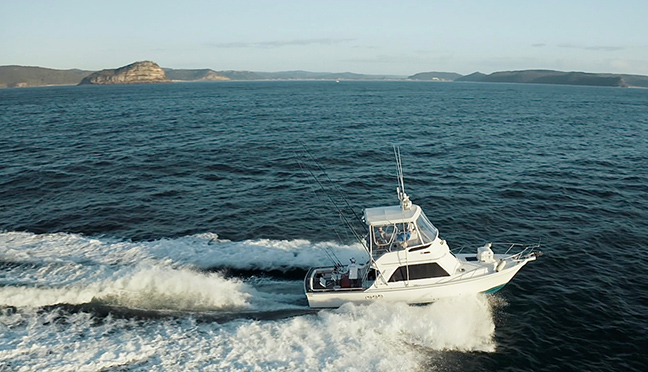 Freedom is equipped with four Raymarine Axiom® MFDs. “We have two 12-inch screens, a 9-inch and a 7-inch,” Thorrington says. “The 12” Axioms are paired with the Raymarine CP570 Professional CHIRP Sonar Module and an R509 3kW transducer that allows us to find the bottom in 3,000 meters.” Freedom has additional RV transducers mounted in the bow which give the crew access to RealVisionTM 3D and SideVisionTM sonar. “These tools are invaluable when we’re bait fishing in the mornings, and when marlin fishing, SideVision gives us the ability to look 200 meters off each side of the boat. We don’t worry about driving past fish anymore. Quite often we’ll mark a marlin 100-150 meters out to the side, do a turn on him and catch him.” 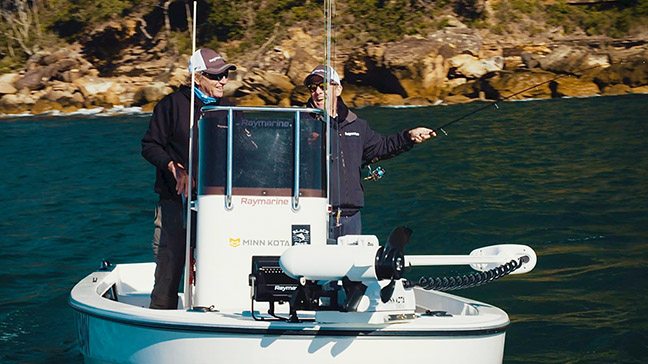 Thorrington’s small boat runs three screens. “We have a 12” Axiom on the console, plus a 9” Axiom Pro on the bow, which gives anglers fishing off the bow the ability to see under their feet,” he says. “We’re also running a 9” ElementTM HV at the helm,” Captain Scotty adds “Its 1.2mHz HyperVisionTM sonar is good to about 30 meters and gives us absolute, crystal-clear definition when we’re fishing around sunken boats, jetties, breakwalls… that sort of thing. We can mark fish right up against those breakwalls and throw a lure right in there.” 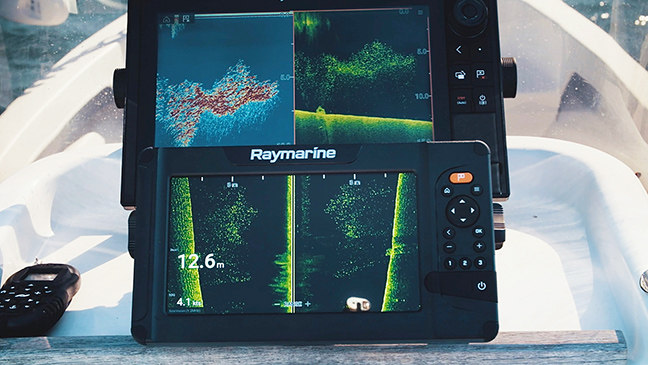 While Thorrington thoroughly enjoys the competition tournaments provide, he says seeing old friends is just as much a draw. “I guess we keep fishing tournaments because of the camaraderie. A lot of these people that you see, you only see them once a year and it’s at a tournament. It’s good to catch up with old friends, but it’s also good to win,” Thorrington says with a smile. “Certainly, Raymarine has helped us greatly there. We’ve gone from just competing in tournaments, to now regularly finishing in the top couple of boats.” 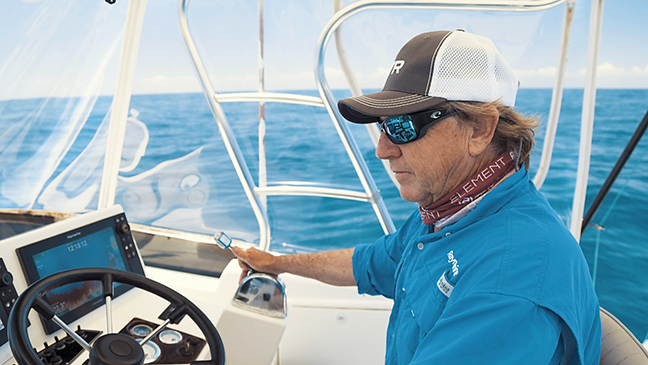 Thorrington says having four Axioms MFDs – constantly giving him and his crew up-to-date information about what’s happening in and around the boat – borders on an unfair advantage, especially the range of sonar channels and frequencies he can dial in and display. “I tend to use medium CHIRP in my day-to-day fishing when we’re only fishing in 85 meters of water or less,” he offers. “It gives you the ability to get a nice, clean screen. High CHIRP is good for looking for fish species on the bottom, and when we go to low CHIRP we’re much deeper – usually deep-dropping in the canyons. I switch to low CHIRP in anything deeper than about 200 meters.”

Thorrington became a Raymarine Ambassador about five years ago. “The Ambassadorship with Raymarine has been fantastic for us. They get thousands of hours on the water, and we get to test the new products,” he says. “We get to develop those new products with Raymarine, so any problems are ironed out before they go into production. Ultimately, Raymarine makes it easier to catch fish and safer running out and coming back. It’s easy. Now, we go hunting. We don’t hope for a bite, we go and hunt fish… look for them, find them, and catch them.” 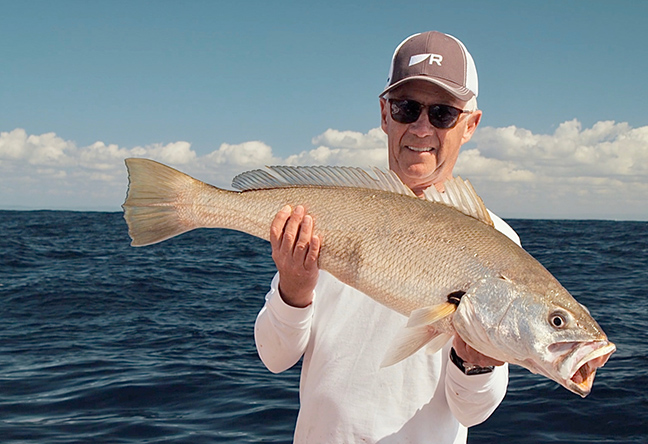 For more information on the Raymarine electronics, visit raymarine.com.

Learn more about Captain Scotty Thorrington and the Haven Sportfishing team at https://havensportfishingcharters.com.au.